How’s that for a start? James Outman hits incredible two-run homer on his MLB debut for Los Angeles Dodgers, just hours after being called up to the big leagues for the first time following a stint with Triple-A Oklahoma City

James Outman made the best possible start to his major league career on Sunday, hitting a brilliant two-run homer for the Los Angeles Dodgers.

Just hours earlier, Outman had been placed on the active roster for the first time, having previously been optioned to Triple-A Oklahoma City.

And in his very first at-bat in the big leagues, Outman fired a huge two-run home run to right-center field in the 3rd inning, putting his side 2-0 up against Colorado Rockies. 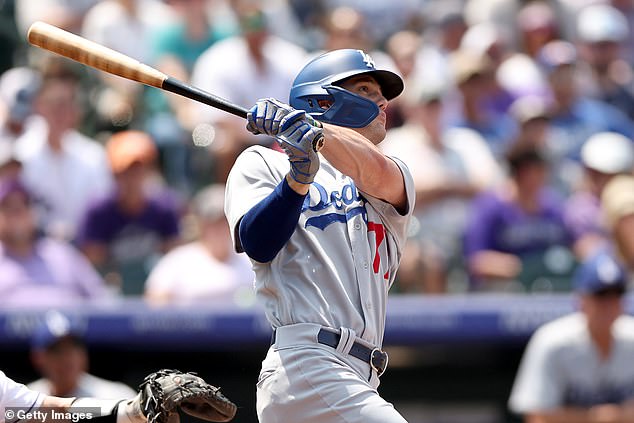 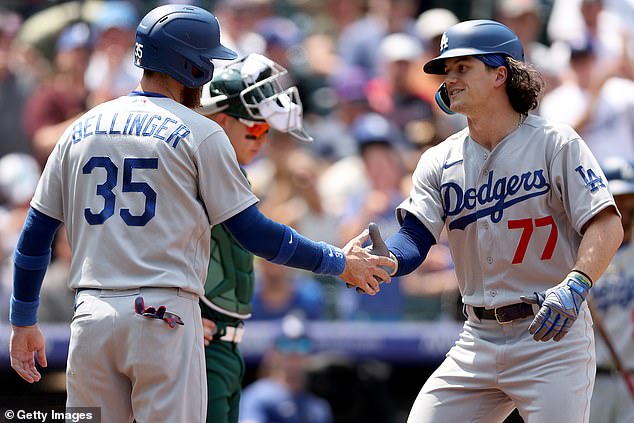 The 25-year-old, who was picked by the Dodgers in round seven of the 2018 Draft, appeared to take it all in his stride as he ran the bases, while a section of Dodgers fans in the crowd went wild.

In the bullpen, meanwhile, the rest of the Dodgers squad looked incredulous as their new active roster teammate returned, having just witnessed the incredible moment.

It has been a brilliant season so far for the Los Angeles team, who have a stunning 67-33 record and look destined for a big run into the postseason. 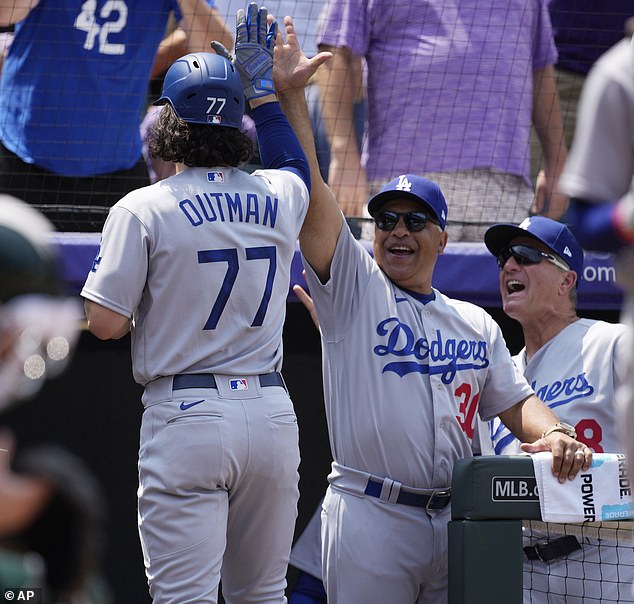 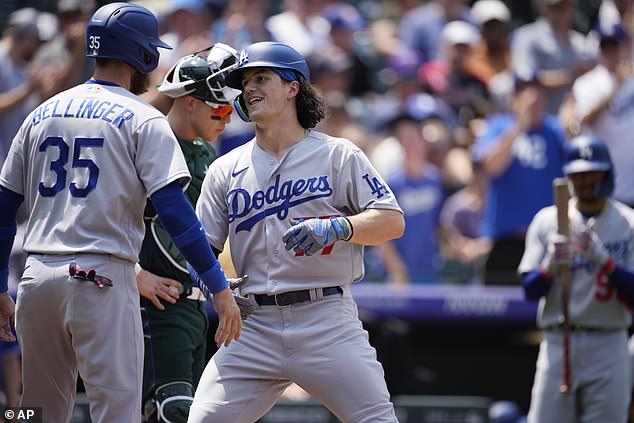 Outman, 25, was drafted in 2018 but was yet to be placed on the Dodgers’ active roster

As it stands, they are the favorites to win the World Series ahead of the New York Yankees, and Outman will be desperate to keep his spot and play a part in their potential success.

So far this season, it has been Mookie Betts, Freddie Freeman and Trea Turner hitting the majority of the team’s runs, with the former already racking up 23 homers.

Freeman has the best OPS of the team at .935, as the star-studded lineup continue to dominate whoever is put in front of them.