With NFL training camps in full swing, the big question surrounding ‘America’s Team’ is the balance at running back between star Ezekiel Elliott and last season’s surprise Tony Pollard.

Having two running backs who have shown their ability to take over games and produce results is a good situation to be in, especially for a team desperate to get back to the Super Bowl.

Cowboys owner Jerry Jones spoke to NFL Network about this issue, and kept his commitment to the veteran and former All-Pro Elliott. 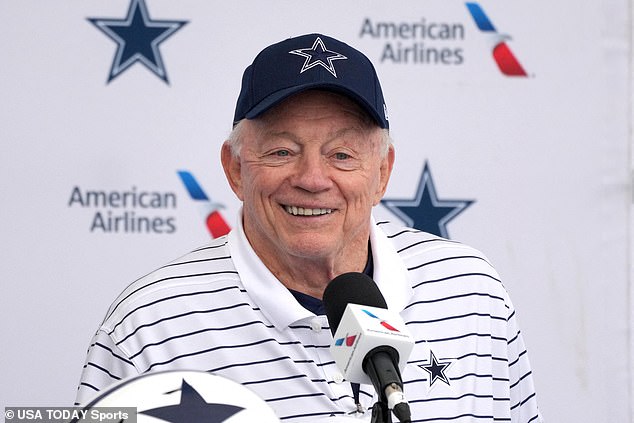 ‘No, seriously, Zeke’s gotta be our feature, and he is our feature,’ Jones told reporters.

‘We can feature him in a lot of different ways. We all recognize what he does in the passing game because of his protection ability. Don’t ever underestimate that, especially with Zeke.

‘Zeke takes some tolls when he’s out there as a back blocking. So it’s critical that we make Zeke — because he’s capable of being that — really the focus of what we’re doing.’

Despite statistics telling you that Elliott was a top-10 running back in rush attempts, rushing yards, and rushing touchdowns last season, Cowboys fans have been quick to criticize the fifth year product out of Ohio State. 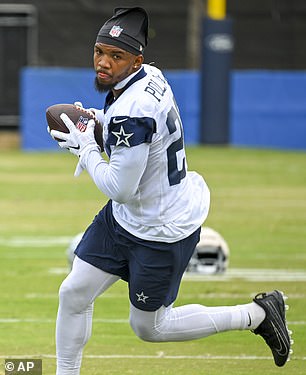 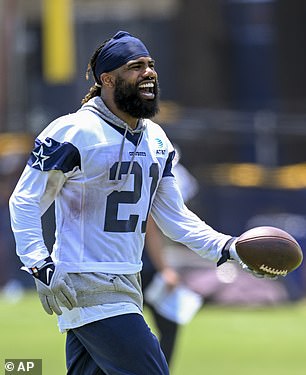 While some may look at the numbers above and see that Elliott is clearly the better running back, many fans feel the contract he was given demands a better performance.

Elliott’s six-year, $90million contract is the richest for a running back in the current league, with just over $50m of that guaranteed.

Comparing the running backs with the five largest contracts, 2nd place Alvin Kamara got more attempts than Elliott, while 4th place Dalvin Cook had more attempts and yards (3rd place Christian McCaffrey was injured for half the season).

Meanwhile, 5th place Derrick Henry had the same number of touchdowns while having a contract about $40m dollars lower.

Whether Cowboys fans anger is deserved will be up to them to decide, as Elliott should factor into the team’s offense for years to come. 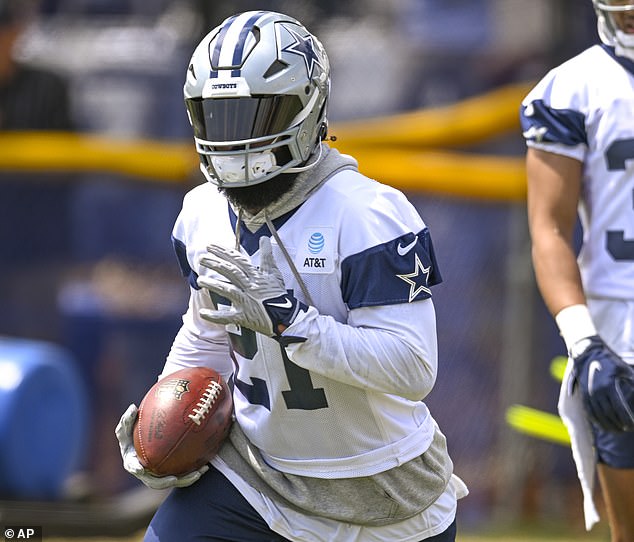 As for Pollard, the third year running back out of the University of Memphis delighted fans with an effort that occasionally outshone that of Elliott’s.

It’s left Jones promising there’s a place for him in the team.

‘There’s plenty of room for Pollard when Zeke’s in there. Pollard needs to get the ball.’

Whatever intensity there may be in competition for snaps, players like quarterback Dak Prescott say the two aren’t out to sabotage or cheer for the other’s demise.

‘Those are two guys without egos. They’re each other’s biggest fan,’ Prescott told the NFL Network. 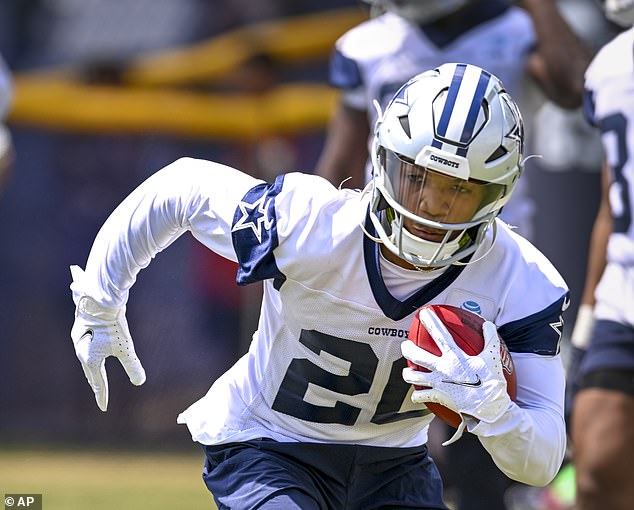 Can Pollard keep up his output from last season and push Elliott out of Dallas?

From outrageous back-heels to injury woes: Sportsmail runs down the highs and lows of Euro 2022

Gary Neville would NOT ‘kick Roman Abramovich out of Chelsea’