Leeds United boss Jesse Marsch has admitted it’s ‘hard’ not to see Kalvin Phillips every day, but has insisted the club will get stronger on the back of losing their two star players.

Manchester City signed the midfielder, who came through the Leeds academy, for £45million this summer, while Raphinha was also sold to Barcelona for £55m.

The club have spent just under £100million to make up for their losses, and help them progress up the table after narrowly avoiding relegation last season. 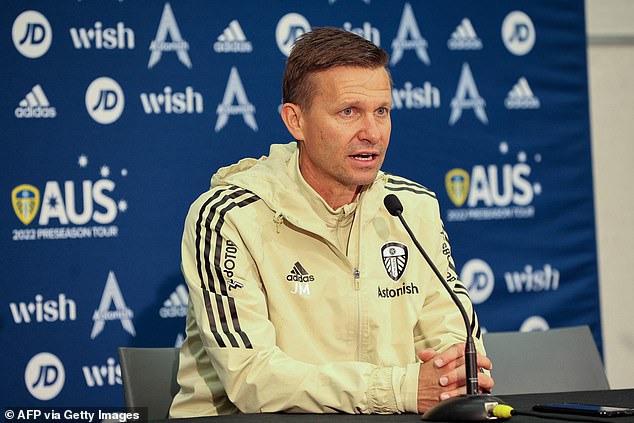 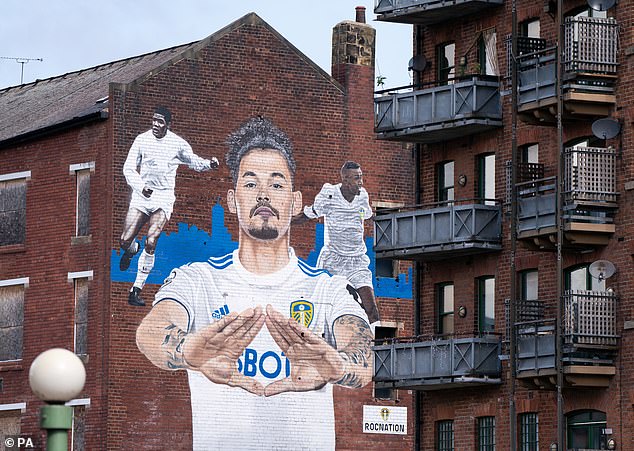 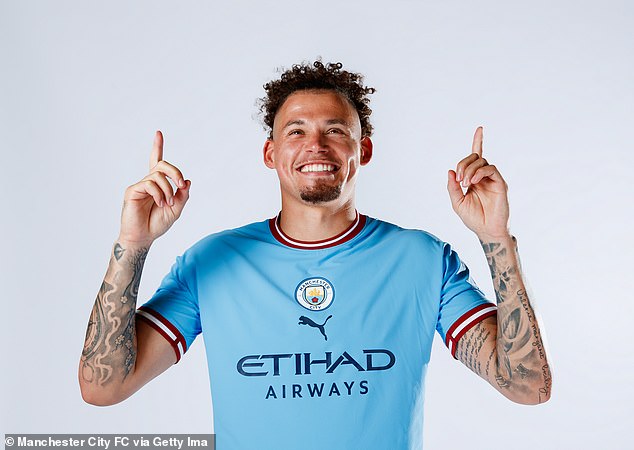 Ahead of their opener with Wolves on Saturday, Marsch has revealed his regret at seeing former captain Phillips depart in the summer, and was emotional at seeing a mural of the player in Leeds city centre.

He said: ‘I still have contact with him. I drove through the city last week and saw the mural which got me emotional.

‘Not having him in our kit is not easy to accept but moving forward we knew it was not going to be replacing him with one player.’

When quizzed more about his emotion of seeing the mural, he added: ‘When I knew I wanted to be a coach, I thought I would be about tactics and competitiveness. 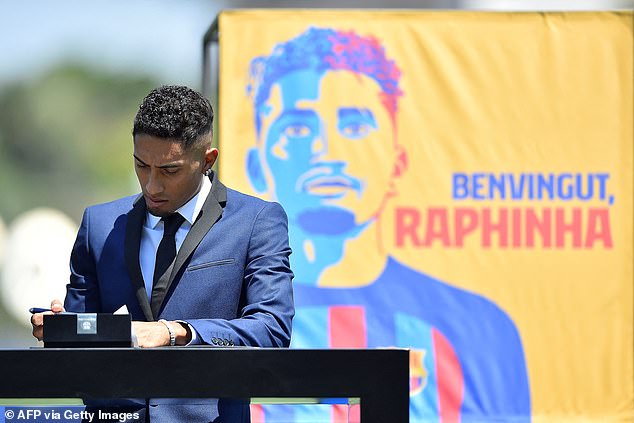 ‘And what I realised more and more is that the role of the father figure took a more prominent position in the way that I led because I care for people.

‘This is a people business. In a stressful 12 weeks, we invested everything we had.

‘With that comes affection for the people and for the situation and a fondness to the fact that we did it together. We achieved our goal, it wasn’t one person, it was as a group and everybody sacrificed everything they had to get there.

‘So when I see the mural of Kalvin I think it’s hard not seeing him everyday. It’s hard not being attached with a young man that you really like who has high potential and want to see be successful. Now I just need to see it from a little afar and see him in a ugly colour of blue.’ 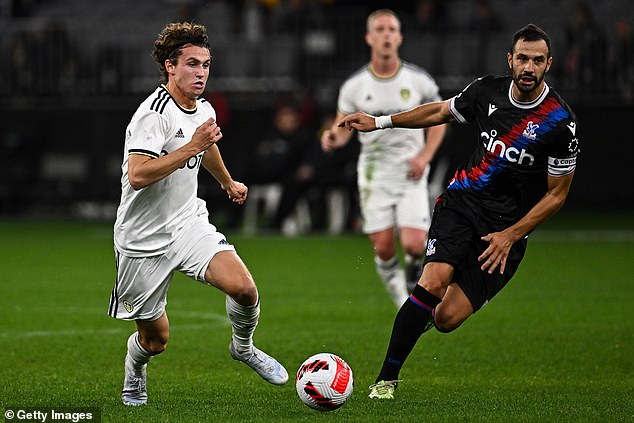 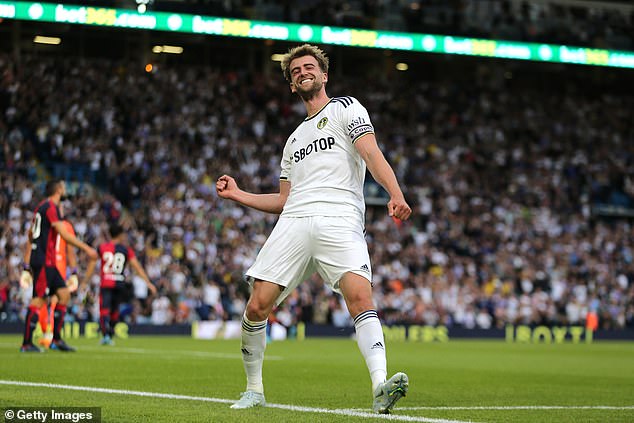 Marsch, added that it was great working with both Phillips and Raphinha but would use it to make them stronger.

Marsch said: ‘We have done a good job with deals so far and we trying to be very precise with who we want and what we need for the next steps through this window.

‘One addition next week and then continuing to look at what else is out there.’

Also in his press conference, Marsch revealed that striker Patrick Bamford is ‘close’ to 100 per cent fit, while Liamm Cooper, Junior Firpo, Adam Forshaw, Luke Ayling and Sinisterra are all out for their clash with Wolves.