‘It’s about digging in and finding a way to win’: Skipper Jordan Henderson admits his Liverpool team had to come through tough moments to seal comeback win over Aston Villa and keep the title pressure on Manchester City

Liverpool went 1-0 down against Villa in third minute of their clash at Villa Park. Henderson said they knew it was going to ‘tough’ heading into the game but claimed the ‘boys did well to dig in’ and get a result.

He also heaped praise on Mane for ‘the amount of work he does for the team off the ball’ and the goals he scores on the ball – claiming it was the Senegal international who ‘got Liverpool the three points’. 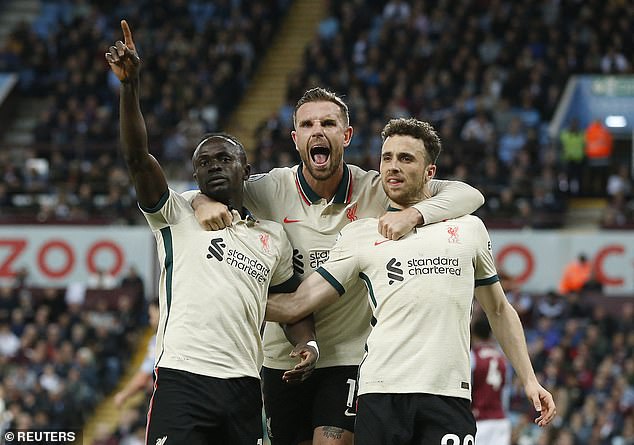 Douglas Luiz opening the scoring for Aston Villa early on but Joel Matip managed to claw one back for the visitors just three minutes later.

However, it was Mane who provided Liverpool with the winner in the 65th minute to keep their Premier League title hopes alive.

Speaking about Liverpool’s performance after the game, Henderson said: ‘The boys have been incredible for a long period of time and tonight [Tuesday] was no different. 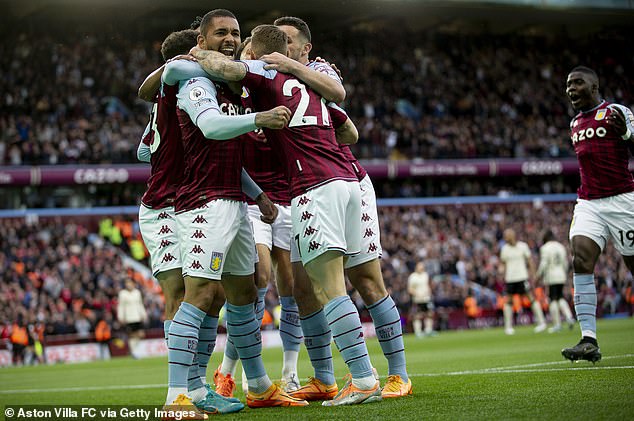 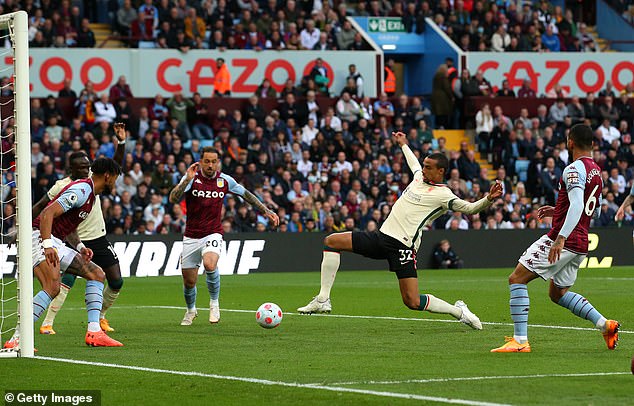 However, Henderson said Liverpool did well to ‘dig in’ and score – thanks to Joel Matip

‘We knew it would be a tough game coming here against a good team and we knew there would be tough moments but it is about digging in, keeping going and finding a way to win and the boys were incredible again tonight and we got the three points.

‘It was a bit frantic and as the game went on I felt we did that [got more control], scored a couple of goals and overall it was a good performance.’

He went on to gush about his team-mate and heap praise on the Senegal international for his contribution on not just Tuesday evening, but the entire season.

The Liverpool captain said: ‘Sadio Mane’s performances have always been incredible. The amount of work he does for the team off the ball, defending at the end and but he has the quality in and around the box. It was an incredible finish and he gets us the three points.’ 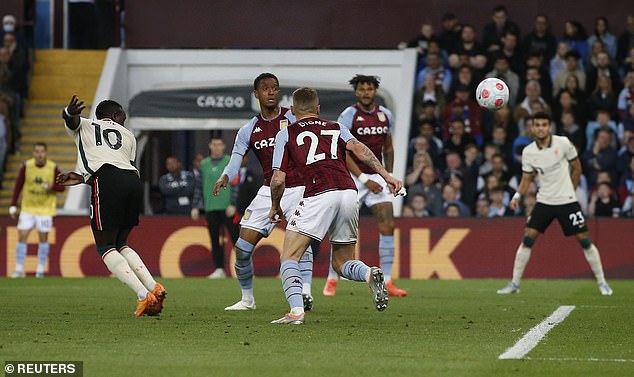 Henderson went on to reflect on the rest of Liverpool’s season and said they must ‘concentrate’ heading into their remaining fixtures.

‘It was always going to be tough and we have to keep going. We’re in the same position as we were before the game. It was a big game and another three points,’ he said.

‘We concentrate on what we need to do. It is another big game at the weekend, the FA Cup final and we have to recover for that. It is out of our control [in the Premier League], we do not need to waste energy on that.’

Jurgen Klopp’s side will take on Chelsea next in the final of the FA Cup on Saturday evening. They will then face Southampton in their next Premier League fixture.

Champions League: Real Madrid’s players touch down in London ahead of Chelsea clash