‘Tougher than a $2 steak!’: Julianna Pena reacts to UFC boss Dana White’s claims she ‘lost a chunk of her forehead’ and immediately went to a plastic surgeon after punishing loss to Amanda Nunes

Pena was left a bloody mess by Nunes after five one-sided rounds and UFC president Dana White believed she would need surgery for a ‘chunk missing from her forehead.’

Nunes gained revenge on Pena at the first available chance after losing her title back in December 2021. Pena was dropped multiple times during the rematch and no judge scored a single round in her favour. 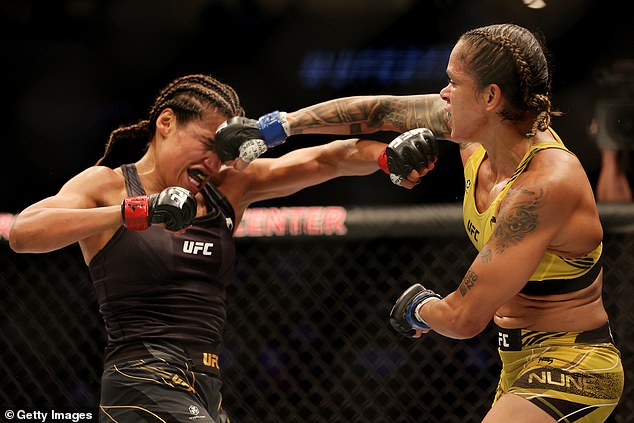 Nunes landed 85 brutal, significant strikes on Pena in just 25 minutes inside the octagon 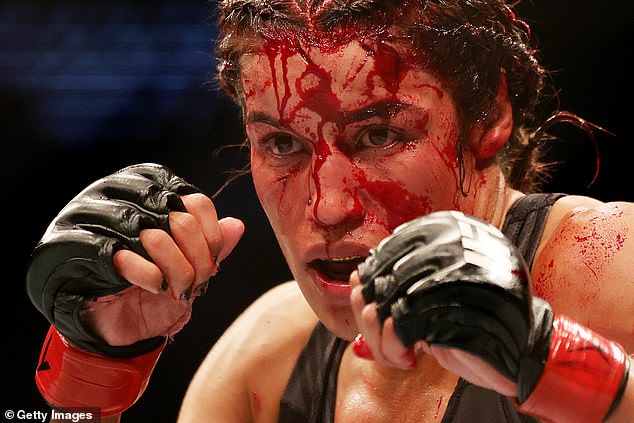 However, Nunes couldn’t put the champion away and while Pena showed admirable grit, many were concerned she took too much damage.

White had said in the immediate aftermath that Pena would need surgery, saying: ‘Julianna’s got a big chunk missing from her forehead. She’s going to see a plastic surgeon right now.

‘(She’ll) take some time to heal, and then I don’t know. She got pretty banged up tonight. It was like five or six knockdowns in the first two rounds. She was hurt.

‘She needs to take some time off, relax, spend some time with her daughter and then we’ll go from there.’ 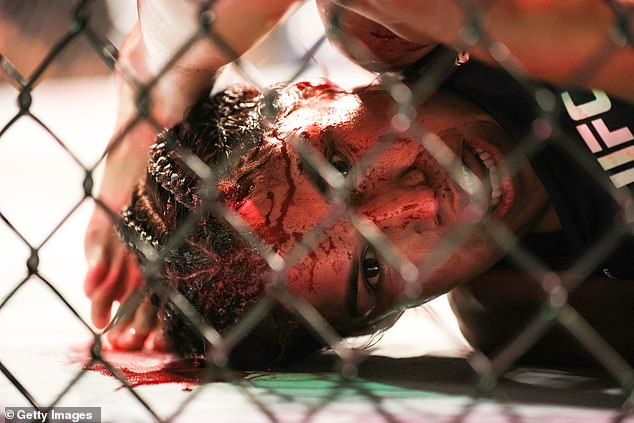 On the top right part of Pena’s forehead, you can see the chunk Dana White is talking about 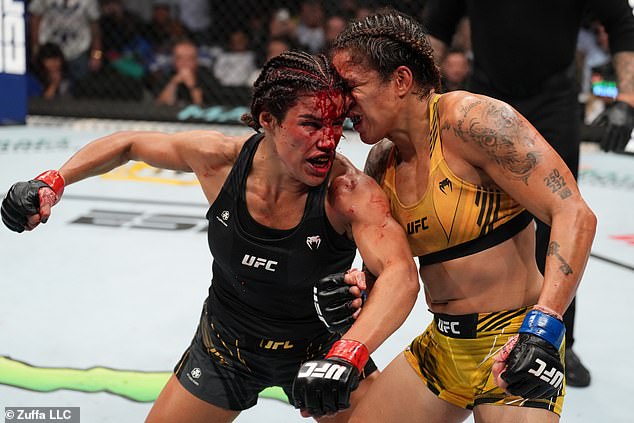 Pena battled, but she was beaten on the ground too as Nunes had nearly 12 minutes control 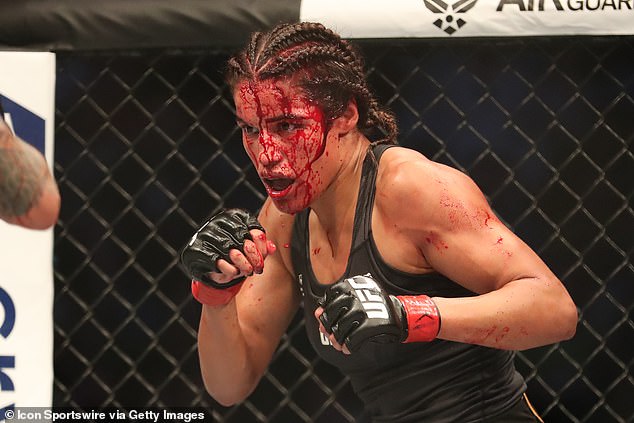 Dana White was worried for his fighter, but it doesn’t seem as though Pena will be out very long

Pena, 32, revealed that she escaped needing any surgery and the gash simply required stiches to close.

‘Tougher than a two-dollar steak,’ she wrote on social media. ‘Thanks for the love everyone! Just a cat scratch that required a few stitches, no chunks missing, no surgery necessary. Love you all! We’re 1-1 now.’

Pena is certainly suggesting that there should be a trilogy between the two, but after such a comprehensive loss, it’s hard to make an immediate case for it.

Instead, the idea of a trilogy with Valentina Shevchenko seems to be on the radar of Nunes, who has once again been installed as the women’s number one pound-for-pound fighter by the UFC.

Nunes, who has already beaten the Russian twice, said: ‘She’s a champion too, that would be awesome.’

Inter Miami: Ryan Shawcross opens up on his start in coaching, THAT Aaron Ramsey tackle and Stoke