The 29-year-old triumphed with 6377 points ahead of Northern Ireland’s Kate O’Connor who took silver and England team-mate Jade O’Dowda in third in Birmingham.

It is Johnson-Thompson’s first victory since winning the world title in 2019 having recovered from at least one career-threatening injury. 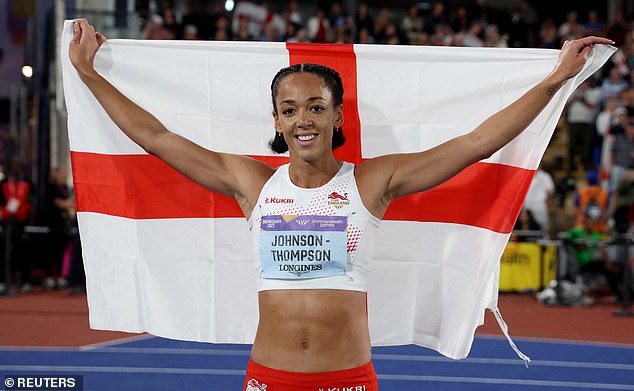 A ruptured Achilles threatened her Olympic dream last year and, even though she made it to Tokyo, she suffered a serious calf injury in the 200m and had to withdraw.

Her injury nightmare meant she was unable to defend her world title in Eugene last month, finishing eighth, as Nafi Thiam reclaimed the crown after losing to Johnson-Thompson in Doha in 2019.

But at the Alexander Stadium she ended her wait for a win.

Johnson-Thompson held an overnight lead and clung onto a 122-point advantage after the long jump on Wednesday morning.

She then consolidated her lead with a stunning personal best of 44.33m in the javelin, one of her weaker events, leaving her on the verge of gold.

It gave her a 136-point advantage over Northern Ireland’s O’Connor heading into the final 800m and she ran two minutes 13.93 to finish second in the race and comfortably claim overall victory.

MARTIN SAMUEL: It can’t have been fun for Tiger Woods. It didn’t look like fun

Does Kompany know what he’s getting himself in for at Burnley? The job is a risk for both parties