Kyle Walker reveals he still hopes to return from his ankle injury for Manchester City’s Premier League run-in… despite boss Pep Guardiola insisting he’s out for the season!

Kyle Walker has insisted he could still return to action for Manchester City before the end of the season, despite manager Pep Guardiola’s claims to the contrary.

The 31-year-old full back limped off in City’s Champions League defeat against Real Madrid earlier this month, having pushed through the pain barrier to start, with Guardiola stating he will therefore miss the rest of the campaign.

But when asked about the condition of his ankle, Walker told BBC Radio 5Live he is hopeful of returning to help his side secure the Premier League title. 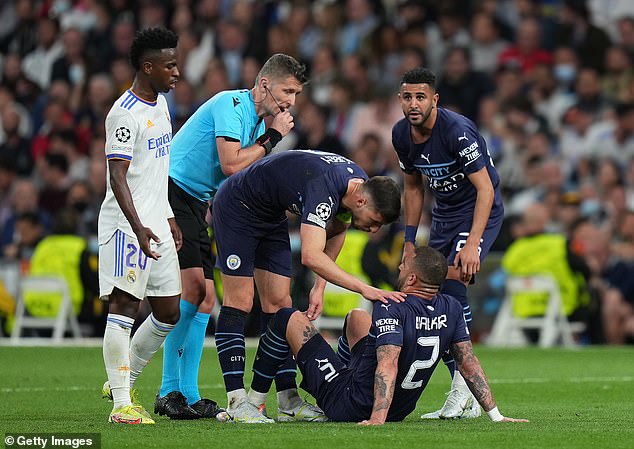 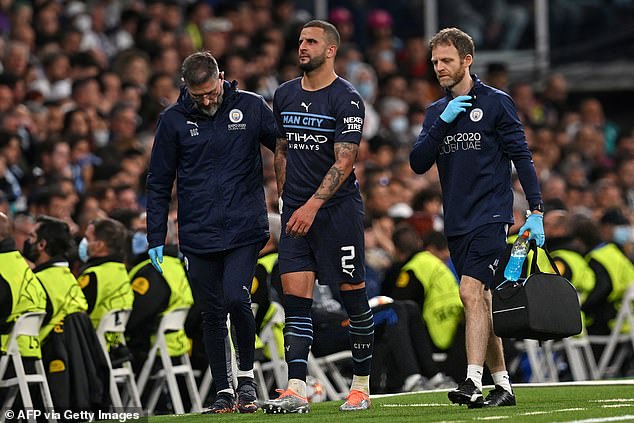 He said: ‘It’s alright, it’s alright. I wouldn’t say it’s perfect, obviously it’s had two very bad injuries in two games but I’m hoping. I’ve still got hope until the end of the season, until that whistle goes 90 minutes in at the Etihad against Aston Villa, that’s when I’ll say my season is over and have a little bit of a rest.

He then opened up on the risk of choosing to play in the Champions League semi-final against Real Madrid despite not having fully recovered from injury. Walker played well but limped off on 72 minutes to be replaced by Oleksandr Zinchenko. 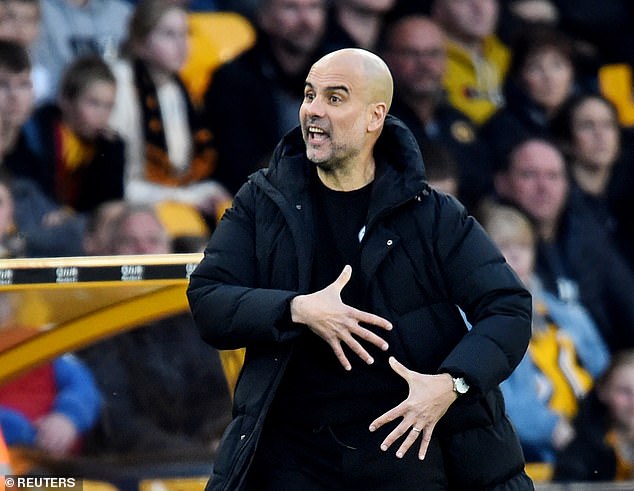 He added: ‘It was massive, it was massive. I’m not talking behind anyone’s back while I’m saying this but I did no training.

‘I walked straight on from the physio bench straight into the Bernabeu and played football. As a professional and in them games you don’t want to miss out on it. I feel that I could give something to the team to definitely help stop the winger [Vinicius] that was causing a lot of problems and had a lot of pace.

‘When I was on the field I thought I did okay, I didn’t really feel 100 per cent and comfortable in doing what I normally do on the field but I felt I did my job as well as I could. After the ankle twist, it was better someone else came on rather than me carry on through injury.’