Leeds, we thought, would take their game to another level for the presence of supporters inside Elland Road. Energy breeds energy, after all.

And yes, they have found a new level – only this is a rung down from where they were last season. Several rungs, in fact.

It is early days, of course, but with the noise has come chaos, and not of a heady offensive nature. No, this is defensive disorder. 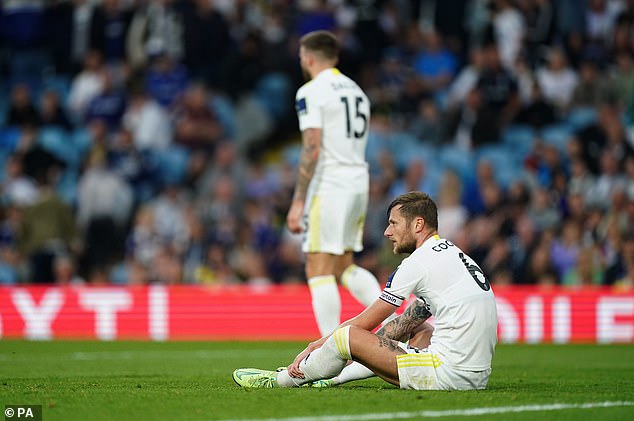 Marcelo Bielsa is a bold and brilliant tactician. Leeds will be fine, as they say. But it certainly was a novel strategy not to mark Virgil van Dijk from corners.

It was one from such act of lunacy that Fabinho scored Liverpool’s second goal on 50 minutes and all but ended a contest that, somehow, Leeds remained part of to that point.

Van Dijk was not the only Liverpool centre-back with an apparent exclusion zone around him. Joel Matip was allowed to look like Franz Beckenbauer as he stepped from defence and threaded the passes that would lead to Mo Salah’s first-half opener. 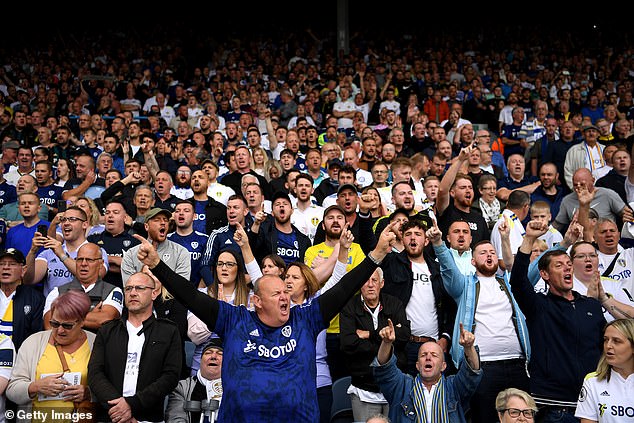 Listen, accusations of Leeds being too open for their own good are nothing new. But there was always a pay-off. They would rob Peter to pay Paul. Or rather, rob Liam to pay Pat.

Early on here their forward play was fluid, as ever, only this time the water was a trickle as opposed to a burst. It would eventually dry to nothing.

Liverpool, in fairness, saw to that, for they were excellent. But there is no escaping that Leeds are a subdued version of the side who made such a racket behind closed doors last season.

Bielsa has, undoubtedly, improved each of his players as individuals. Kalvin Phillips and Patrick Bamford are now England internationals because of their coach’s influence.

But, as a team, fundamental flaws remain, especially in defence. When they also malfunction at the other end of the field, they are left brutally exposed, as we saw here and on the opening day at Manchester United during a bruising 5-1 defeat.

The locals are restless, too. There was in-game frustration with several of their number – the distribution of defender Liam Cooper a particular cause of ire.

In the hours before kick-off, the local radio station here talked about a performance – and not necessarily a result – as a response to Leeds’ winless start to the season. 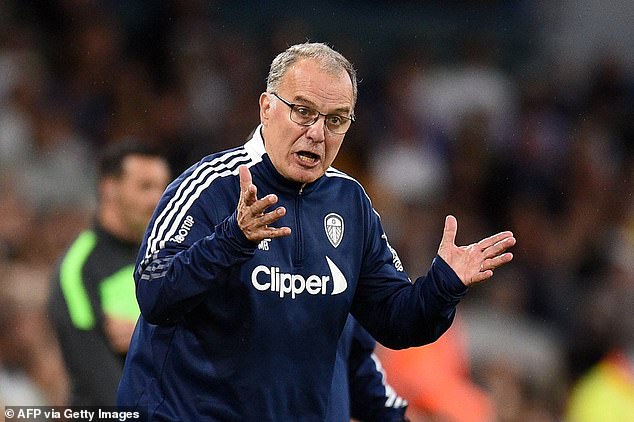 This, though, was another disjoined display that raised more questions than answers. Afterwards, Bielsa took responsibility.

‘What I chose did not allow our very good forwards to create danger and shine in the game,’ he said.

‘It was difficult for us to put passes together. Our creative players did not perform. But what I am unsatisfied with is my own performance.

‘I cannot be satisfied with how I have managed these games (so far this season). We were too far away from Manchester (United) and Liverpool to compete on equal positions. The results were fair.’

Bielsa had said on Friday that he would go to bed dreaming of his front three of Bamford, Raphinha and Jack Harrison being better than Salah, Sadio Mane and Diogo Jota. Sadly, for him, that remains a dream. 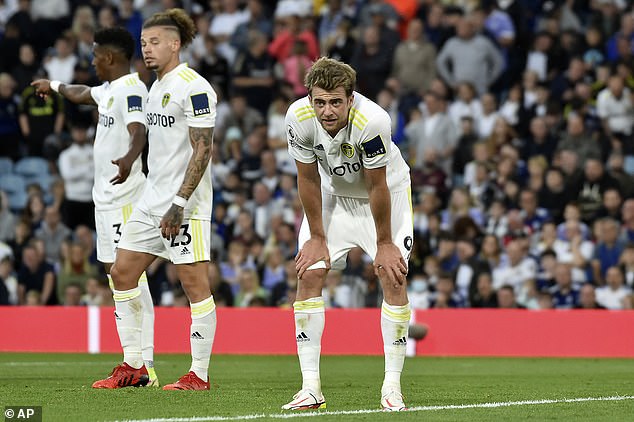 But here he was, his first club outing as an international footballer. This, though – much like his score-less England bow against Andorra – did not reflect the form that won him his deserved elevation in the first place.

There was an opening inside three minutes that he skewed wide and another on the half hour when his heavy touch denied him a chance to shoot. ‘That’s twice he’s done that,’ screamed one fan.

It was evidence of a slight annoyance that exists among a crowd who perhaps expected it to be different on the back of last season.

The cheers for Bielsa and the players at the end told of a wider reality, and that is of a fanbase so passionately invested in their club. Indeed, there are tens of thousands on a waiting list for season-tickets.

Performances and results will have to improve, however, if that number is not to dwindle.