Formula One star Lewis Hamilton has joined the Denver Broncos franchise as an owner.

The seven-time champion has become a part of the the Walton-Penner Family Ownership running the three-time Super Bowl champions.

‘He is a champion competitor who knows what it takes to lead a winning team and a fierce advocate for global equality, including in his own sport.

‘With over 100 race wins, Lewis is considered the most successful driver of all time.

‘His resilient spirit and standard of excellence will be an asset to the ownership group and the Broncos organization.’ 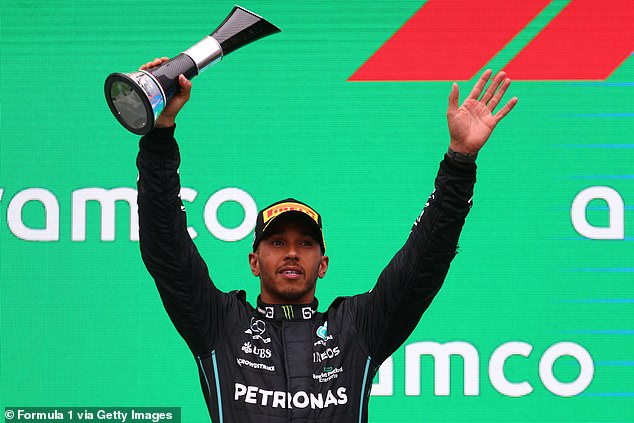 The Broncos reached a $4.65billion agreement to sell the club to the Walmart heirs.

If the purchase is approved by the NFL, the deal would be the highest price ever for an American sports franchise.

NFL bosses will reportedly meet a week today to determine the bid but is set to be passed.

Ashley Roberts puts on a leggy display in a green minidress and carries a £1,350 Balenciaga handbag