Brisbane midfielder Mitch Robinson has lost a $100 bet against teammate Charlie Cameron after the electrifying forward nailed the right goalpost with a pinpoint punt from 40 metres out.

A TikTok video posted by Robinson shows the 32-year-old teasing Cameron by saying, ‘Oi, if you hit the right goalpost I’ll give you a hundred bucks.’ 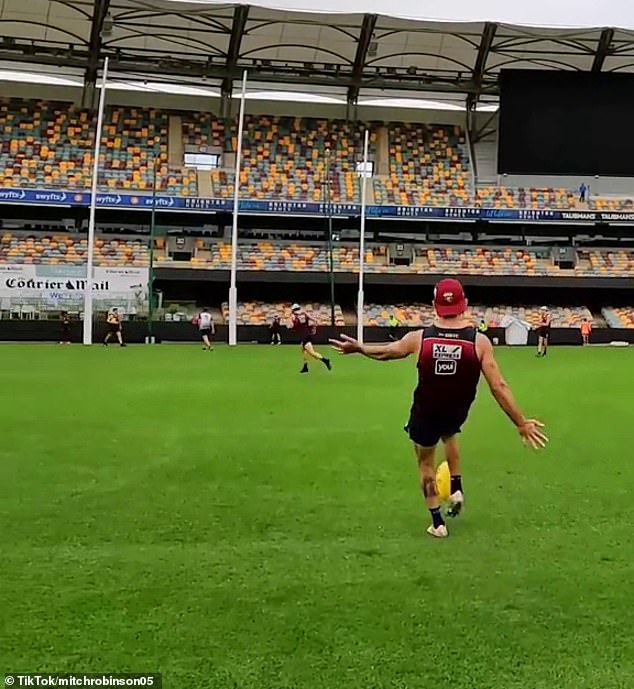 ‘Oh, say less,’ the former Crow replies, before asking, ‘Do you want a fade or a draw, though?’

The 179-goal Lion then struts up to the 40 and puts boot to ball, with the Sherrin looking like it’s going to miss to the right of the post before it swings back and hits it dead on. 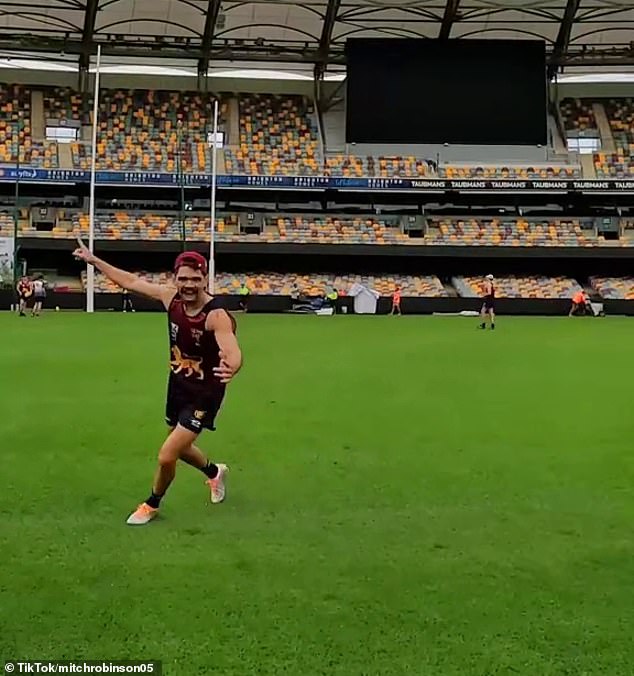 Robinson posted a TikTok video of himself handing Cameron two $50 notes the following day, with the caption: ‘A bet is a bet’. 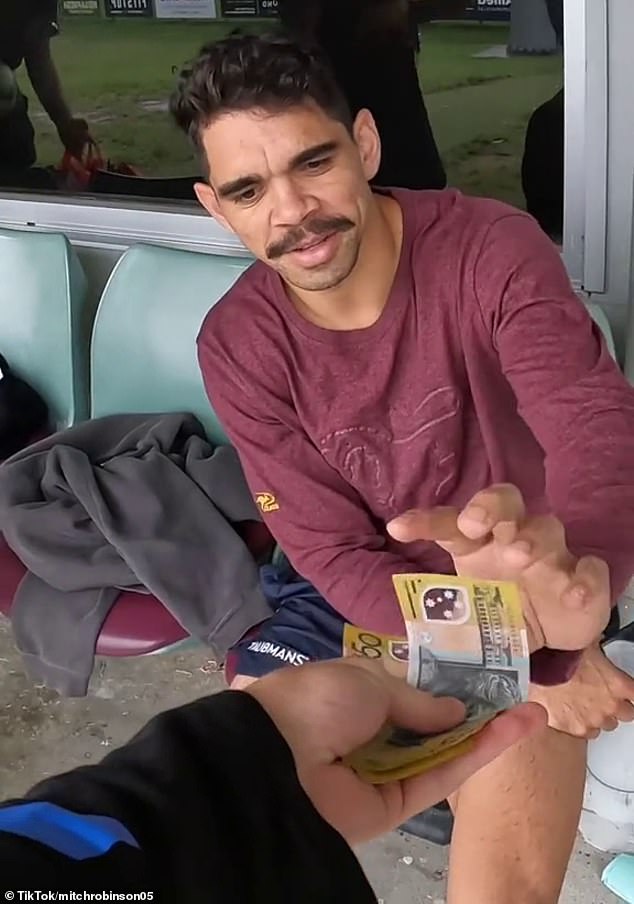 In the first eight rounds of the season, the 27-year-old has kicked 19 goals for the Lions as they sit near the top of the table.

The Indigenous star struggled at Brisbane in his first season with the club, losing 10 of the first 11 games he played in. 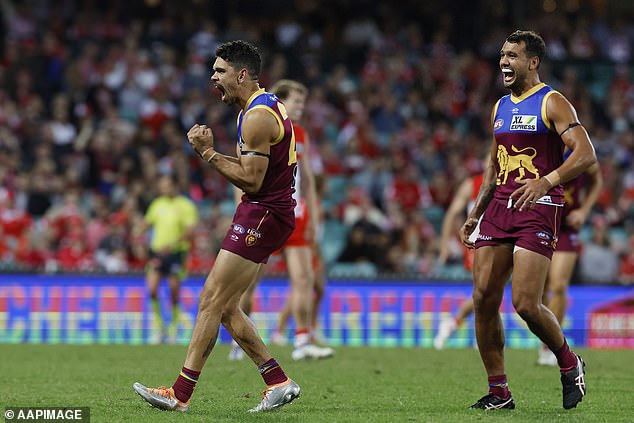 Since then, Cameron has been a staple in the Lions side as they won 53 of their next 75 games.

Man United: Marcus Rashford ‘is at training ground for TWELVE HOURS a day’