Liverpool forward Sadio Mane is set for his Bayern Munich medical TODAY ahead of £35.1m move to the Bundesliga as he jets into Germany

Sadio Mane has arrived in Germany ahead of a medical at Bayern Munich today as the forward edges closer to a move to the Bundesliga club this week.

Liverpool agreed a £35.1million deal with the German club for the 30-year-old last week.

The star forward is expected to be unveiled by the Bundesliga champions on Wednesday at the Allianz Arena.

The Reds had been reluctant to lose their star this summer, but a move became almost inevitable when the Senegalese international confirmed his desire to quit Anfield.

Mane’s Anfield exit sees Liverpool close edger to an end of an era as he is the first of Jurgen Klopp’s original front three to leave the club.

Alongside Mohamed Salah and Roberto Firmino, Mane helped the Reds win their sixth Champions League and end their 30-year wait for a Premier League title.

He joined Liverpool for £31million plus £2.5million in add-ons from Southampton in 2016 and quickly became an integral part of Klopp’s revolution on Merseyside.

Across his six year spell at the club, the Senegalese international scored 120 goals in 269 appearances in all competitions.

He has enjoyed an exceptional year so far, winning the Africa Cup of Nations with Senegal before helping Liverpool win the Carabao Cup and FA Cup and finish runners-up in the Premier League and Champions League.

While Mane is heading for the exit, Liverpool have already secured his replacement signing Darwin Nunez from Benfica for.

The Reds have also secured the signings of Fabio Carvalho and Calvin Ramsay as they wrap up their summer business. 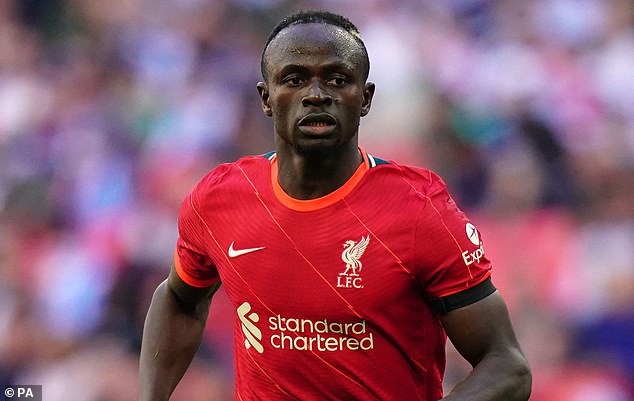