Liverpool have suffered a huge blow ahead of the new Premier League season after Ibrahima Konate revealed he will be out for ‘some time’ due to a leg injury.

The 23-year-old defender established himself as key part of the cup double winning squad last season after joining from RB Leipzig.

He made 29 appearances in all competitions. 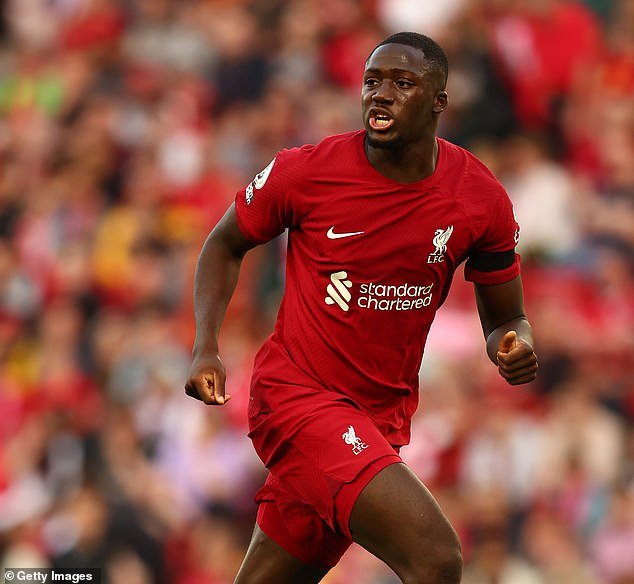 But Konate will miss the start of the new campaign due to an injury picked up in the 3-0 defeat in a pre-season friendly against RC Strasbourg Alsace on Sunday.

The Frenchman fell to the ground twice in quick succession during the early stages of the second half and was subsequently substituted by manager Jurgen Klopp.

‘Unfortunately, I have to spend some time off the pitch but it won’t be too long,’ wrote Konate on his Instagram page on Thursday evening. 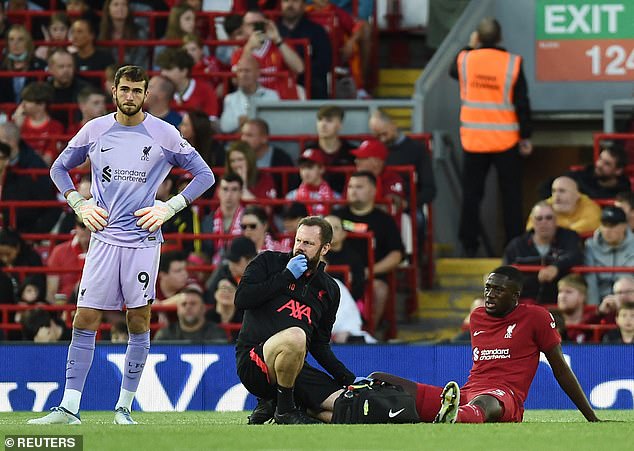 ‘In the meantime, I will be doing my best to come back even stronger and support the boys.’

An official statement from the club on the injury read: ‘Ibrahima Konate is set to miss the start of the 2022-23 season after sustaining an injury during Sunday’s pre-season encounter with RC Strasbourg Alsace.

‘The centre-back was forced from the field in the second half of the Anfield encounter having picked up a knock.’

Conor McGregor’s 34lbs of muscle gain in six months is impossible for most people, experts say