Mali ‘suspend training’ hours ahead of their opening Afcon match against Tunisia after a gun battle broke out between rebels and Government forces close to their base in Cameroon, killing two

Armed fighters have stormed a town in south west Cameroon close to the training base used by the Mali and Gambia teams at the Africa Cup of Nations.

The Mali team has suspended training prior to their match against Tunisia in nearby Limbe this afternoon, according to the Cameroon News Agency. Mali are due to play Tunisia in the opening game of Group F at the Afcon, this afternoon [Wednesday].

Two people are reported to have died following an exchange of gunfire between separatists and government forces at the central market in the town of Buea and five people have been injured, say local reports.

The west of Cameroon has been racked by an escalating conflict between the local English-speaking population and the government of the largely French-speaking country.

Sportsmail reported last month how the tournament mascot, Mola the Lion, was forced to wear a bullet proof vest and was escorted by heavily armed soldiers when he visited the region to promote it.

Armoured vehicles and heavily manned army checkpoints have been prominent in the town in recent weeks, with security checks on entry points to Limbe, which is 13 miles away. 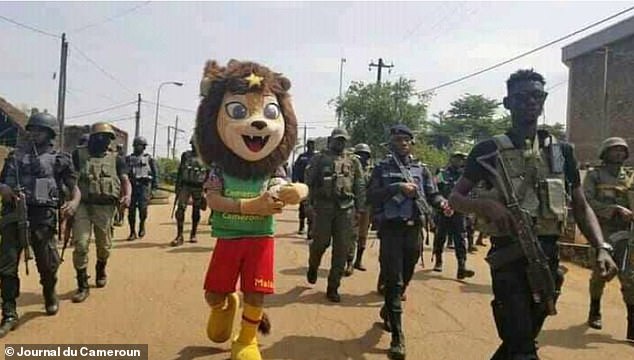 Africa Cup of Nations mascot, Mola the Lion, has worn a bullet-proof vest while touring western regions of Cameroon to promote the tournament because of widespread conflict

Separatists, who have objected to hosting games in the west of the country – an area they call Ambazonia – have threatened violence. They have claimed responsibility for the attacks.

One of the host cities, Limbe, is within the region and just 13 miles from Buea.

‘Two civilians (men) have been found dead at the Buea Central market following exchanges of gunshots between Ambazonia and government forces,’ the local news agency added.

In a video posted online, armed men can be seen moving through the streets and there appears to be audible gunfire. 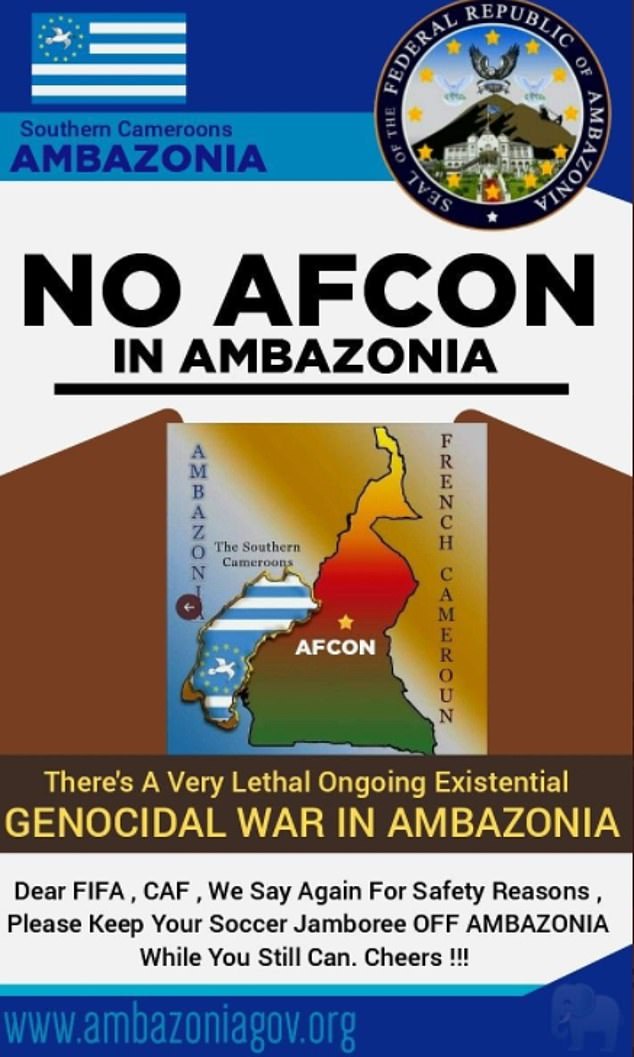 Euro 2020: Mason Mount and Ben Chilwell continue to train away from England team-mates