Manchester United’s ‘invisible’ grey 1995-96 shirt worn by Eric Cantona is put up for sale for an eye-watering £12,000… with ‘extremely rare’ kit only worn five times because the players moaned they couldn’t see each other!

An infamous ‘invisible’ grey football shirt worn by Manchester United legend Eric Cantona has emerged for sale for an eye-watering £12,000.

The club played in the ill-advised strip for away games during the 1995-96 Premier League season, but they soon ditched the jersey after losing four out of five games in it.

Things came to a head during an away game at Southampton in April 1996 where the team went in at half-time 3-0 down.

The players complained the grey shirts made their teammates blend in with the crowds and they couldn’t pick each other out on the pitch.

Sir Alex Ferguson ordered his players to change into a blue and white coloured strip, although they still lost the match 3-1.

Sir Alex said in his post-match interview: ‘The players don’t like the grey strip. The players couldn’t pick each other out.

‘They said it was difficult to see their team mates at a distance when they lifted their heads.’ 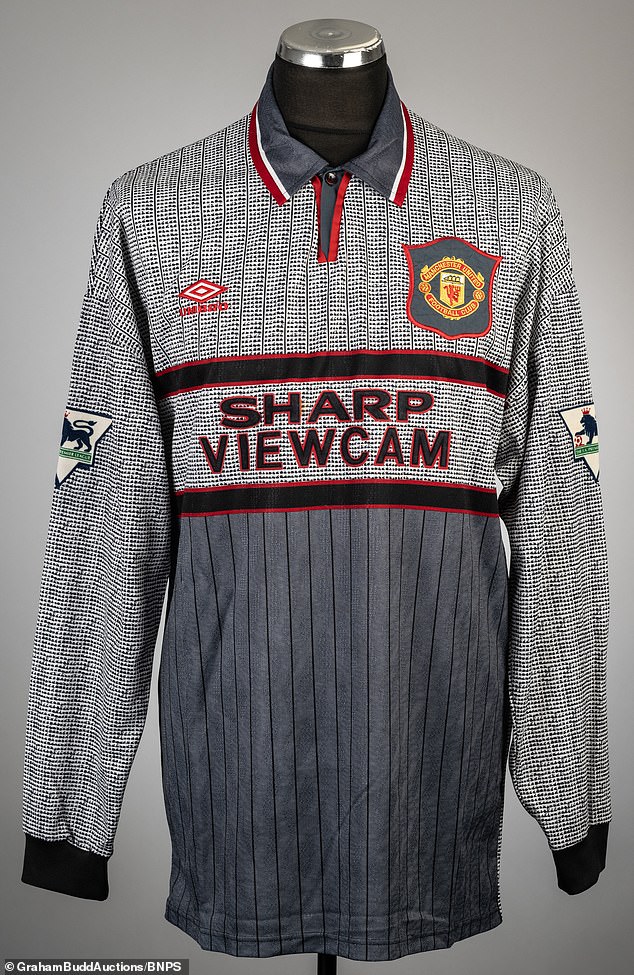 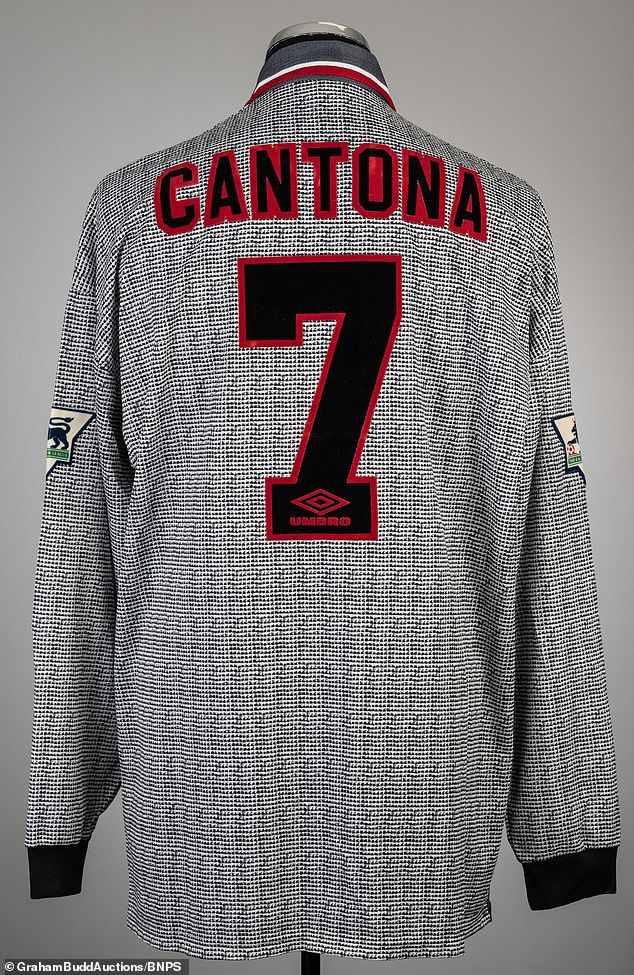 The long-sleeved XXL-sized Umbro shirt, with Cantona’s name and number seven on the back, is going under the hammer with Graham Budd Auctions, of London.

It has been consigned by an overseas private collector of Manchester United memorabilia and forms part of a sale that celebrates 30 years of the Premier League.

Adam Gascoigne, chief executive of Graham Budd Auctions, said: ‘A sale commemorating 30 years of the Premier league wouldn’t be complete without something from Eric Cantona. 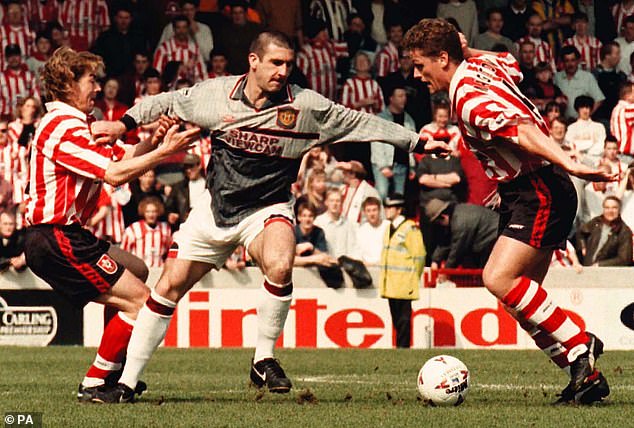 ‘This extremely rare grey ‘invisible’ shirt from the 1995-96 season is one of the great stories in the history of the Premier League.

‘Man Utd only wore the kit five times, losing four and drawing once.

‘Losing at half time to Southampton at the Dell, Sir Alex finally had enough and ordered the players to change in to their blue and white third choice kit.

‘But it was to no avail, as they still lost the game and were fined for changing kits!’

Despite their travails in the grey shirt that season, Man Utd still won the league, holding off Kevin Keegan’s Newcastle United.

The sale takes place on May 24.

ONE HUNDRED Partygate fines: Police reveal number of fixed penalty notices has DOUBLED in a month

Chelsea: Andreas Christensen out of Man City clash with Covid