Manchester City have unveiled a statue of Sergio Aguero outside the Etihad Stadium to mark the 10-year anniversary of his famous title-winning goal in 2012.

City posted a video on Twitter showing the statue, which depicts Aguero’s pose after scoring the club’s most historic goal of all-time in the 3-2 win over Queens Park Rangers.

Former City players including ex-captain Vincent Kompany, Yaya Toure and Joe Hart were among those to pay tribute to the Argentine, the club’s record scorer with 260 goals, in the video. 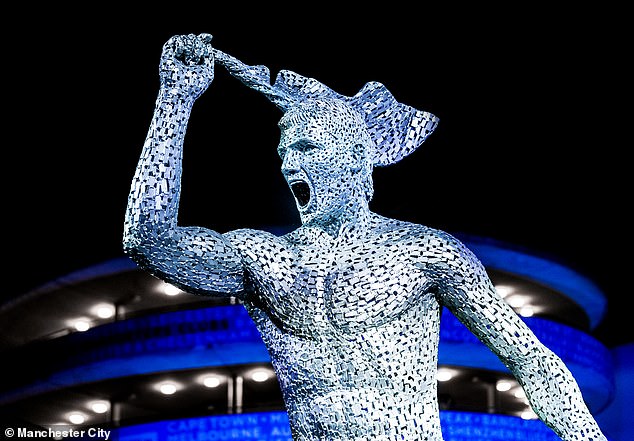 ‘Truthfully, it is a very beautiful thing for me, to see myself 10 years ago is very moving,’ said Aguero.

‘In those 10 years I was able to win a lot of trophies and was able to help the club become one of the most important in the world.

‘I am very grateful to the club for making this statue in recognition of my football career in Manchester. It is something very special.’ 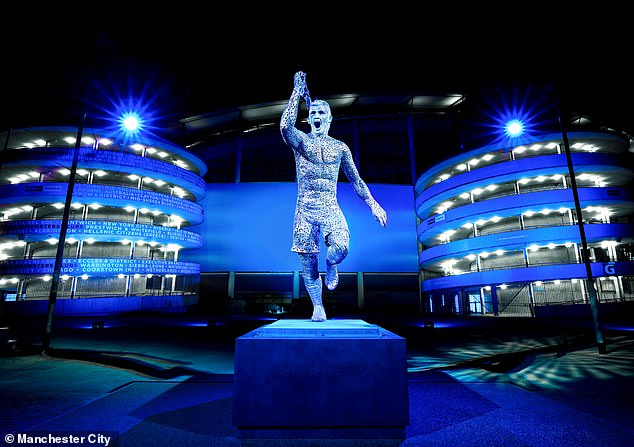 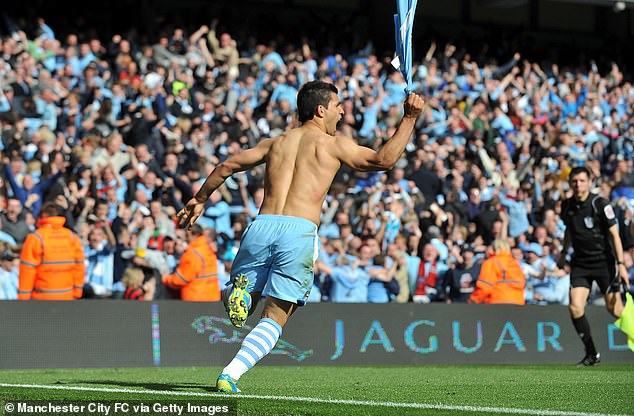 City said the statue, created by award-winning sculptor Andy Scott, celebrates Aguero’s ‘outstanding contribution to the club’s success, and in particular, his pivotal role in what was arguably one of the greatest moments in sporting history for which he will be eternally remembered by Manchester City fans around the world’.

Aguero, who retired in December due to a heart condition, is scheduled to visit the statue at the Etihad later on Friday, which marks exactly 10 years since his goal snatched the Premier League title from rivals Manchester United on the final day of the season. 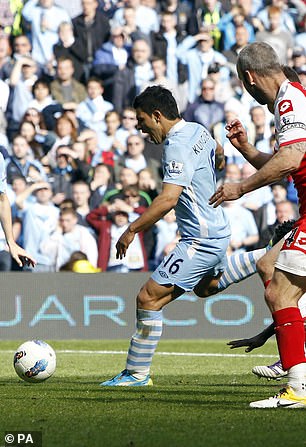 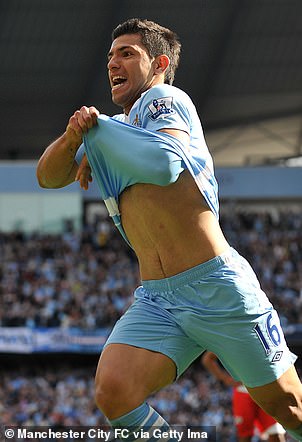 ‘If you look at the ten years since, that was the moment that introduced what lies ahead. He is a legend of this club.’

The unveiling of the statute comes at the end of a week in which City finally secured Aguero’s predecessor.

City have been searching for Aguero’s replacement since he departed last year and sealed a £51million deal for Erling Haaland on Tuesday. 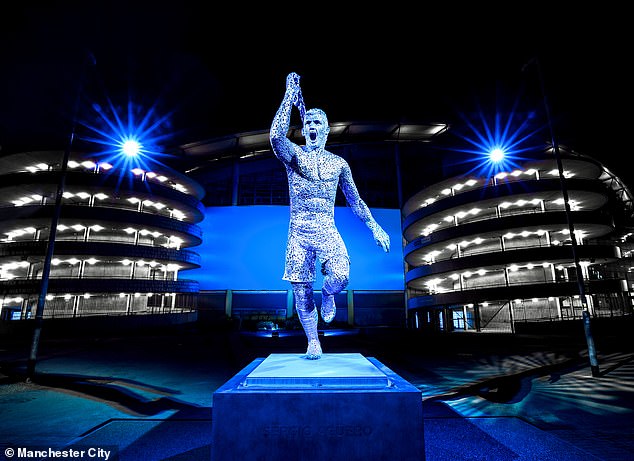 LaLiga showdown: Atletico Madrid and Real Madrid to tussle for the title on the final day