‘Let’s hope his football is as good as his body’: Manchester United fans marvel at Axel Tuanzebe’s ripped physique as the centre back prepares to try and impress new boss Erik ten Hag in pre-season training

Manchester United fans are marvelling at centre-back Axel Tuanzebe’s ripped physique as he prepares for his return to the club this summer.

The England youth international will return to the club this summer following two unsuccessful loan spells at Premier League rivals Aston Villa and Serie A side Napoli.

He is one of a number of players who will likely be fighting for their place at the club this summer as Erik ten Hag seeks to overhaul his United squad, with Eric Bailly and Anthony Martial already deemed surplus to requirements. 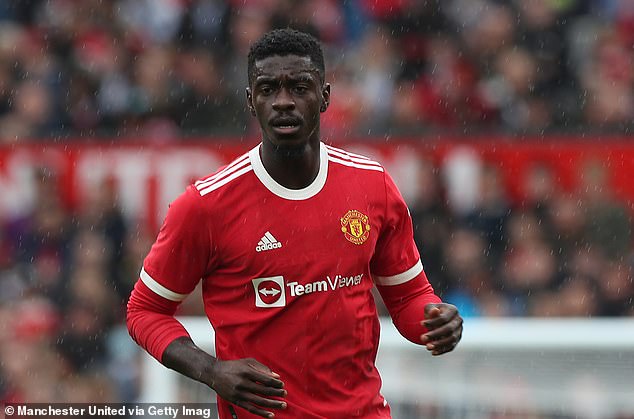 Tuanzebe is another of United’s academy graduates, but has failed to impose himself under any of the the club’s managers in recent years. 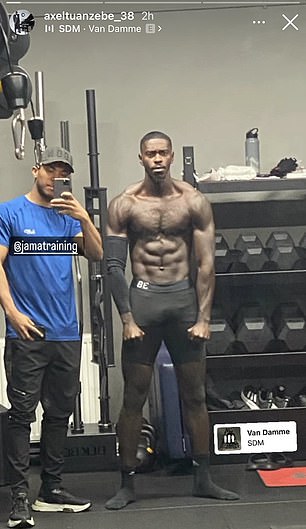 Having only played 37 senior games for the Red Devils since 2017 the centre-back has spent several spells on loan at Aston Villa, playing 46 times for the club across three spells.

Tuanzebe played only nine Premier League games for the Villains in his most recent spell, which ended in January, with the player struggling to stake a claim to a starting spot under Steven Gerrard before joining Napoli.

And with the chance to impress United’s new man at the helm, Tuanzebe has clearly been putting in time at the gym in an attempt to showcase his dedication and willingness to impress heading into a new era at Old Trafford.

One fan expressed a hope that the player’s improved physical condition might translate to a better technical ability, with United needing greater defensive stability next season.

Another user, @fynestkingzo, suggested Tuanzebe must be training for a career switch to UFC

The Manchester Evening News has also compared the defender’s transformation to that of Bayern Munich midfielder Leon Goretzka, who infamously packed on the muscle in a short space of time in 2021.

In 2019 Tuanzebe became the youngest player since Norman Whiteside to captain the side, doing so in a Carabao Cup clash against Rochdale, before making his Champions League debut in 2020.

The defender pulled of a remarkable display in keeping PSG and France star Kylian Mbappe quiet, and it is this sort of performance that United fans and officials alike will hope the Tuanzebe can bring this summer.