‘The plans are for him to pitch Tuesday in Washington.’

The two-time NL Cy Young Award winner has not pitched for the Mets since July 7, 2021.

The 34-year-old right-hander was sidelined the final three months of last season with right forearm tightness and a sprained elbow. 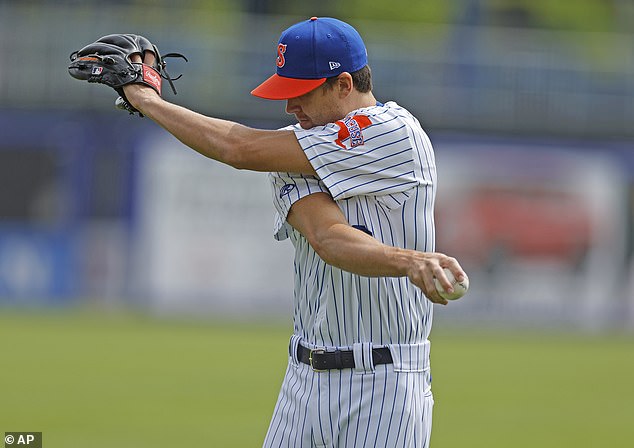 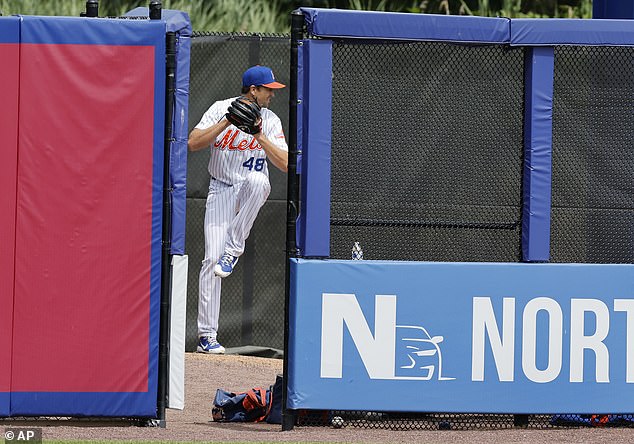 Due to injuries, deGrom has only managed a combined 27 starts in the 2020 and 2021 seasons

He was then shut down late in spring training because of a stress reaction in his right scapula.

DeGrom has made four minor league rehab starts totaling 12 2/3 innings, two at Class A St. Lucie and two with Syracuse.

He’s allowed five runs — four earned — and seven hits with 21 strikeouts and four walks, hitting 100 mph on the radar gun even in his first outing.

‘I think more than anything feeling for him and the emotions he’s going through,’ Showalter said.

‘It’s been a long haul for him, knowing how hard he’s worked and how frustrating it’s been. You know how much he likes to compete and pitch.’ 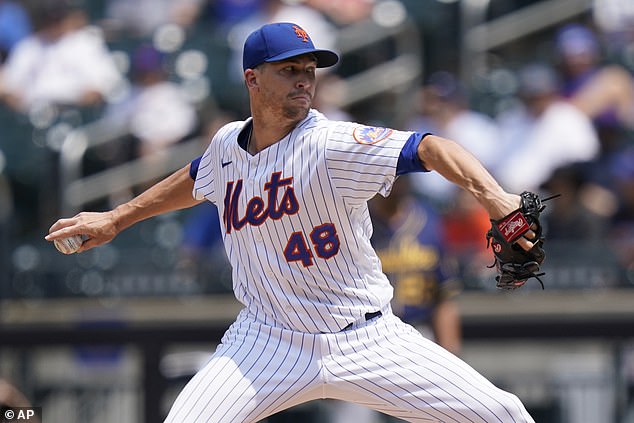 This picture from July 7, 2021 marks the last time deGrom pitched in the majors 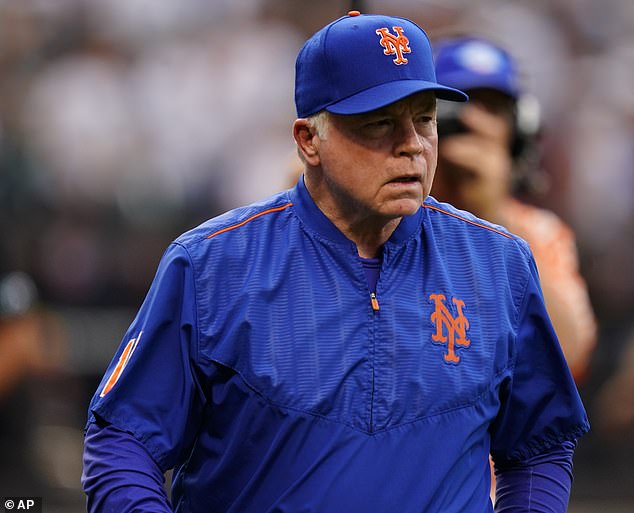 The ace pitcher joins a Mets starting rotation that has guided the team to the fourth best record in baseball and a lead in the NL East.

Fellow Cy Young Award winner Max Scherzer has led the starting corps in ERA, while Carlos Carrasco and Taijuan Walker have put up the 4th and 14th best pitching records in the leagues respectively.

Meanwhile, the fifth member of the rotation, Chris Bassitt has cracked the top 25 in the league in strikeouts.

DeGrom’s arrival comes just before Tuesday’s MLB Trade Deadline, and he should have an impact as the Mets battle their division and the National League to make its first World Series appearance since 2015.

Ascential shares tumble as media group swings to a loss

Manchester United: Is Liverpool defeat their most humiliating in Premier League?