Miami Dolphins are hit with huge penalties for tampering with Tom Brady (twice!) and Sean Payton… as NFL announce they have been STRIPPED of 2023 first-round draft pick, while owner Stephen Ross is suspended and fined $1.5m

The Dolphins were disciplined Tuesday for ‘integrity of the game’ violations by the NFL, as Miami will have to forfeit its 2023 first-round pick and its 2024 third-round pick.

The punishment stems from a six-month investigation regarding events between 2019-22, from which the team is found to have had ‘impermissible communications’ with both Tom Brady (on two occasions) and then-Saints coach Sean Payton. Brady was on the Patriots at the time.

The investigation also looked into claims that they team intentionally ‘tanked’ during the 2019 season to improve its draft position in the 2020 draft. 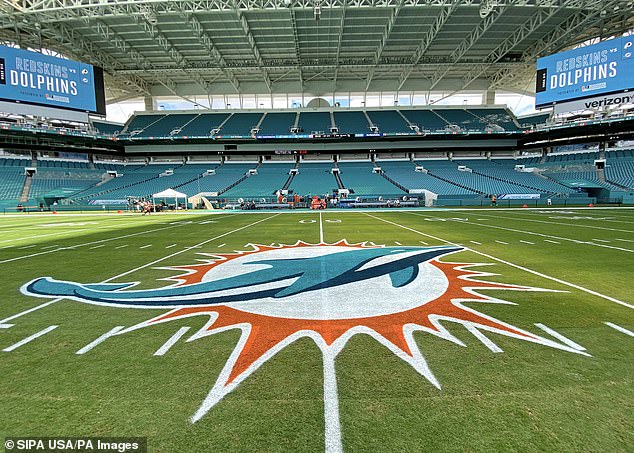 The team has lost two draft picks as a result of the investigation.

The investigation found that the Dolphins did not intentionally lose games, but that team owner Stephen Ross expressed multiple times throughout the season that the team’s draft position should take precedence over its record.

The probe also found that an alleged $100,000 offer from Ross to then-head coach Brian Flores to lose games was not intended to be a serious offer.

Ross has been fined $1.5 million, removed from all league committees indefinitely, and suspended through October 17 from being at the Dolphins facility.