Female MMA fan suffers BRUTAL fall after foolish attempt to storm the octagon, having jumped over the barriers only to be smashed by a ruthless security guard at UFC 274

Footage has emerged of a female MMA fan foolishly attempting to storm the octagon at UFC 274 in Phoenix, before being smashed by a security guard.

The clip that went viral on social media, the supporter in attendance at Footprint Center on Saturday night spoke to a friend filming her before jumping over the barrier and running towards the cage.

She was cheered on by those around her and reached as far as the edge of the octagon before trying to climb up. 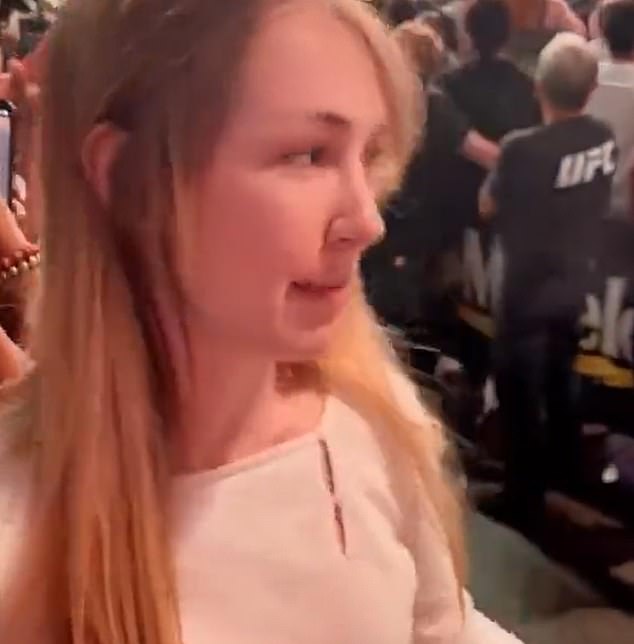 One UFC fan was filmed trying to enter the cage at the event in Phoenix, Arizona 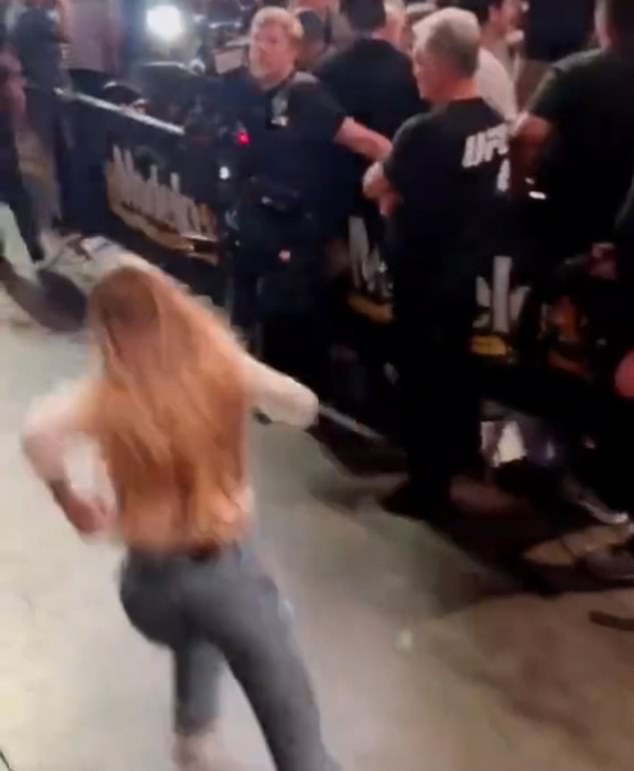 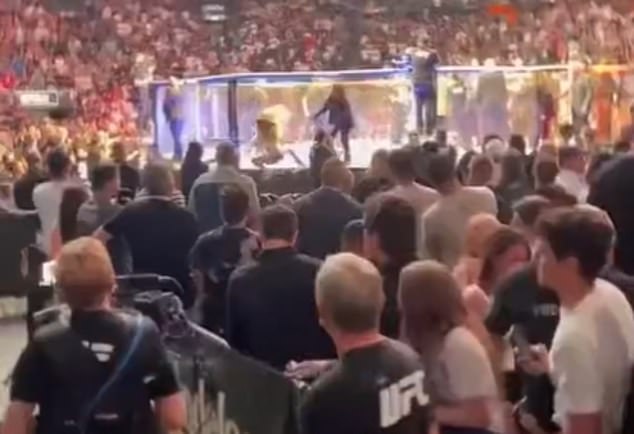 When the fan reached the cage, a security guard shoved her away in brutal fashion

The fan managed to just about get a foot on the platform surrounding the cage before a security guard shoved her away.

It appeared to be a hard fall and there were initial concerns about how much damage was caused but the video later showed her being led away by another member of the security team.

An official told MMA Fighting that the fan was seen by the medical staff after the incident and was uninjured.

‘It was swiftly dealt with and she was ejected from the arena,’ the official confirmed.

The UFC have a highly organised group working for them at events around the world as the fan found out the hard way. 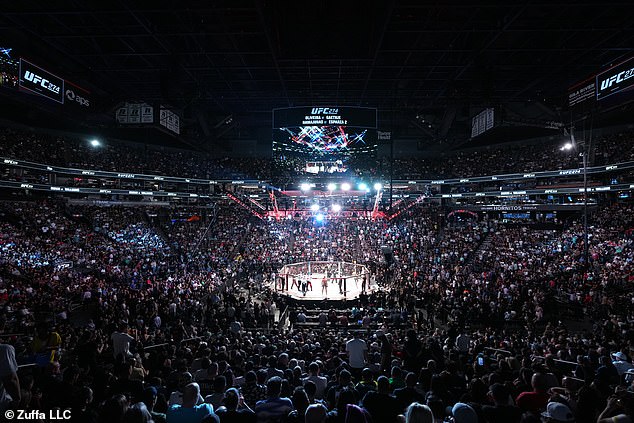 There was a raucous atmosphere inside Footprint Center on Saturday night

There was a raucous atmosphere inside the arena in Arizona and the fans made themselves heard.

A cacophony of boos rung out during Carla Esparza’s 25-minute strawweight title win over Rose Namajunas due to an astonishing lack of action.

But they were delighted by the stunning KO delivered by Michael Chandler on Tony Ferguson in a clash dubbed ‘the people’s main event’.

The headliner also delivered superb entertainment for as long as it lasted, with Charles Oliveira beating Justin Gaethje by first-round submission after both men were knocked down. 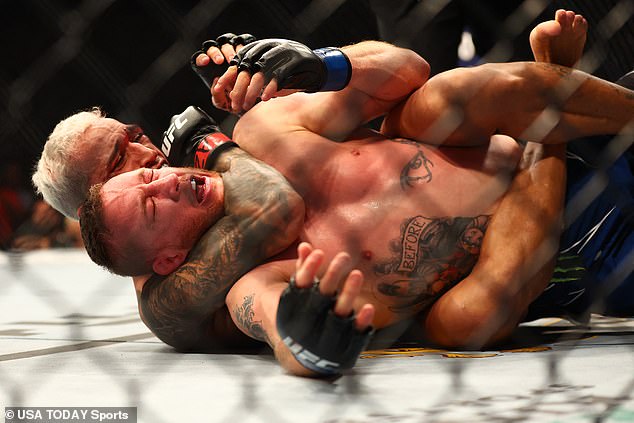