New Arsenal signing Matt Turner refuses to sign a Tottenham fan’s shirt – and is overheard calling it ‘disgusting’ – after his final game for New England Revolution… and Gunners supporters are already calling him ‘a legend’!

New Arsenal goalkeeper Matt Turner has already endeared himself to supporters by making his feelings known about arch-rivals Tottenham.

The US international will finalise his move to the Gunners from New England Revolution on July 1.

He played his final game for the American team on Sunday and quickly demonstrated his loyalty to his new home.

Turner went over to a section of fans to sign things after the game but there was one item he simply refused to.

‘Oh no’, he said, as a man wearing a Spurs shirt held out another for him to sign.

He proceeded to back out of signing the top and say ‘disgusting’ before continuing to accommodate the other supporters.

Arsenal fans loved the moment, replying on Twitter with ‘already a legend’ and ‘build him a statue’.

Turner, who won the MLS Goalkeeper of the Year award last season, has 16 caps for his country and started all six of their games at the 2021 CONCACAF Gold Cup. 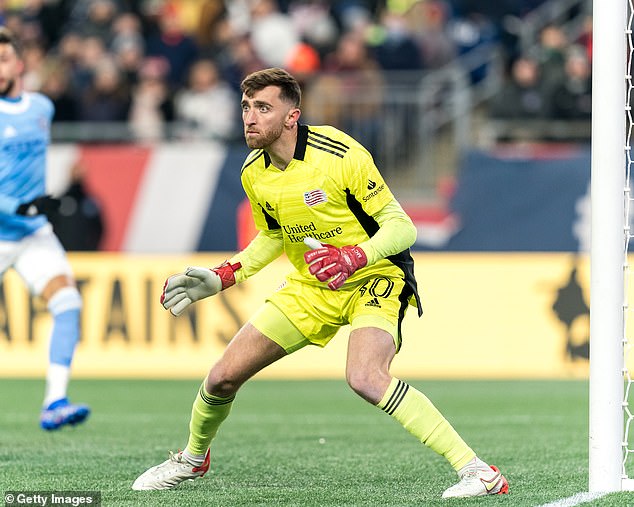