After completing one of the most expensive transfers for a teenager in MLS history, new Chelsea man Gabriel ‘Gaga’ Slonina is looking forward to his move overseas.

The 18-year old keeper will be staying with his current club, Chicago Fire FC, until January.

The Illinois native is excited to move to England, saying Chelsea’s history of developing young players attracted him to the club.

‘It was a no-brainer for me to want to join that team, such a massive club with so much history and the things they have done in the past years has truly been amazing. So it’s an incredible honor to be joining the club,’ Slonina told reporters. 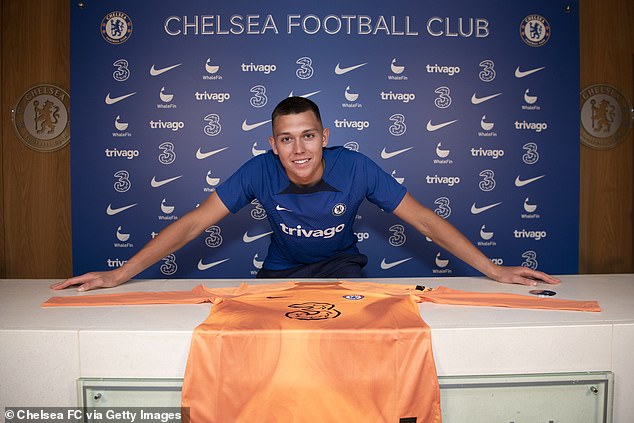 ‘It was a no-brainer to join Chelsea because of the development I’ll be able to get there.’

He added that fellow American international Christian Pulisic has reached out, offering to help him settle in when he moves to Stamford Bridge.

Slonina has been something of a revelation on a Chicago team that hasn’t impressed in this current MLS season.

Despite Slonina having the joint second most clean sheets in the league, Chicago hasn’t managed to score that much.

The team’s 24 goals is the second worst mark league wide, only just ahead of last place Sporting Kansas City.

Despite this, Chicago sit 10th in Major League Soccer’s Eastern Conference table, just two points out of a playoff spot.

He does have eligibility to play for Poland through his ancestry, and he was called up to the Polish senior team in May.

However, Slonina rejected the call-up, stating his intentions to play for the USMNT. 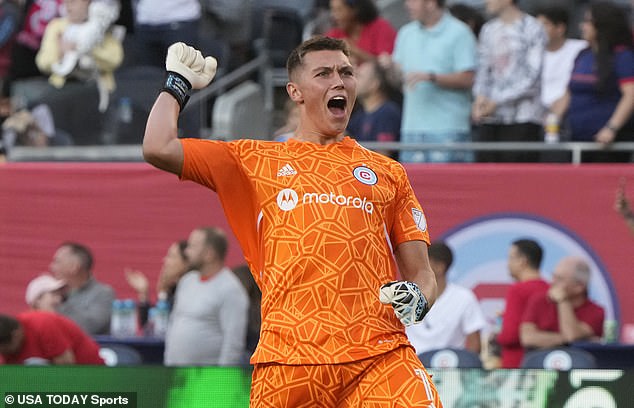 Juventus ‘ready to freeze Aaron Ramsey out of the first-team’