New York Giants offensive tackle Matt Gono ‘likely has a career ending neck injury’… months after joining the team from the Falcons, where he missed the entire 2021 season with the issue

Giants offensive tackle Matt Gono looks like he’ll be calling time on his career at just 26 years old, as a neck injury will ‘likely’ force him to retire early, according to ESPN.

Gono joined the Giants this offseason from the Falcons, where he played in 21 games but missed the entire 2021 season after undergoing neck surgery.

The injury was reported by ESPN at the time to not be season-ending, though the offensive lineman has now been out of action since the 2020 season. 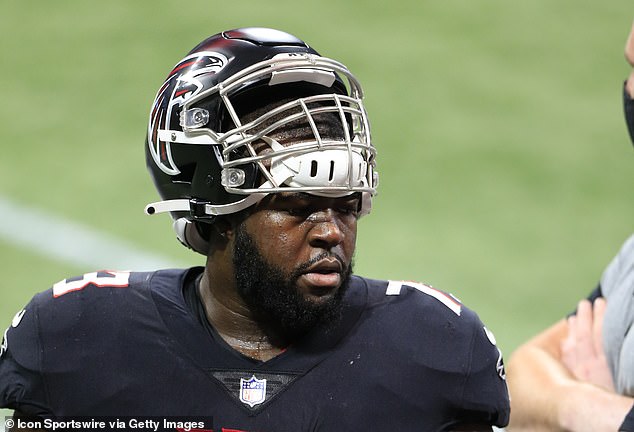 Problems arose for the former undrafted free agent this week, however, as the Giants began to practice with pads.

Gono ‘started to experience symptoms’ in his neck and left the team to receive medical advice from the doctor who performed surgery on him previously.

He was placed on the exempt/left squad list this week, and people close to him are pessimistic on his playing prospects based on the medical guidance he has received.

Gono was competing to be the Giants swing tackle and play behind Andrew Thomas and Evan Neal. 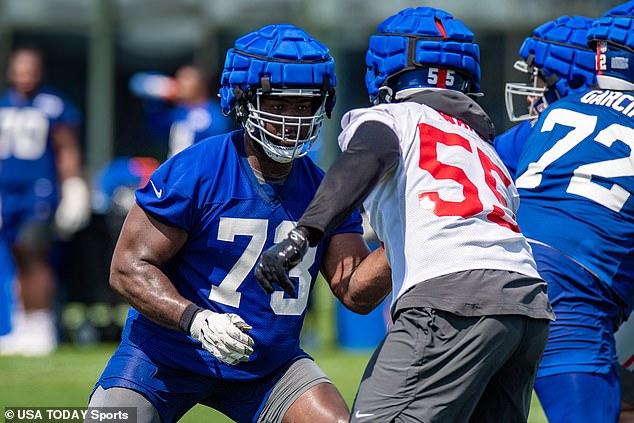 Matt Gono (left) joined the Giants this offseason in a one-year $1.2 million deal

The injury is a blow to an offensive line unit that has struggled in recent years, both in protecting QB Daniel Jones and creating lanes in the running game.

The Giants finished just 24th in the league in rushing yards per game in 2021, averaging a measly 99.3 per contest.