Racism row hits Newcastle: Staffer is accused of telling Indigenous footballer to ‘stop playing like a blackfella’ as Knights’ horror season gets even WORSE

Newcastle’s disastrous season has just got worse as it’s alleged a staff member used a shocking racial slur when talking to an Indigenous player.

The employee, who works with the club’s lower grades rather than the NRL side, is accused of telling the footballer, ‘Stop playing like a blackfella and get back to structure,’ according to a report in the Newcastle Herald.

An investigation is underway after a complaint was made by a player, the Knights have confirmed. 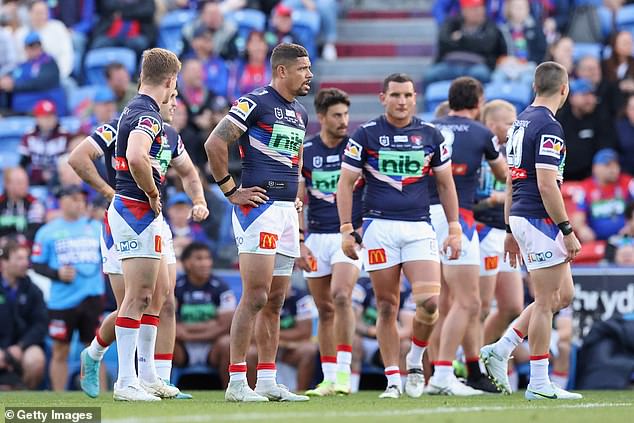 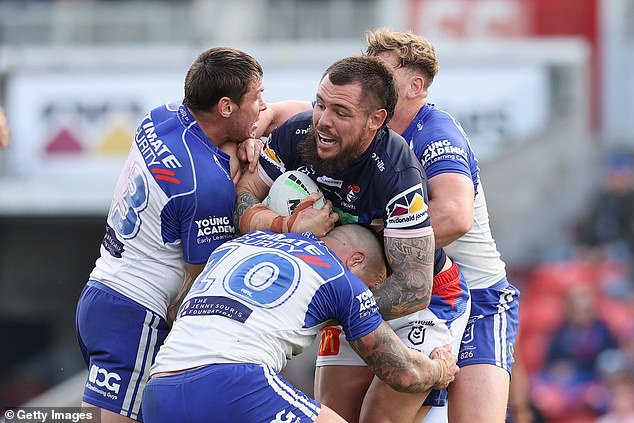 The alleged remark refers to a racist belief that Indigenous players prefer to play off-the-cuff football rather than follow instructions from coaches and adhere to the game plan.

Newcastle’s latest body blow follows hot on the heels of star forward David Klemmer being given a suspended fine after he was thought to be on the verge of being sacked for abusing a trainer and refusing to come from the field.

The giant prop was hit with a show cause notice and stood down from training after the incident in last Sunday’s loss to the Canterbury Bulldogs, during which he reportedly called trainer Hayden Knowles a ‘c***’ and told him to ‘shut the f**k up’.

Klemmer’s treatment gave rise to speculation that the team were trying to force him out in order to get his big salary off the books so they could recruit new players in the hopes of avoiding a repeat of their dismal 2022 season.

To make matters worse, Adam O’Brien is reportedly close to losing the support of his players, with the under-fire coach reportedly hitting them with an extraordinary outburst in the locker room after a recent defeat. 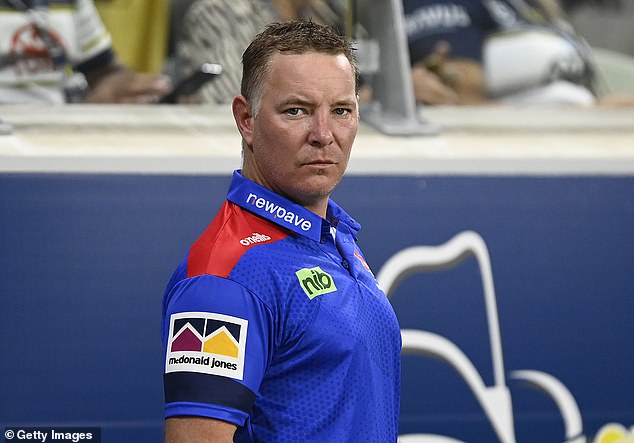 He is believed to have told them: ‘I know what you blokes are saying about me. I’m going nowhere.’

With the side winning just five games this season, the coach was in damage control mode after last Sunday’s loss to the Bulldogs when he made a bizarre declaration in the post-match press conference.

‘Previous to getting this job here I was involved in four grand finals,’ he said.

‘I know how those teams prepared. I know the systems they used defensively. You don’t unlearn that knowledge.’