Jon Gruden’s gone, the Ravens rally from 19 points down and Josh Allen takes a mighty leap in a statement win for the Bills.

The Cardinals are still the only undefeated team, the Chargers scored 26 points in the fourth quarter and Kadarius Toney makes a rookie mistake.

An especially tough week to be a kicker – 13 field goals and 13 extra points were missed – while the Jaguars have lost 20 in a row, the second longest streak in NFL history.

The 58-year-old was in the fourth year of a 10-year, $100million deal. He released a statement, saying: ‘I have resigned as head coach of the Las Vegas Raiders.

‘I love the Raiders and do not want to be a distraction. Thank you to all the players, coaches, staff, and fans of Raider Nation. I´m sorry, I never meant to hurt anyone.’ 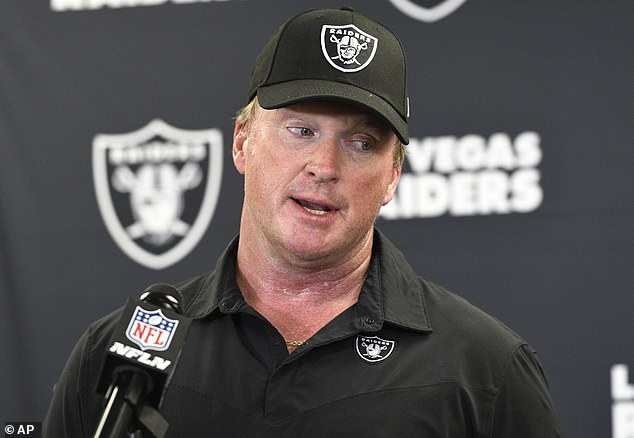 Jon Gruden has resigned after homophobic, racist and misogynistic emails were revealed

The New York Times reported that Gruden used a gay slur to insult Goodell, calling him ‘clueless’ and ‘anti-football.’ He also said Goodell shouldn´t have pressured the Rams to draft ‘queers,’ a reference to Michael Sam, who was the first openly gay player drafted by an NFL team.

Raiders defensive end Carl Nassib came out as gay in June and is the first openly gay player to appear in an NFL game.

In a 2017 email, the Times said Gruden responded to a sexist meme of a female official by saying: ‘Nice job roger.’

Down 19 points against the Colts in the second half, Lamar Jackson took a deep breath and plotted with receiver Marquise ‘Hollywood’ Brown.

They devised a plan – and executed it to perfection.

Jackson threw for 442 yards – a franchise record – and four touchdowns as the Ravens roared back to an astonishing 31-25 overtime win. It was their fourth straight, and Baltimore are 4-1 and sit atop the AFC North. Plus they have Josh Allen, a man determined to prove all of his early doubters wrong. Playing at a drenched Arrowhead, he threw for 315 yards on 26 attempts, with three touchdowns and no interceptions.

He also did this.

One of the secrets to the Bills’ success without the ball is their defensive rotation. After investing strongly in the pass rush in the draft, they appear to have narrowed the gap noted by Sean McDermott following last season’s AFC Championship game.

And after being inactive for three games, nice to see Efe Obada again. He played on 24 of defensive snaps, recording one quarterback hit.

Did anyone see this at Tottenham on Sunday?

London will have a minimum of three games per season from next year, per Brett Gosper, Head of NFL UK & Europe.

Several quarterbacks were among the injured this week. In no particular order.

Joe Burrow was taken to hospital with a throat contusion after the Bengals were beaten by Green Bay. All signs point to him being able to play on Sunday against the Lions.

Daniel Jones was carted off following a concussion as the Giants lost to the Cowboys. He is in the concussion protocol and may miss the Rams game. 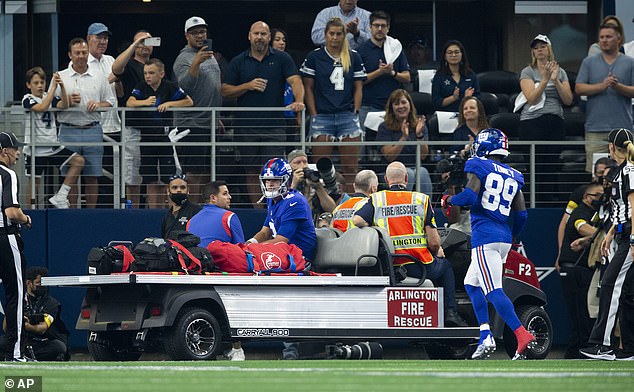 Russell Wilson has had surgery on mallet finger – look it up – suffered during the Seahawks defeat by the Rams. He hopes to be back around week 10.

And Tom Brady appeared with a bandaged thumb after the Bucs walloped Miami. He was happy to talk about it, so nothing to see here… 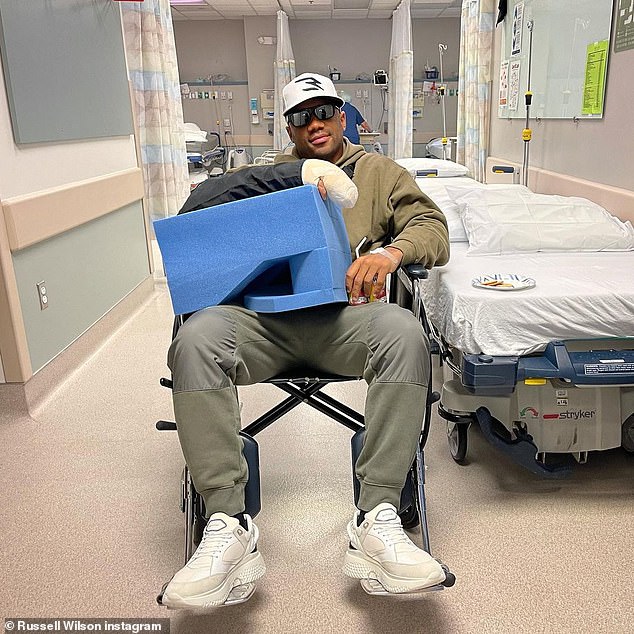 The uneasy relationship between Kirk Cousins and Mike Zimmer has been going on for four years now.

And it keeps on providing more questions than answers.

After Greg Joseph’s game-winning 54-yard field goal condemned the Lions to 0-5, Dan Campbell wore his heart on his sleeve once more.

After 5 games, here are the win-loss records for each rookie head coach…

Herbert was responsible for five touchdowns in the 47-42 win over Cleveland, tying a career high with four passing scores. He is joint-third in the league with 13 touchdown passes and is fourth in yards (1,576).

This was the Chargers’ third fourth-quarter comeback against one of last season’s playoff teams.

‘We haven’t flinched in some of those big moments, and I feel like that’s the way we’re trying to create that competitive environment,’ said head coach Brandon Staley.

Another pick for Trevon Diggs as the Cowboys join the Rams, Green Bay and Tampa Bay as teams to watch in the NFC.

But after breaking Odell Beckham Jnr’s rookie record for most receiving yards in a game – 189 to 185 – Kadarius Toney was ejected for punching Cowboys safety Damontae Kazee during the 44-20 defeat.

‘Wanna take the time out to apologize to the entire organization, Owners, My Teammates and the entire #BigBlue…your emotions just can get the best of you sometimes. …No Excuses just actions.’

Head coach Joe Judge said the incident would be handled in-house, and it seems unlikely Toney will receive a ban.

Toney said it was a one-off.

‘Me and Judge talked, and you know, stuff like that. Really, it was just a one-time thing. I’m a rookie making early mistakes. I’ve just got to learn from them and build from it.’

Visit Sportsbreaks.com for the latest deals on tickets for the biggest NFL games

90,000 fans at Wembley for Euro 2020 final will show ‘country is fighting fit post Brexit and Covid’

Jean-Philippe Gbamin likely to miss rest of the season for Everton, but he won’t require surgery