‘It’s all I can think of’: Mitch Barnett reveals mental anguish of THAT ugly elbow on Chris Smith which saw Knights star cop six-week ban as forward attempts to help struggling Newcastle on NRL return this weekend

Mitch Barnett has admitted that the ugly elbow he landed on Chris Smith has been at the forefront of his mind with the Newcastle star preparing for his return after a six-week absence.

The NRL judiciary threw the book at Barnett after the Knights forward landed his right elbow on Smith’s jaw during the Round 4 clash with Penrith Panthers earlier this season.

With the ball metres away, Barnett smashed Smith on the chin as the Panthers staged an attacking raid deep in Knights territory. 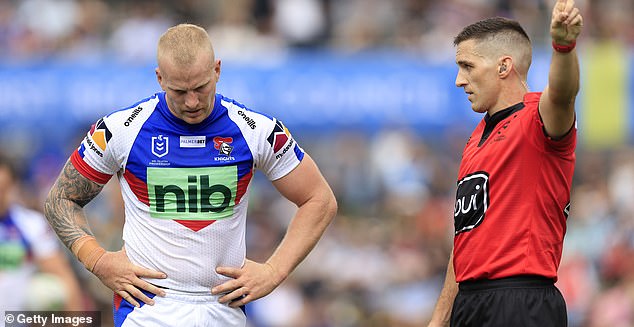 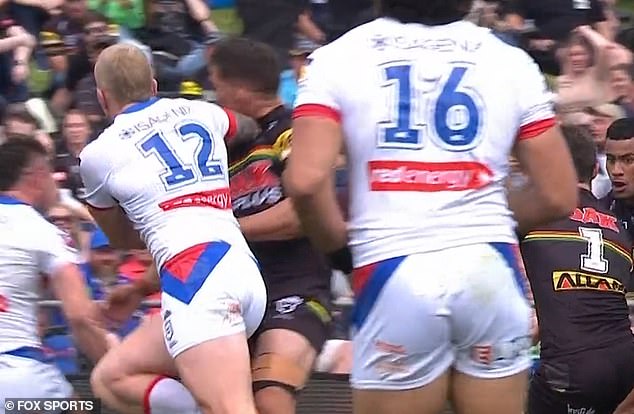 The inexplicable act in the 32nd minute saw the Newcastle enforcer cock and raise his forearm before smashing it into Smith as he tried to get through him to follow the play out to the wing.

Barnett copped a six-week ban for the ugly elbow and he has spent this period on the sidelines reflecting on the incident – which he says he watched over a thousand times before his hearing.

‘I got the tackle wrong,’ Barnett told News Corp. ‘It’s all I can think of. I didn’t intentionally go out to do that. It was something that happened. I’m not denying it looked ugly. It could’ve potentially been very bad. 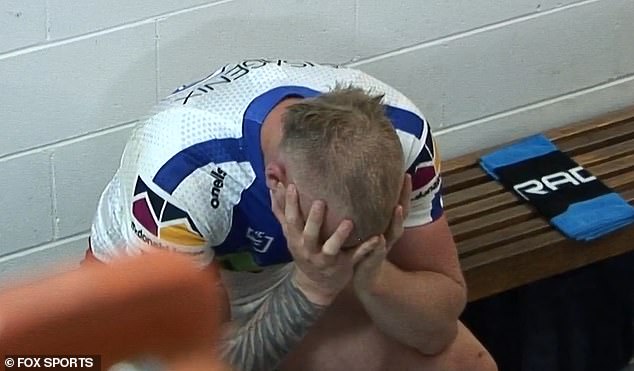 ‘I don’t know why I watched it again. I just wanted to see it and move on. The incident is not a reflection of who I am as a person. I made an error of judgment and got it completely wrong. I knew I was going to get a heavy punishment. Once I spoke with Chris and he said he was all right I felt better.’

Barnett said he has spoken to Smith – who was cleared of any serious injury but has not featured for the Panthers since the incident – and opened up on his guilt at seeing his struggling team-mates in training every day.

‘I apologised and he just thanked me for the apology,’ he said of his conversation with Smith.

‘It was brief but he seemed like a bloke that didn’t hold a grudge. It means a lot for me for him not to carry it. He could’ve brushed me but he understood I didn’t do it intentionally.

‘When I see him in person I will follow the chat up.’ 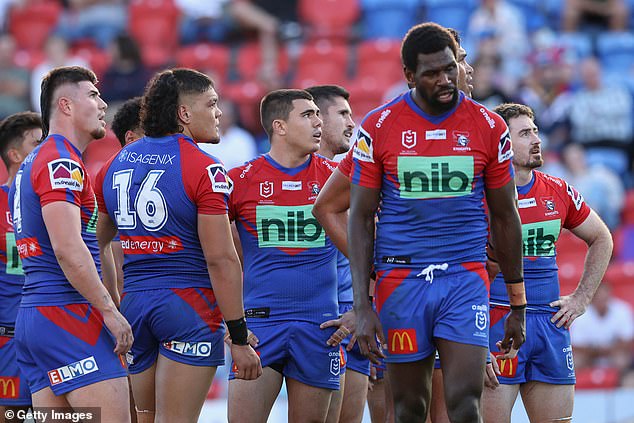 ‘Every morning when I see the boys struggling and coming into training I reflect on what I’ve done,’ Barnett said. ‘It hasn’t been good to watch and makes me feel horrible. Watching how it has impacted them is where the real negative thoughts come in.’

Barnett will return this weekend when the Knights take on Canterbury Bulldogs, but the 28-year-old says his brain-fade earlier this season ‘will always be in the back of my mind’.

‘The incident will always be in the back of my mind,’ he added.

‘I am a bit nervous about having an extended break. I didn’t get much of a pre-season so I used the time out as a mini pre-season.

‘I feel good. Adam [O’Brien] wants me to bring energy and line-speed. When you’re going through a tough trot you can lose belief and second-guess yourself. I hope my influence on the side can help us turn a corner.’