‘I chose to get out of the mud’: Odell Beckham Jr. opens up about mental health struggles during Super Bowl winning season

Following a tumultuous stint with the Cleveland Browns, Beckham was cut and moved to the Los Angeles Rams mid-season, where he had an immediate impact and helped the team win its second ever Super Bowl title.

‘I can’t lie to y’all n tell u that gettin’ here was easy. After the [Super] bowl, havin’ [newborn son] Zydn, battling depression, and being at such highs n lows at the same point in time put me in a really bad spot,’ Beckham said.

‘I firmly believe that either way it goes, we have a choice in this life. U can either get up n get out of the funk or stay in it. I chose to get out of the mud’ 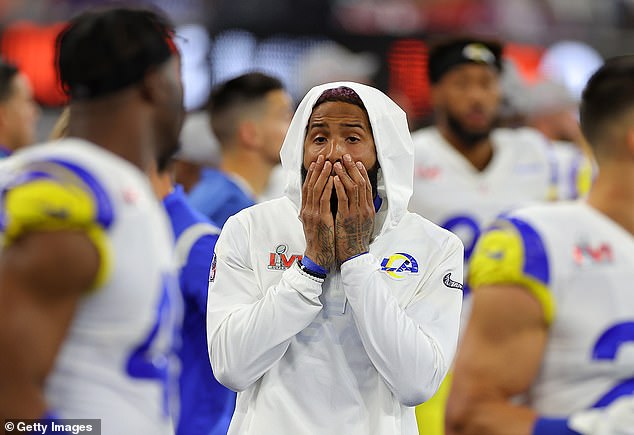 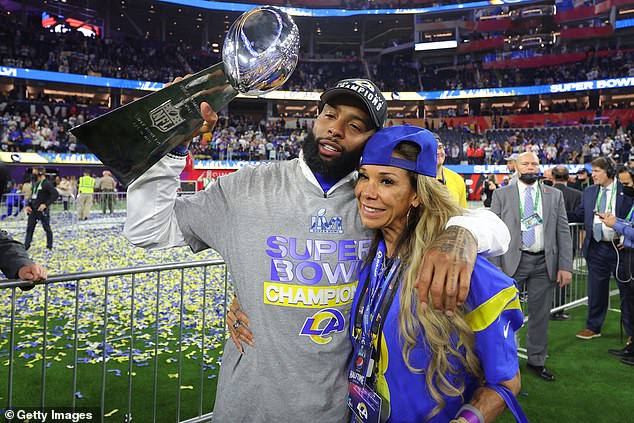 After being injured, the Rams hung on to win the Super Bowl and OBJ got his first ring

‘As an athlete, I hate seeing things about “mental illness,”‘ Beckham continued.

‘Nobody can do the work for u. If u want somethin,’ u gotta go take it! Ain’t s*** free in this world. I’ve earned everything I’ve gotten. Everything is a mindset. If u aren’t motivated, stay consistent; staying consistent gon’ bring back that motivation! I’m Back Mentally!!

‘That fire that I felt dying down inside is now growin’ in a way I never could have imagined!! Thank you in advance for your patience! It’s all a part of God’s plan. Just keep walkin’. ‘

Beckham’s time in Cleveland saw him getting fewer and fewer targets as the seasons went on.

The Pro-Bowler only had one game with more than ten targets in his final two seasons, compared to his first season where he hit that mark six times.

His subsequent release from the team saw OBJ sign with the Rams, where he joined a more talented wide receiver corps.

He had two games with 10 or more targets, including the NFC Championship game, where he hauled in 9 catches for 113 yards.

Beckham played in Super Bowl LVI and caught the Rams’ first touchdown, but was taken off in the second quarter after injuring his leg.

His efforts were not in vain, and the Rams beat the Cincinnati Bengals to clinch the title. 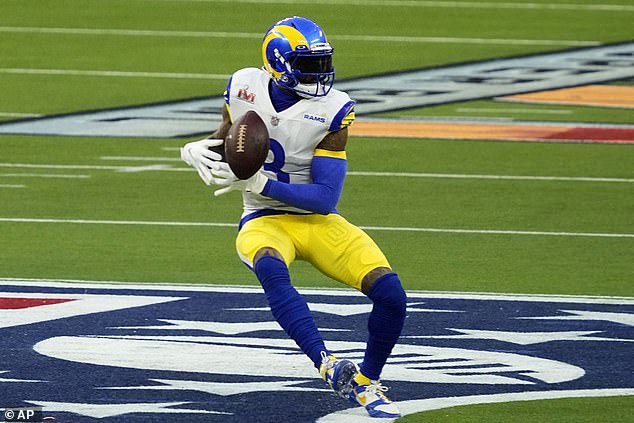 Beckham scored the Rams first touchdown, but was injured on this play in the second quarter