Patrice Evra has criticised Pep Guardiola for not being able to ‘train people with personality’ in the wake of Manchester City’s Champions League semi-final exit at the hands of Real Madrid, with the manager’s coaching style coming under fire.

Former Manchester United defender Evra, who has now turned to punditry, believes City’s current side are sorely lacking in leaders, despite them bouncing back from heartbreak to beat Newcastle and move a step closer to the Premier League title.

Speaking on Prime Video, he labelled City as a team ‘based on money’ and even claimed that players who move to the Etihad do so solely for their lucrative deals. 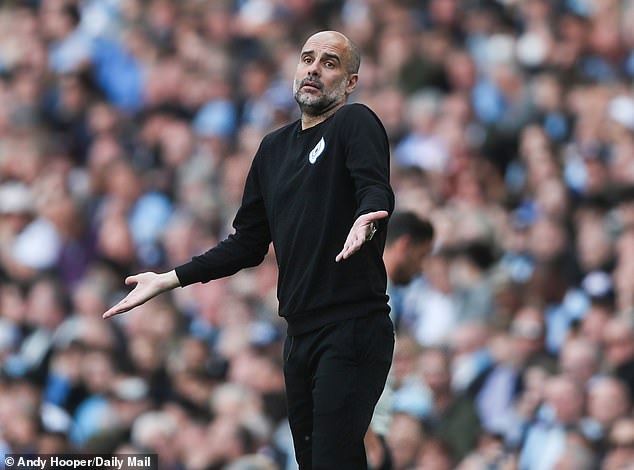 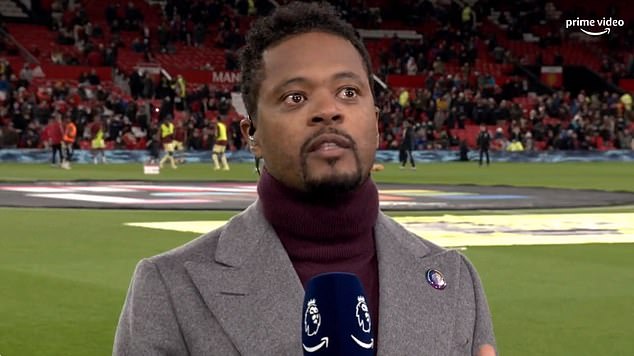 ‘That’s why when they’re in trouble they don’t want to.

‘They don’t have anyone on the pitch to help them.’

City looked on course to reach the Champions League final after Riyad Mahrez blasted home at the Bernabeu, a goal which gave them a 5-3 aggregate lead. 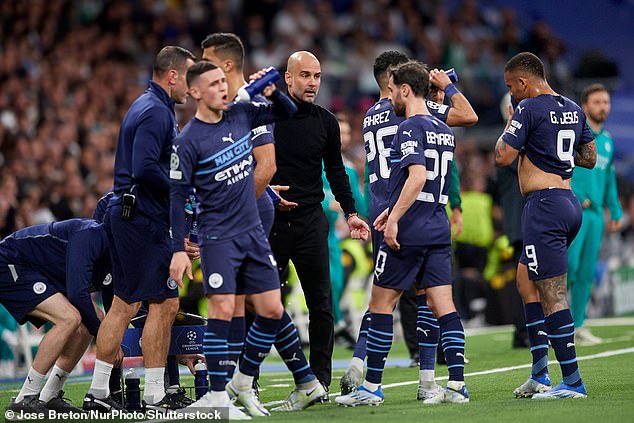 However, a quickfire double from Rodrygo forced extra-time, before Karim Benzema rolled home a penalty to complete the jaw-dropping turnaround.

That meant Guardiola was made to endure disappointment at the top table once again, and the scathing Evra has also said that his commitment to players without personality has not just been confined to his spell coaching at the Etihad.

He added: ‘He chooses his teams like that, he can’t train people with personality. He did it at Barcelona, ​​but he builds his team to control everyone.

Guardiola has a history of falling out with his players. 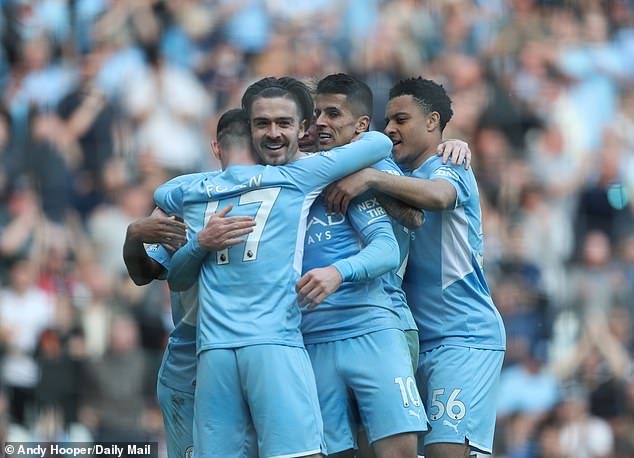 Despite the opinion from the pundit, City moved three points clear in the Premier League

At Barcelona, the tactician brought Zlatan Ibrahimovic into his technically-gifted side to add another dimension to their attack, although their relationship took a turn for the worse.

Towering frontman Ibrahimovic grew tired of what he believed was favouritism towards the then 22-year-old Lionel Messi, and was later shipped out to AC Milan.

Writing in his autobiography, he said: ‘I yelled, “You have no balls!” at him and probably worse things than that.

Yaya Toure and Guardiola have also exchanged words. In a 2018 interview in France Football magazine, the now-retired midfielder accused the manager of having a problem with black and African players – although he has now apologised. 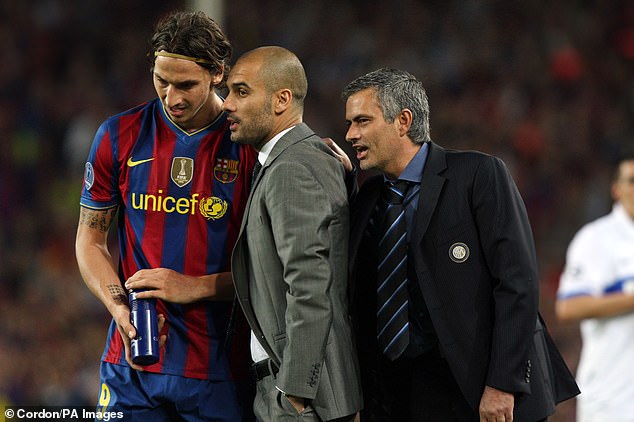 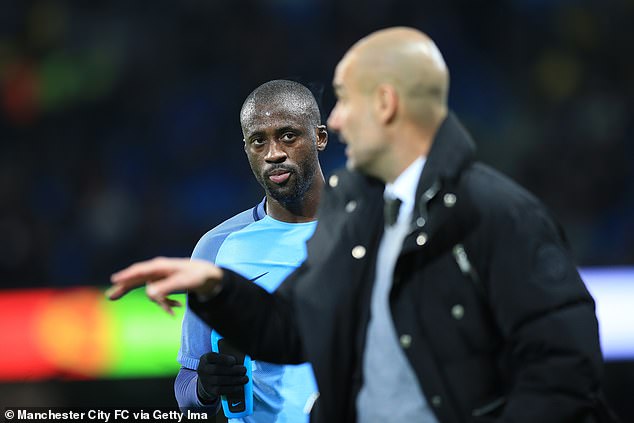 Toure left City in 2018 after a successful eight-seasons stint at the club, but accused Guardiola of ‘having problems with Africans wherever he goes’.

He also claimed the Spaniard’s coaching reputation was a ‘myth’.

Regardless of the amount of trophies they win this season, City will remain an attractive prospect to players. Indeed, as reported yesterday by Sportsmail, they are set to confirm the blockbuster £63million signing of striker Erling Haaland. 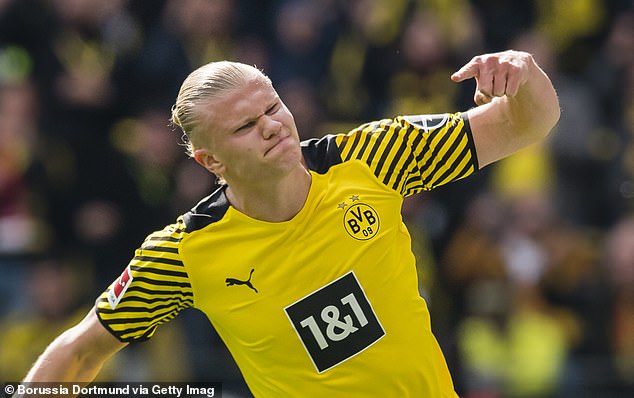 But Evra is not impressed with their penchant for splashing the cash, saying: ‘City have made a mistake, it’s the truth. They are traumatised.

‘They remind me of PSG: they are clubs based on money.’

‘Real Madrid also has money, but it has a story behind it; Manchester City only has money and the players go to play there solely for that,’ he went on to add.

‘Then they win trophies, of course, but a player chooses to go to Manchester City only because it offers you more.’