‘Everyone grows old’: Paul Gallen hints at RETIREMENT after defeat by Kris Terzievski in Newcastle – with Cronulla Sharks legend admitting ‘age probably caught up with me’ in sluggish ten-round defeat

Paul Gallen has hinted at retirement after admitting ‘age probably caught up with me’ in one-sided defeat by Kris Terzievski on Wednesday night.

The NRL legend has long discussed his boxing future with the former Cronulla star acknowledging that at 40 years old, he does not have too many fights left in him.

However, he had held hopes of finally getting in the ring with long-term rival Sonny Bill Williams – although the All Blacks great has been linked with a scrap with YouTube star Jake Paul. 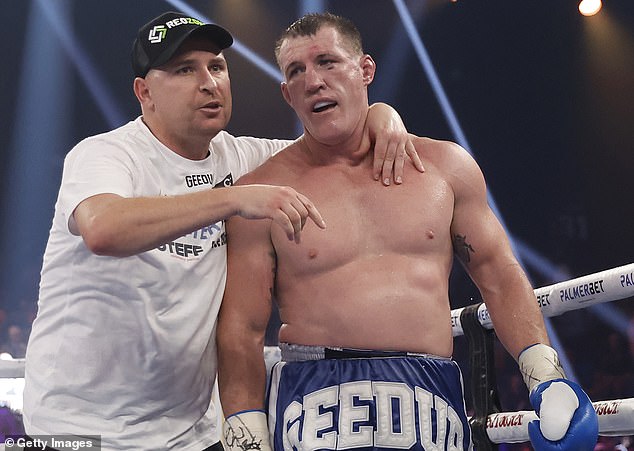 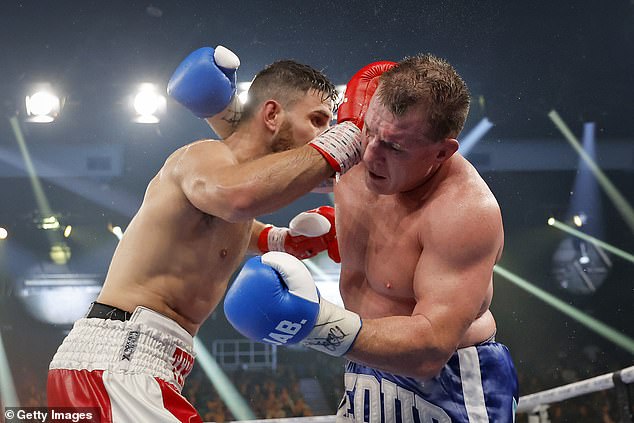 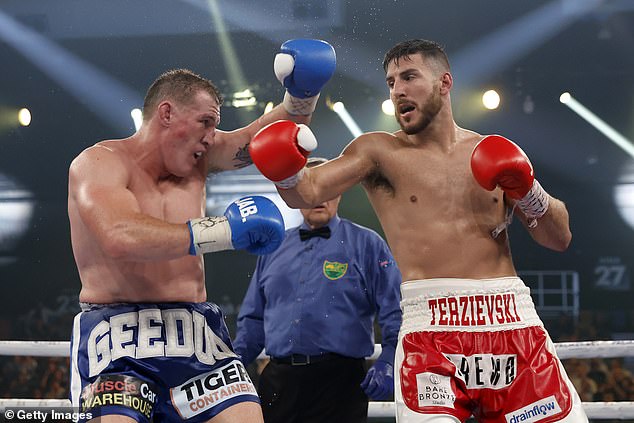 And Gallen’s dreams of a SBW fight were dashed in emphatic style in Newcastle, with Terzievski showcasing the 40-year-old’s wearing age with a skillful display, despite a late ninth-round rally from his shorter rival.

Now, Gallen has admitted that he will ponder whether to hang up his gloves with the rugby league legend set to undergo plenty of soul searching after this chastening defeat.

‘I felt a little bit tired in the middle rounds,’ he said. ‘I am always humble in victory and humble in defeat. 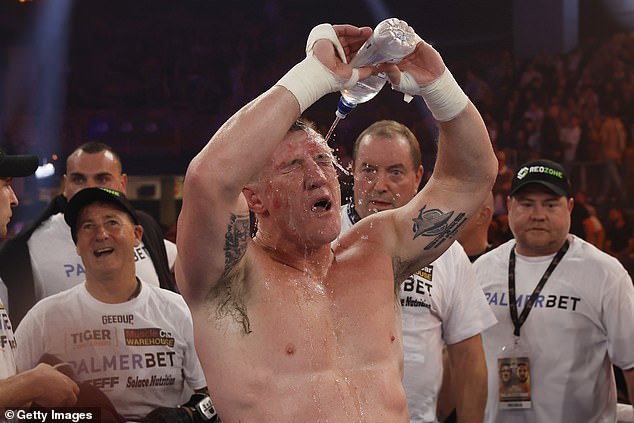 ‘I left it too late and he is obviously a good boxer and moved away from me. I am not going to make any decisions [on retirement] now, I just felt like I couldn’t go as I normally go.’

Terzievski – who won on all three cards 97-92 – said Gallen took him to ‘dark places’ late on.

‘He bought the dog out in me, which I’m highly respectful and grateful for. I’m rooted,’ he said.