The former Reds striker revealed that he would have been ‘angry’ and ‘fuming’ if he was in Nunez’ place, especially after the Uruguayan striker scored in Liverpool’s Community Shield victory over Manchester City last weekend.

Having arrived for £67million from Portuguese side Benfica over the summer, Nunez was left out in favour of Roberto Firmino, who has been subject of rumours of a move away from Anfield this summer. 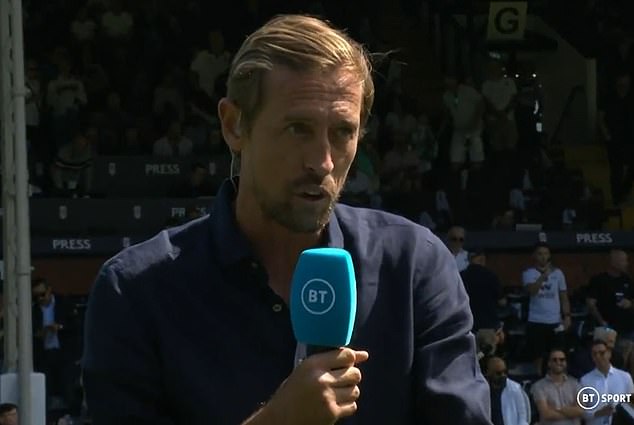 As part of BT Sport’s coverage at Craven Cottage, Crouch said: ‘The thing is, if you’re chomping at the bit I always think it’s the pre-season.

‘If you have a good pre-season and you score goals, he scored four in pre-season and got another in the Community Shield, if I’m a striker now – I’m fuming! I’d be angry.

‘[On whether he would complain to Klopp] Well, Jurgen’s a different prospect! He’s a bit more scary than Rafa [Benitez] was, but I wouldn’t be happy, put it that way. But you understand Klopp’s thinking and you have to respect that.’ 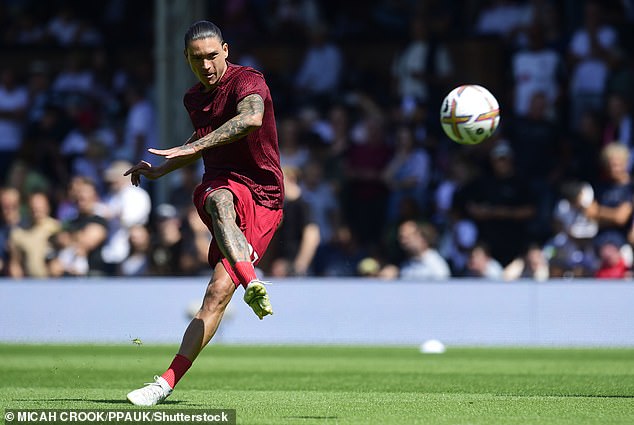 After a less than successful start for Liverpool in pre-season he was hugely impressive against City at the King Power Stadium last weekend.

But his first pre-season game was marred by complaints of blisters and a shocking miss against Manchester United, although the 23-year-old then bounced back with four in one half against RB Leipzig.

But he will have to wait to make his first Premier League start for his new club after his club-record switch. 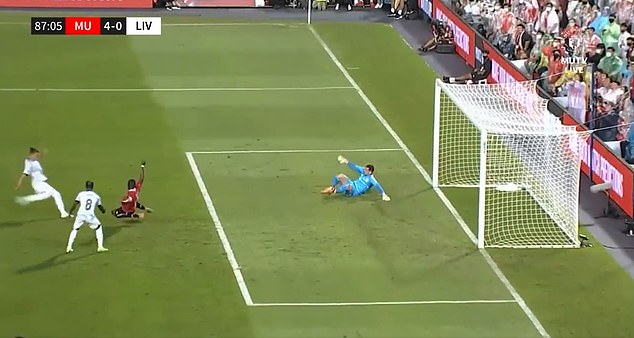 Nunez’s chance was from point-blank range, with goalkeeper Tom Heaton on the ground 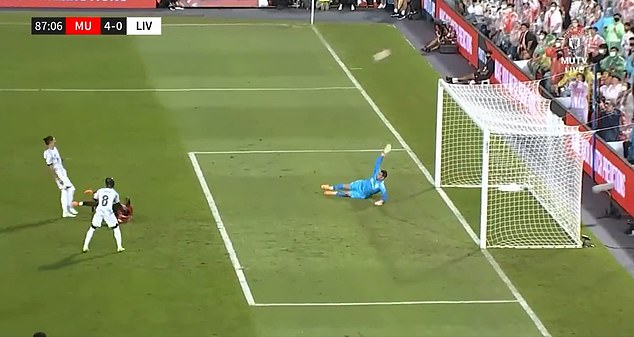 However, the Uruguayan forward leant back and fired his shot well over the crossbar

Klopp added ahead of the game: ‘Pre-season was really good but over the five weeks, it’s not the whole group, but we have too many injuries now. We are ready for the game today but we need the boys to come back sooner rather than later, that’d be helpful – apart from that, nothing negative.

‘[On Letting Nunez adjust] Yeah of course. We have to mix it up a little bit, what options we have to change. With Bobby we have a baller and the other two we have the speed.

‘If we change with the two young boys and Darwin for example, it’s a good mix but we thought it’d be better to start with Bobby.’

Nunez netted 34 goals for Benfica last term, including twice against Liverpool in the Champions League, as Liverpool fended off interest from several of Europe’s elite clubs. 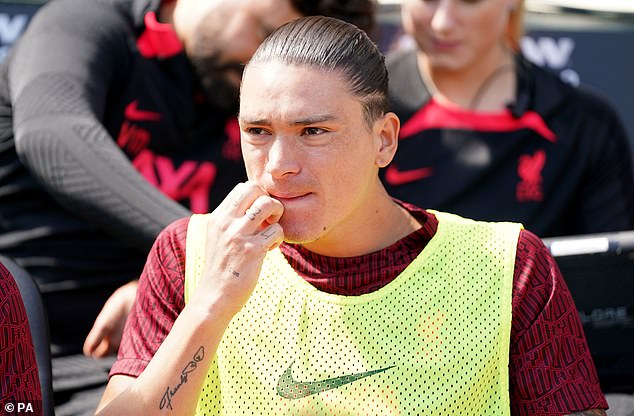