There was no love lost between the pair heading into their Newcastle clash and they left it all on the line in the ring on Wednesday, with Girdham putting Hamdan on the canvas in the first round.

However, Hamdan rallied and came on strong as the fight progressed, stunning his rival with a huge shot late on before shoving him out of the ring in a gutsy battle. 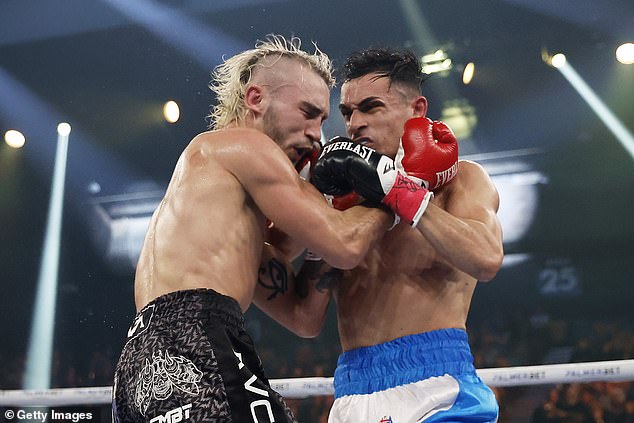 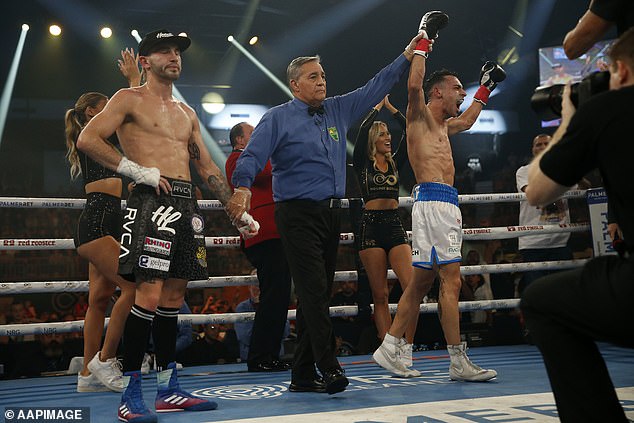 Despite putting on a highly entertaining show in the ring, the bitter taste of defeat appeared to be too much for Girdham – who refused to shake hands with his rival after the decision was announced.

His behaviour saw tempers flare between the two teams, with Hamdan’s father Nader taking aim at Girdham’s corner man for his lack of sportsmanship.

Boxing fans took to Twitter to react to the hostile moment, crediting the pair for a good fight but bemoaning Girdham’s ‘poor form’.

‘Poor form not acknowledging his opponent,’ one fan wrote. ‘Take the result out on the judges not the man you went to war with.’

The 24-year-old came to his senses after the dust had settled and was seen sharing a moment of respect with Hamdan after the pair’s explosive clash.

Hamdan can be seen entering Girdham’s changing room and shaking his hand, before hugging a member of his rival’s support crew.

The pair set the scene for what will surely be a blockbuster main event in Newcastle, with NRL great Gallen fighting for the Australasian heavyweight title against Kris Terzievski.

2022 World Cup: England are set to be briefed by the FA about human rights in Qatar next week