The joy radiating from Jeremy Finlayson’s face when he booted five goals to steer Port Adelaide to a crucial AFL win over the Western Bulldogs last weekend was palpable.

That joy was about more than just football, with the Power recruit revealing to the Herald Sun the behind-the-scenes battle his young family has faced and the miracle that has kept them together.

Last year should have been a year of joy for Finlayson. He was playing AFL footy with GWS and his partner Kellie had given birth to a baby girl. 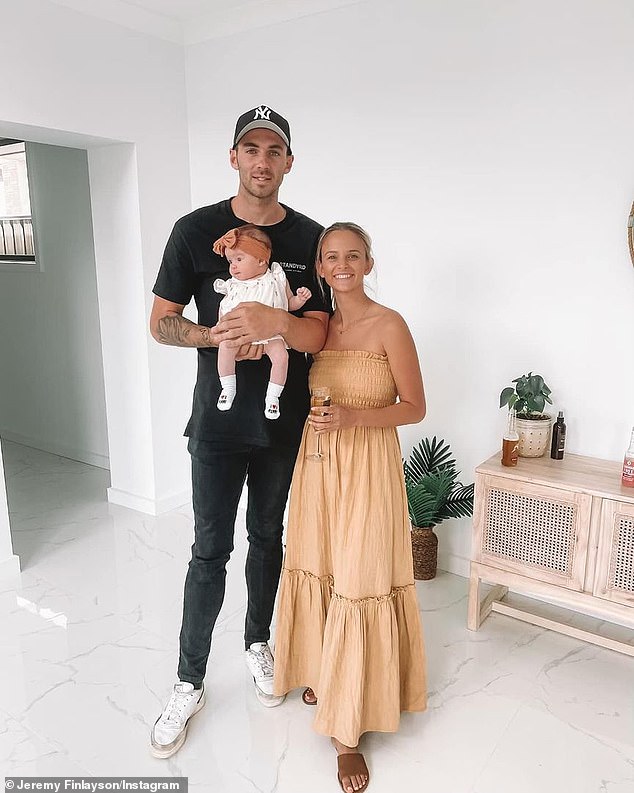 He made a request to be traded to Brisbane or Adelaide so they could be closer to family and landed in Port Adelaide, the 2021 preliminary finalists. Life should have been good.

However Kellie was in pain, going to the toilet more often than normal. It was dismissed by too many medical professionals as complications following childbirth. Until it finally wasn’t, it was their worst possible nightmare. Cancer.

A tumour the size of a tennis ball to be specific, lodged in Kellie’s bowel where it could not safely be surgically removed. Talks of we will cure you soon diminished to we will try to cure you.

It turned their world’s upside down, but Finlayson toiled on the training park and in games anyway, not knowing what news would await him tomorrow.

Port Adelaide and GWS’ extended communities wrapped their arms around the young family, all while keeping their terrifying and potentially deadly secret.

Compounding the pain that Finlayson was going through behind the scenes, the new recruit has been publicly lashed by angry Port fans who correlate his arrival with the Power’s horror start to the 2022 season. Many of the comments still remain online.

‘Port identifying, and then chasing Jeremy Finlayson as a player they wanted is mind boggling,’ another says.

‘We let Jeremy Finlayson score 3 goals. Just fold the club, bury it in the ground and salt the earth so nothing can ever grow again,’ Tweeted an angry West Coast Eagles fan.

The couple revealed it got worse, with both of them copping savage abuse for ruining multis and even death threats.

It was horrific abuse that made a dire situation even worse. But still, the couple kept privately fighting. 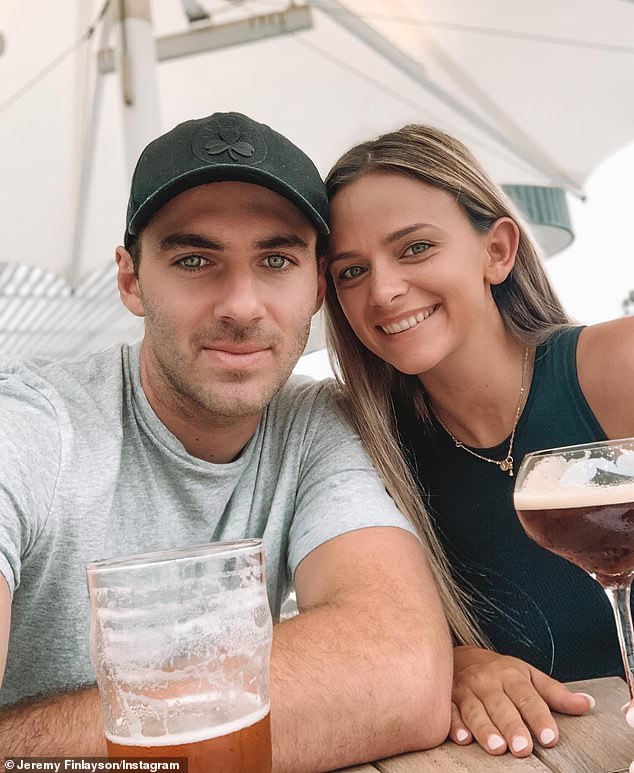 With surgery out of the question, Kellie had to be treated with chemotherapy and radiation, all while wearing a colostomy bag. An already petite woman, her weight plummeted from 76kg to just 53kg.

Robbed of her health, her dignity and her ability to adequately care for her baby girl Sophia, Kellie began to hate the world. But she fought through it all for her daughter.

Finlayson admits he broke down in front of club officials and teammates. It was too large a burden to shoulder on his own. Every day he awaited the terrifying news that he would have to raise Sophia on his own.

Through the anger, confusion, fear and despair, the young couple pushed through treatment after treatment, hoping for a miracle. Until it came. 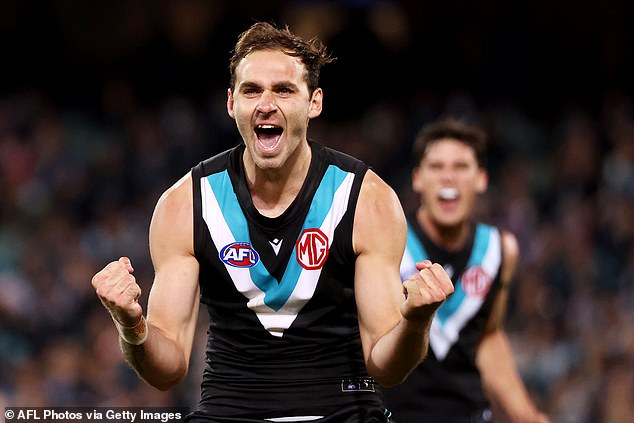 Life was tough on the field as well, with the Power slumping to five straight losses to start their season before recording three consecutive wins to get back in contention

Hope was just about gone, another patient on Kellie’s ward was having the same treatment and his tumour had double. But in March this year, a doctor came into her room with the latest scans that showed there was no more tumour left to treat. She was cured.

While the ordeal is not over, Kellie still requires ongoing chemotherapy and will have her bowel removed in June, her chances of survival are almost certain.

It is not coincidence that news happened around the same time Finlayson caught fire on the footy field.