Should Son Heung-min have been sent off? Ray Parlour leads Arsenal fans’ fury at Spurs star’s tussle with Rob Holding that went unpunished… and insists early incident may have led to Arsenal defender’s red card later on

Former Arsenal midfielder Ray Parlour has hinted that Tottenham’s Son Heung-min was fortunate to avoid a red card in the north London derby on Thursday after an altercation with Rob Holding.

Son and Holding were involved in an individual battle from the outset, and one of their first challenges saw the Arsenal defender haul the forward to the floor. Holding continued to grab onto Son, leading to the Spurs man throwing an arm out in frustration which appeared to clip his opponent on the side of the face.

The incident went unpunished, and Parlour felt Son could consider himself lucky that VAR didn’t intervene. 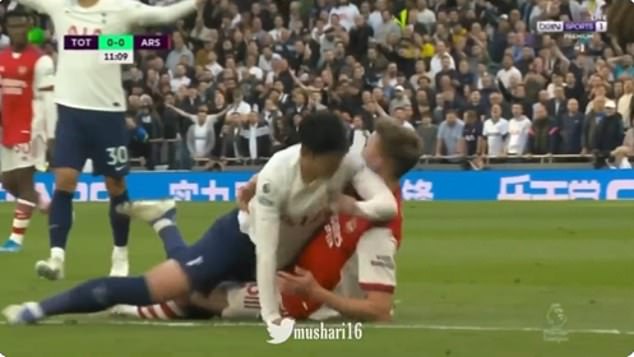 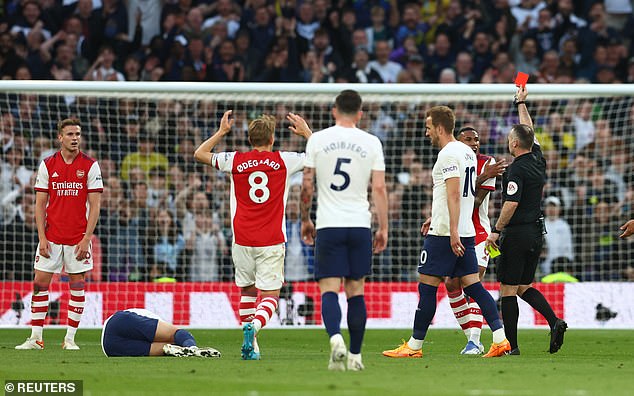 The incident went unpunished, and Holding was sent off himself later in the first half

‘When he was on the floor, I think this was the first one, he was holding onto him, and he just gave him a little elbow,’ Parlour told talkSPORT.

Holding went on to be sent off later in the first half for two subsequent fouls on Son, and Parlour suggested that his earlier coming-together with the South Korean striker could have led to him losing his composure.

‘Maybe that’s a reason he was a little bit highly strung through the game, Holding, because he got an elbow,’ he continued.

Several Arsenal fans agreed with Parlour that Son should have been given his marching orders in the early stages of the game. 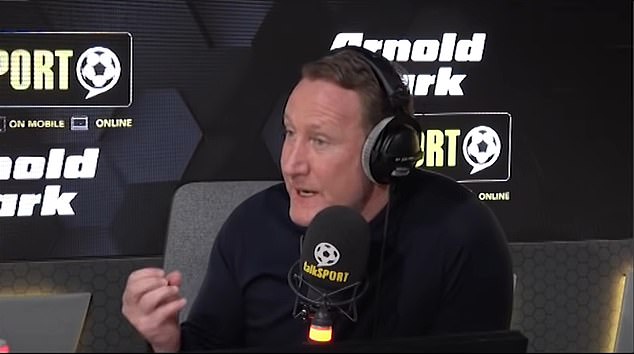 ‘Add it to the list of ones VAR are blind to when it comes to us,’ one supporter wrote on Twitter.

Another fan also indicated that there is an agenda against Arsenal by posting: ‘Ahahahaha lol getting ridiculous now.’

Meanwhile, a fellow fan claimed that Son was able to stay on the pitch due to Holding’s reaction to the blow to the face. 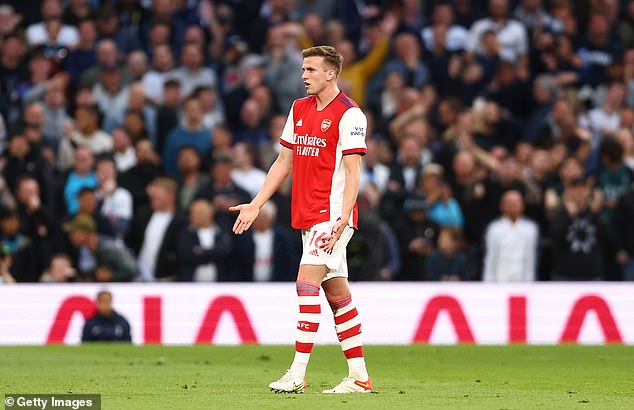 ‘He isn’t off because Holding doesn’t roll around on the floor crying,’ they stated.

There was less sympathy for Holding from another supporter, though, who highlighted that the Englishman had fallen into Son’s trap to wind up the opposition.

‘We never learn, he does little things and gets away with it, you just have to play them at there [sic] own game, but we don’t. Holding was silly tonight,’ they added on Twitter.

Holding will now miss Arsenal’s trip to Newcastle on Monday through suspension, leaving Mikel Arteta with a potential defensive crisis after Gabriel hobbled off injured in the second half against Spurs.