Robert Lewandowski is unveiled as Barcelona’s new No 9 – casting further doubt over Memphis Depay’s future after he was forced to hand over his squad number – as thousands of fans flock to the Nou Camp to greet the new £42.5m star

Thousands of Barcelona fans turned out to see their new star striker on Friday as Robert Lewandowski was officially introduced.

Fans flocked to the Nou Camp to welcome the Pole to Catalonia and Lewandowski surprisingly donned the number nine shirt.

He’s worn number 12 in his three pre-season appearances. However, he was presented to the fans with the number nine which means either Depay was happy to hand it over, or his future with the club is now in doubt. 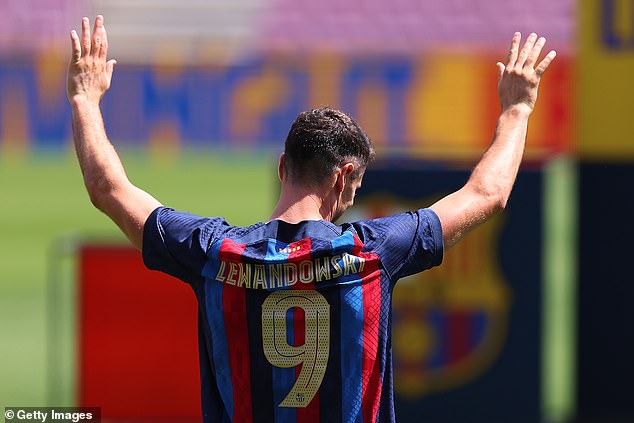 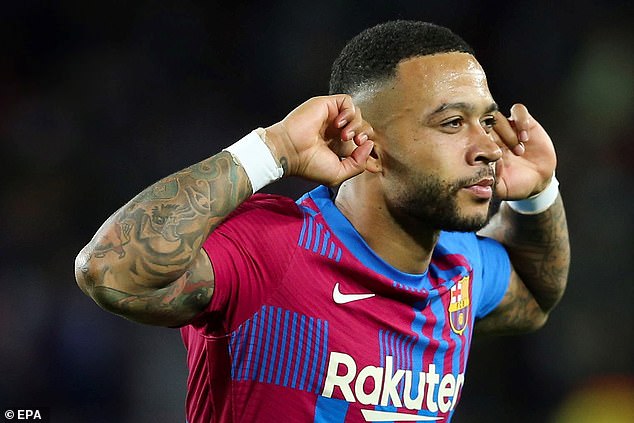 Depay, 28, is on the radar of a host of clubs like Spurs, Newcastle and Juventus and could go

Like every Barcelona player, Depay has been linked with a move away from the club this summer with Tottenham and Newcastle rumoured suitors.

But Lewandowski made an instant impression on his new adoring fans.

“Good Morning Culers,” Lewandowski began in Catalan, which went down well with the crowd.

“I am very happy to be here, thank you!” he continued.

The forward, who scored 238 Bundesliga goals in 253 games for Bayern, then dazzled the fans with some fancy kick-ups. He did a significantly better job than Ousmane Dembele and Martin Braithwaite before him.

Lewandowski, 33, signed a four-year contract with a release clause set at €500 million after departing Bayern Munich for £42.5 million.

He had 12 months remaining on his deal with the German giants but insisted he wanted a new challenge. 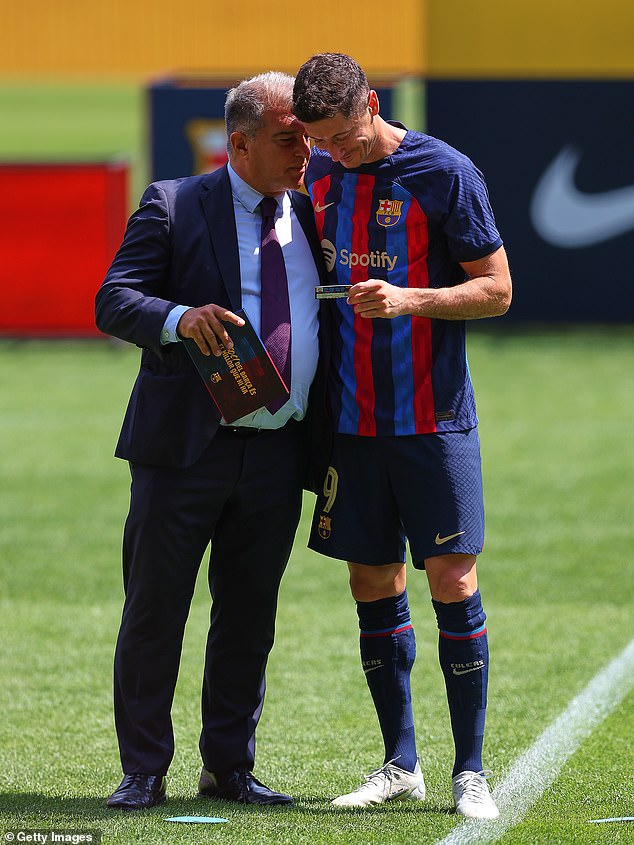 Barcelona spent £42.5million to bring Lewandowski to the club and they’ve continue to spend 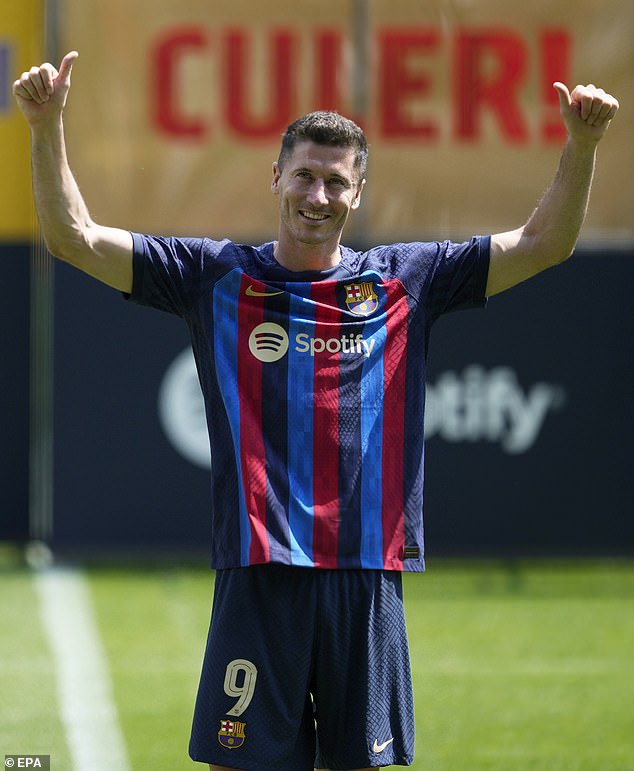 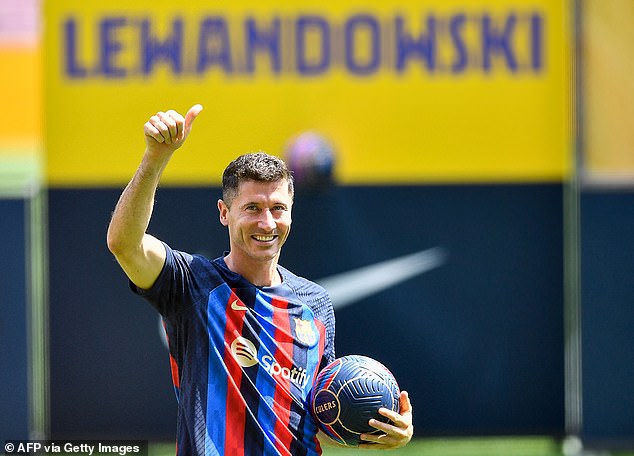 A lot of things have been said about former Bayern Munich star and current FC Barcelona striker Robert Lewandowski since his move and the Poland international wanted to clear the air.

“I heard that Barcelona wanted to sign me, and that was a sign that maybe now is the perfect timing to go to Barcelona, go to LaLiga. I know that I can still play for a few years on the top high level and that’s why I decided to go to Barcelona. I’m very happy to be part of this team,” Lewandowski remarked.

Barcelona have renovated their team this summer despite very public financial struggles. The Spanish giants sold off various assets, including some of their TV deals, to fund their summer splurge and president Joan Laporta has suggested it might not be over.