‘Still embarrassing footballers in his 40s!’: Ronaldinho outshines Paul Pogba and Co with his legendary skills – including an outrageous no-look pass – during star-studded exhibition

Ronaldinho was the star of the show as his team took on one led by Roberto Carlos in a star-studded exhibition in Miami over the weekend.

The fixture, labelled ‘the beautiful game’, boasted teams of current and retired stars led by the two Brazil legends.

Clips from the game went viral on social media, one showing Ronaldinho performing one of his iconic no-look passes.

Another saw him beat the keeper with a cool finish after some fancy footwork. Both moments drew big cheers from the crowd.

The game finished 12-10 to Team Roberto Carlos in a game that put little value on defending. 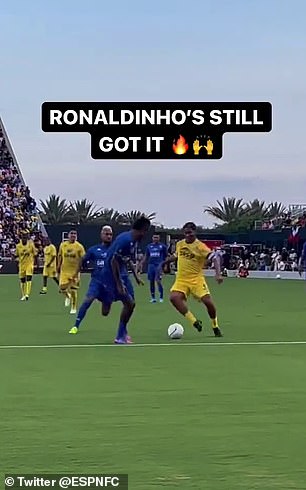 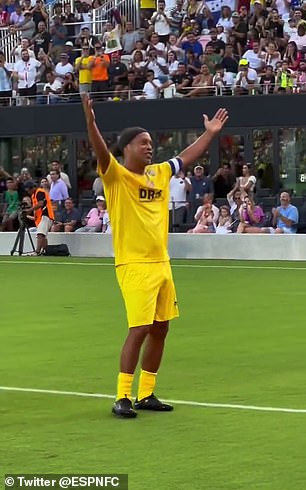 Premier League POWER RANKINGS – Luis Diaz makes the top 10 but who is our new leader?