A fortnight on and Zak Hardaker is still counting his blessings. ‘It could have been a different story,’ admits the new Leeds Rhinos signing. ‘It’s really scary when you start thinking about it.’

The scary incident Hardaker is reliving took place after he returned home from his first day of training with the Rhinos and took his 18-month-old son Abel out on his tricycle.

‘About 20 minutes into the walk, I just started feeling a little bit dizzy,’ explains the 30-year-old. ‘I became really light and a bit foggy. 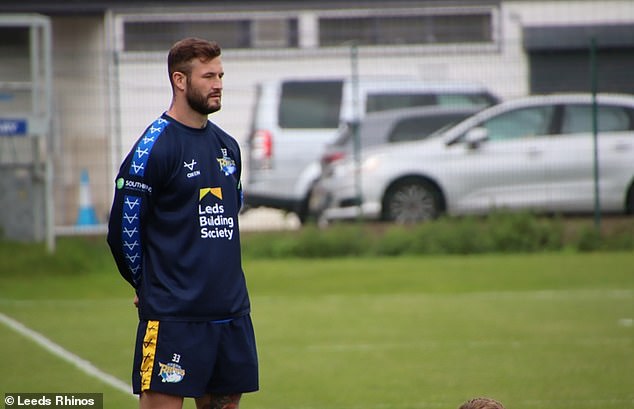 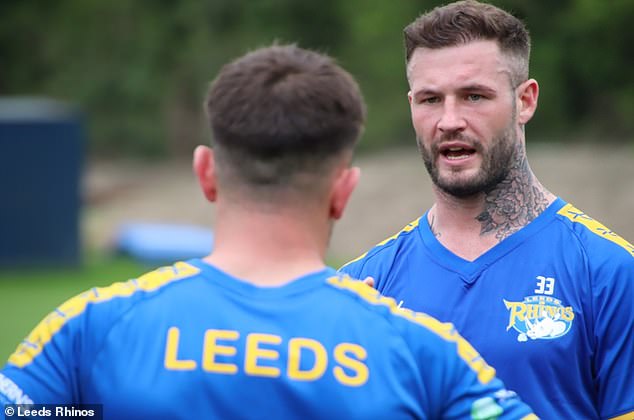 ‘I knew I wasn’t great. I tried to phone my partner and she wasn’t answering. I had to make a decision. I just thought I’d try get home as quick as I can.’

But Hardaker did not make it home. ‘Apparently I fell over and smashed my head on the floor, which caused a fit,’ he says. ‘There was quite a bit of blood coming out of my head.’

Hardaker had suffered a seizure and was unconscious. What could have happened next does not bear thinking about. But this is where his luck was in.

‘When I came round I was just sat in the middle of the street,’ he recalls. ‘The first thing I did was think, ‘Where’s my son?’. I made sure I could touch him. Then there was a woman straight in my face.’

The woman, it transpires, was a local paramedic named Rosie. ‘It just so happened that I fell outside her house,’ admits Hardaker. ‘I think her husband saw me fall over. 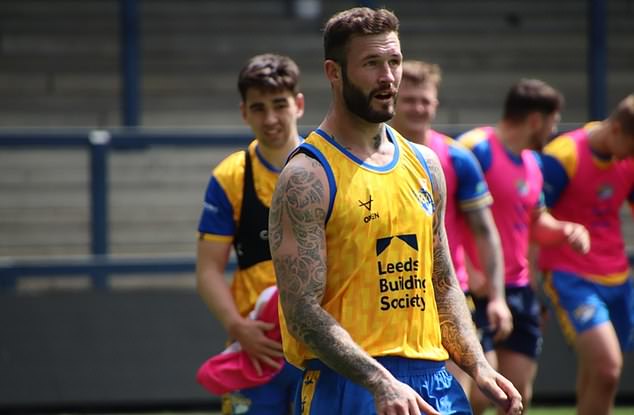 The Leeds Rhinos star, 30, collapsed in front of a local paramedic, who called the ambulance

‘I didn’t really know what had gone on. I tried to stand up and said I wanted to go home, but she ordered an ambulance.

‘Could I have died? I really don’t know. It could have been a different matter if no one was there or if my son got off his tricycle and toddled off somewhere.

‘I was really fortunate that something as serious as this happened right outside the door of someone who knows exactly how to deal with such situations.

‘I don’t think I can put into words how grateful I am. I’ll be indebted to her for quite some time. I’ll see if she wants her garden doing!’

Hardaker has since been tested by a neurologist and been passed fit to make his return for the Rhinos against Salford on Sunday. ‘They found a brain to begin with so that was a start and I was happy with that!’ laughs the full-back. 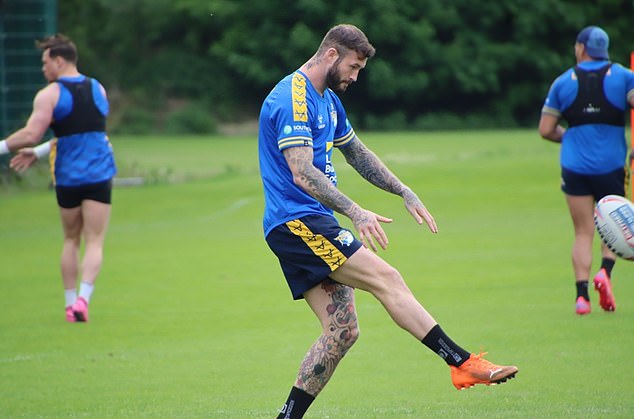 ‘I think you can maybe put it down to stress. I have had a lot going on for the last three or four weeks. I think I’ve been a bit all over the shop and not been 100 per cent healthy. But all the tests have come back really positive.’

If Hardaker knows he is fortunate to have come through his collapse unscathed, he is also aware how lucky he is to be offered a second chance with the Rhinos.

His first spell at Headingley from 2011 to 2017 saw him win three Grand Finals, two Challenge Cups and be voted Super League’s Man of Steel. But it was also blighted by controversy, including making homophobic comments towards a referee and an alleged assault of a student.

The rest of his career has been a similar story. At Castleford, Hardaker tested positive for cocaine and he was caught drink driving after signing for Wigan. Last month, the Warriors finally cut ties with rugby league’s bad boy for ‘repeated breaches’ of discipline.

‘I was wary about how they worded it because it could come across like I’ve done something bad when I really haven’t,’ insists Hardaker, whose partner Elisha is expecting their second child in August. 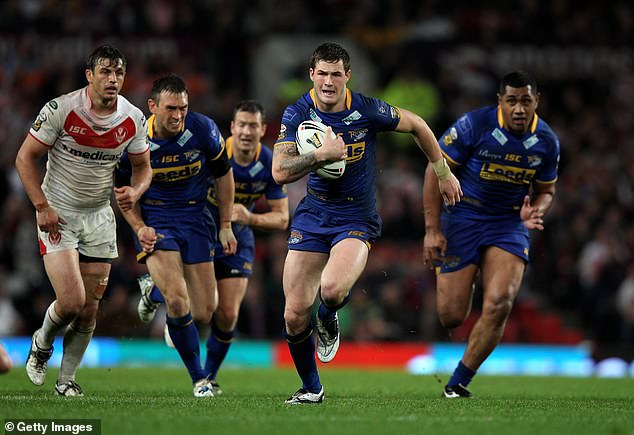 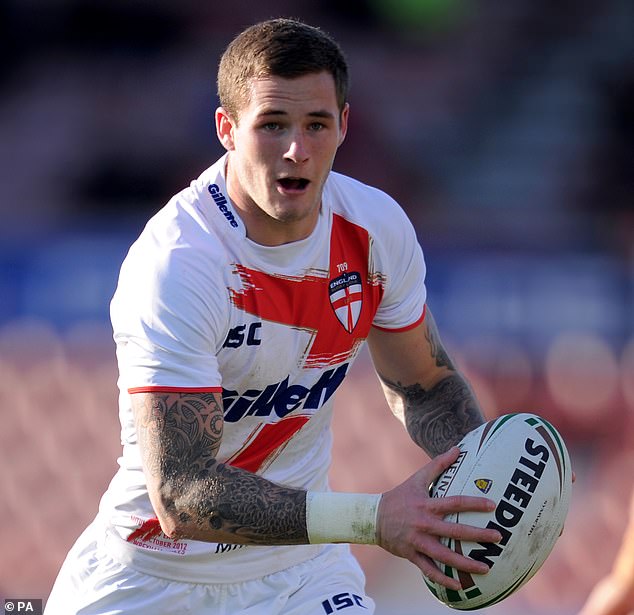 ‘I’ve not done anything wrong. I asked for a release last year. I was living in Wigan on my own and my young family was in Yorkshire. There were a lot of factors.

‘The right people know what’s happened and what’s not happened. I’m just really fortunate to be at a club like Leeds. It’s back home. I have no regrets. I’ve had some wonderful times and some not great times. But the not great times have helped me in some way or another.’

And he has ambitions to be in England’s squad for this autumn’s home World Cup, having missed the last two tournaments because of off-field incidents.

‘I was probably under the illusion that a World Cup spot might not be up for grabs,’ he adds. ‘But I’m just going to play as well as I can on the pitch and then it’s up to the powers that be.’