Salford 44-12 St Helens: Paul Rowley hails an ‘amazing effort’ from his side as they thrash champions to move up to sixth in the Super League and keep hopes of top-six finish alive

Joe Burgess and Kallum Watkins both scored two tries as rampant Salford kept their hopes of a top-six finish alive at the AJ Bell Stadium.

Sitaleki Akauola, Dan Sarginson, Brodie Croft and Greg Burke weighed in with a try apiece and Marc Sneyd kicked four goals as Salford moved up to sixth in the Super League table. 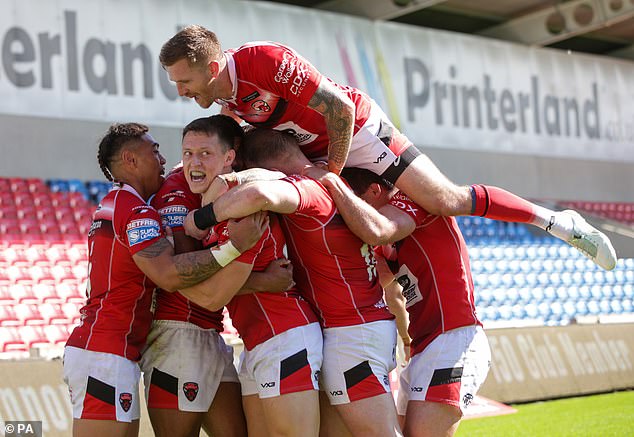 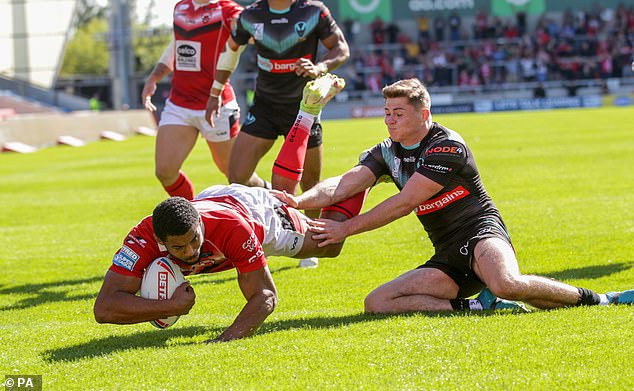 Rowley said: ‘I couldn’t be prouder. It’s an amazing effort.

‘That’s not a fluke, it’s a result of hard work. We scored some fantastic tries.’

Saints coach Kristian Woolf fumed: ‘We pride ourselves on high standards but didn’t reach those today. We were off in every department.’ 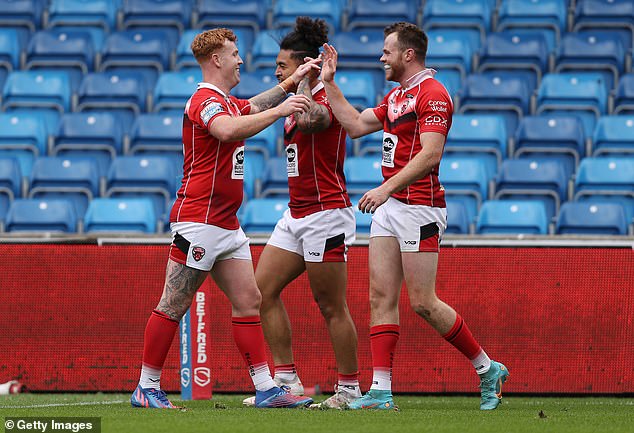 Ne-Yo's wife Crystal Renay accuses the star of 'cheating' on her... months after marrying him AGAIN