Sarina Wiegman will ‘100 per cent’ manage in the Premier League or Championship one day, insists Darren Bent as the former England striker says both the Lionesses boss and Chelsea’s Emma Hayes will ‘get an opportunity at some stage’

Darren Bent has said he ‘100 per cent’ believes Sarina Wiegman will lead a men’s side in the top two divisions of the football pyramid in the future.

The 52-year-old has been widely praised for her tactical work leading England to the Euro 2022 trophy, both with the starting 11 for each game, and her substitutions.

It has ignited conversation around the potential for female managers to work at the top level of the English game – which also usually mentions Emma Hayes, who has won five WSL titles in a decade with Chelsea. 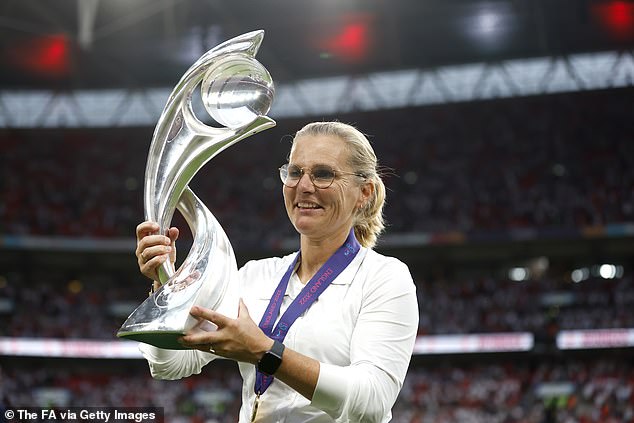 ✅ “Could Sarina manage in the Championship or Premier League? 100%.“

Darren Bent feels Sarina Wiegman could manage in the men’s game in the future pic.twitter.com/DJmZ6hWHJq

During TalkSport’s Drive programme, a phone-in call from Manchester United fan Brian queried if Wiegman would one day manage a Premier League or men’s Championship team.

‘Not just her, people have spoken about Emma Hayes as well.

‘If we keep seeing the emergence of the women’s game going the way it is, and seeing England winning the Euros, she’s going to get an opportunity at some stage’.

The presenter Andy Goldstein said: ‘Tactically throughout the whole competition, she got everything right.’

In another part, Wiegman’s work was also praised by Gunners fan Andy, who would prefer the Dutch maestro to Mikel Arteta. ‘I want her at Arsenal’, Andy said. 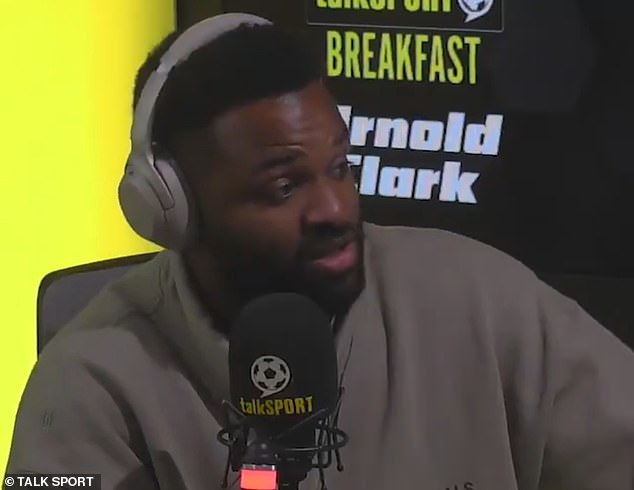 It is not clear if Wiegman, who became the first non-British permanent Lionesses manager in September 2021, would want a club role.

She has a four year contract, running to 2025, and it was reported yesterday that the FA are considering extending this contract already due to the Lionesses’ success on Sunday.

Women have rarely been involved in management positions in the men’s game in England, and the highest was at the semi-professional level.

Open managerial spaces in League 1 and League 2 have often brought rumours that Hayes has been scouted, but the 45-year-old has dismissed these as she tries to win the Champions League with the Blues. 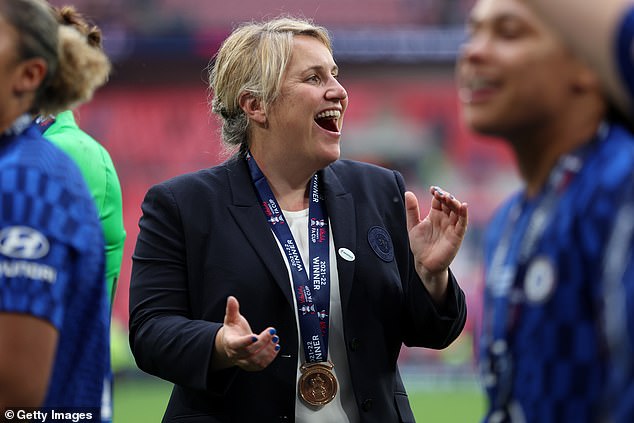 With Wiegman and Hayes both seeking major women’s trophies with top quality players, it may require a different trailblazer to break into men’s football.

It is quite telling that stories about women in management always circulate around Hayes – and now Wiegman – when other female WSL managers are not discussed at all.

However, Wiegman’s success with the England team appears to have made a breakthrough in considering female managers for major roles.

Nearly 700 migrants tried to cross the English Channel on Monday

Norwich 1-3 Watford: Sarr bags a brace after Dennis strike to secure victory for the Hornets