Lyndon Dykes admitted he was thrilled to claim a piece of history after his late winner kept Scotland on course for the World Cup play-offs.

The QPR striker’s untidy 86th minute goal made him the first player since Colin Stein in 1969 to score in four consecutive national team games.

Dykes had to wait through an anxious VAR check before confirmation of his much-needed strike salvaged a poor overall performance from Steve Clarke’s side in Torshavn. 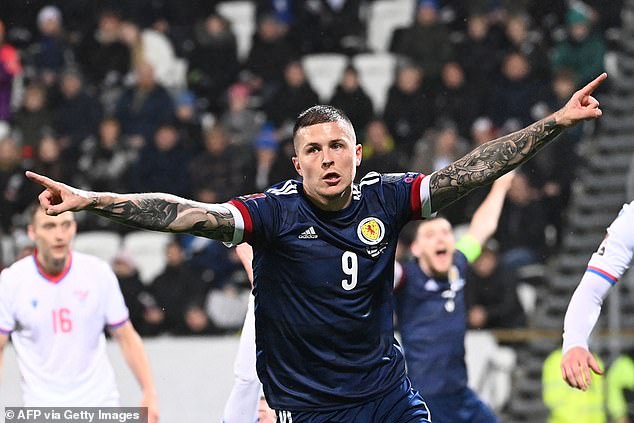 While some of the shine was taken off by a booking that sees him banned for next month’s potentially decisive trip to Moldova, Dykes was delighted to learn his current scoring streak hadn’t been achieved for 52 years.

‘It’s great obviously hearing stuff like that. I’m feeling really good in myself. I feel like I can score goals and at the moment everything is just happening for me.

‘Tonight wasn’t the best game, but I just tried to keep making those front-post runs and the little deflection today hit my shoulder and went in top corner. I’ll take them all day.

‘We got there in the end. I’m happy to get the goal and it was good to get the win for the fans that came as well. We got the win and that’s what matters.’

A VAR check was also required before Dykes was awarded his goal against Israel last Saturday. This wait felt even more agonising as Slovenian ref Matej Jug awaited clarification on a potential handball.

‘I was confident, but you never know with VAR,’ added Dykes. ‘I knew it hit my shoulder, but it was so quick I didn’t really know if they would call handball or not.

‘VAR has been quite good to me recently, and sometimes it’s lucky to have it.’ 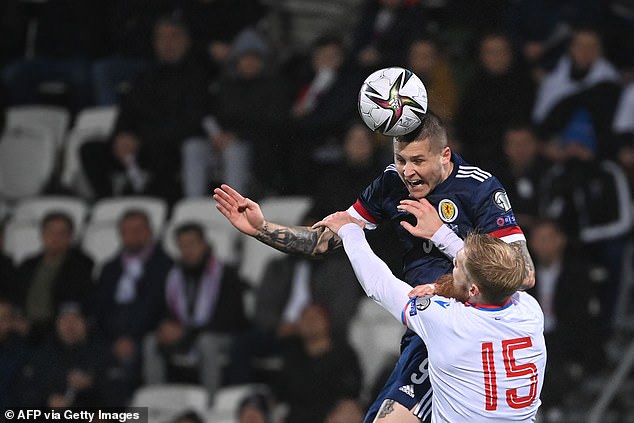 Dykes will miss Moldova after being shown a yellow card by Jug for an aerial challenge on Odmar Faero. Ryan Christie will also be suspended.

‘It’s really annoying,’ said the striker. ‘I knew I was on a yellow card for a suspension for a while now and obviously going for those headers I jump with my arms.

‘I don’t mean to catch him and then I was trying to be as nice as I could to the ref to not get the yellow card.

‘At least that’s it out the way, and we’ve got enough quality in the team to hopefully beat Moldova and put us in a great place to qualify.’

Pentagon reveals more than 100,000 service members yet to receive their first COVID-19 vaccination

JOFRA ARCHER: England captain Root has told be fearless in the rest of the Test series