Southampton are closing in on a deal for highly-rated Germany under-21 defender Armel Bella-Kotchap.

VFL Bochum centre-back Bella-Kotchap is on the verge of becoming Southampton’s third summer signing, with the club hoping to finalise his signing for a fee in the region of £10m in the next 48 hours.

The 20-year-old is a product of Bochum’s academy, earning his first professional contract in March 2019 at the age of 17 and going on to make his professional debut one month later. 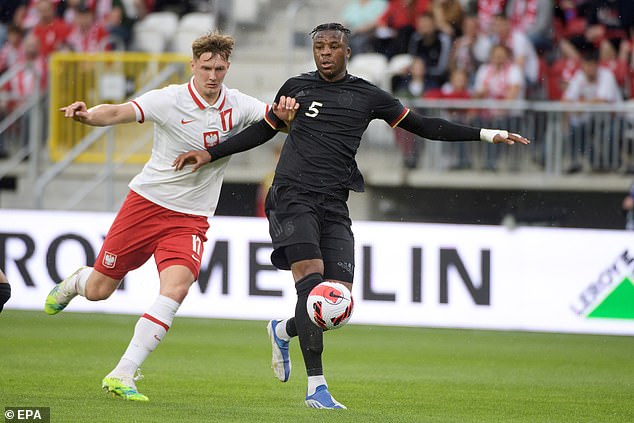 Since then he has featured another 73 times for the German outfit, helping them secure promotion to the Bundesliga in 2021.

Despite being born in Paris, Bella-Kotchap opted to represent Germany at international level after moving to the country at an early age.

He started out with the under-18 team in 2018 before eventually working his way up to the under-21s, where he has made nine appearances over the past year.

Southampton are understood to have beaten other Premier League teams and Bundesliga clubs to the 6ft 2in defender – who played 22 times in Germany’s top flight last term.

PLAYER RATINGS: Riyad Mahrez was key at both ends for Man City at PSG

AHEAD OF THE GAME: HMRC slap Premier League stars with tax bill on agents’ fees