Stirring the pot: Alex Morgan says the USWNT ‘mean business’ after team posts her cheeky tea celebration ahead of monster friendly vs England

Alex Morgan and the USWNT have set the table for another spicy encounter against the European champion Lionesses after cheekily bringing back her tea celebration.

The national team tweeted out a post announcing their eventual arrival on English soil for the October 7 friendly.

In the tweet, Morgan was pictured feigning a sip of tea — as was her celebration  after the go-ahead goal in the US’ 2-1 World Cup semi-final win over England in 2019.

In response to the team’s post, Morgan replied: ‘Oh they really put the tea (emoji) in that photo…we must mean business.’ 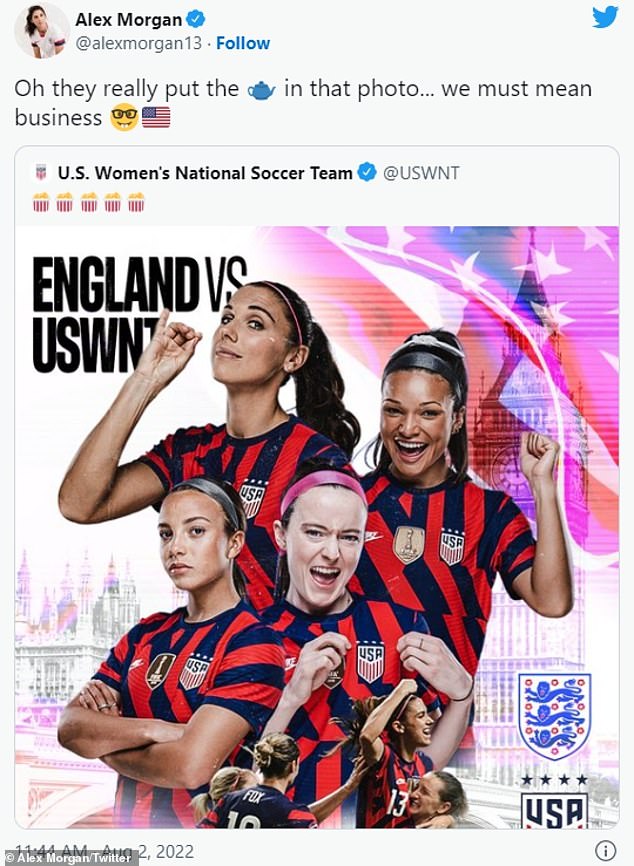 The game has been confirmed to some degree. While October 7 is the date announced, the fixture still remains tentative in theory.

It is dependent on England qualifying for the 2023 World Cup in Australia and New Zealand. If England failed to qualify, US Soccer announced they ‘would then work to agree a new date for the two teams to meet in future.’

Sarina Wiegman’s team will have the opportunity to confirm their place at the World Cup, and indeed the friendly, during the September international window.

The Lionesses need just a point away in Austria on September 3 or a win over Luxembourg at home, three days later, to secure their status for Australia, and indeed the ‘friendly.’ 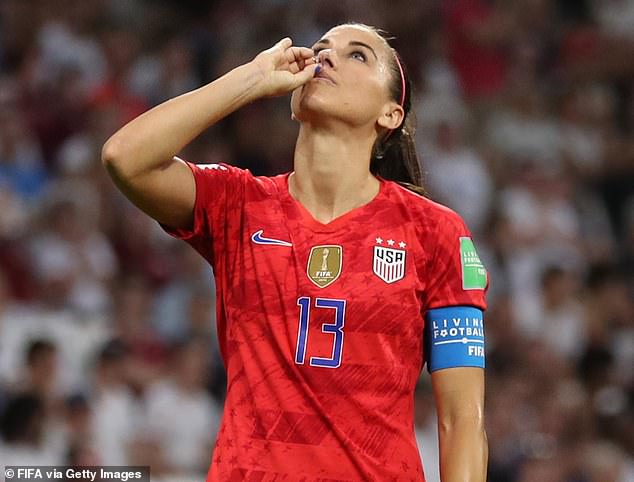 Both the Lionesses and USWNT will head into the exhibition with immense momentum.

While England triumphed at Wembley to defeat Germany and in the process claim the Euro 2022 title, the US also claimed silverware in the form of the CONCACAF Women’s Championship.

The Stars and Stripes defeated Canada 1-0 with — who else? — Alex Morgan scoring the decisive goal on her way to receiving player of the tournament.

US head coach, Vlatko Andonovski, shared his unbridled excitement at the prospect of pitting his side against one of the best teams the world has to offer.

‘This is exactly the kind of match we need at exactly the right time in our World Cup preparations so we can test ourselves against a very talented England team,’ he said. 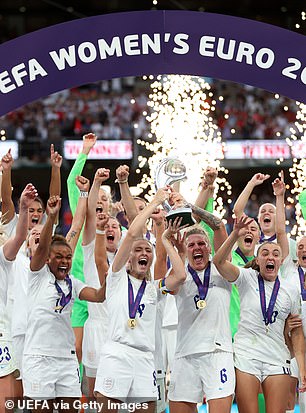 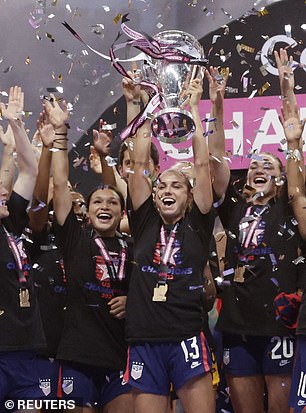 ‘I saw England play live at the Euros and I’m looking forward to an amazing atmosphere at Wembley and another big event for women’s soccer.’

England head coach Wiegman also elucidated her enthusiasm for the fixture which will only enhance the energy and interest in the women’s game.

‘It is really exciting to have the chance to play the US at Wembley if we can make sure of qualification for the World Cup. It would be the perfect game for our squad to meet another strong team after so many tough games in the Euros.

‘We know we still have work to do to take the next step forward … it will be great to welcome as many fans as possible so that we can say thanks again for their incredible support.’

And fans there will be. The Football Association of England’s website crashed with the queue for tickets reaching more than 45,000.

As of now, all general admission tickets are sold out for the USWNT’s arrival. 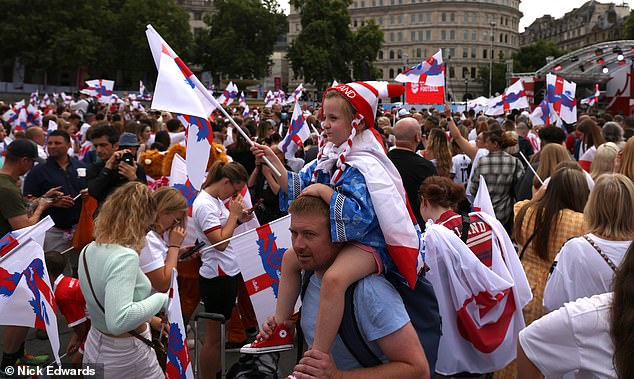 Chelsea are willing to let £47.5m Timo Werner leave this summer if they can sign a replacement