STOP MOANING! Antonio Conte tells Mikel Arteta to ‘focus more on his team and not complaining’ after Arsenal boss blamed referee for 3-0 defeat which moves Tottenham just a point behind rivals

Two goals from Harry Kane in the first half and one from Heung Min Son after the break gave Spurs victory in front of their own fans and moved them to within a point of Arsenal in the battle for the fourth Champions League spot with two games left of the season.

But the night’s talking points were not the goals but the penalty awarded by referee Paul Tierney for a shove by Cedric Soares on Son for the opener and then a second yellow card for Arsenal defender Rob Holding after he seemed to push his elbow in to the face of the Korean forward with the score at just 1-0 after half an hour. 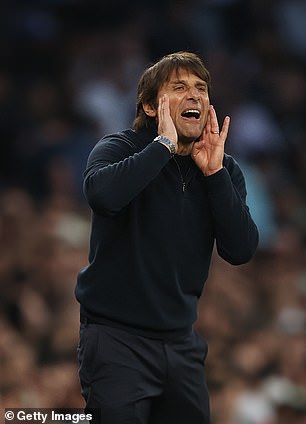 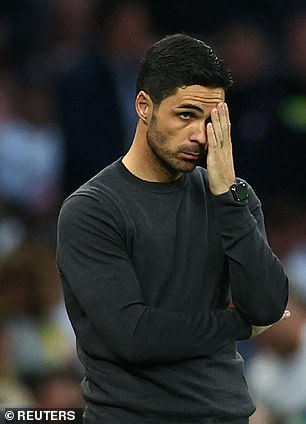 Arsenal manager Mikel Arteta was so enraged about both incidents that he refused to talk properly about them afterwards.

Arteta said: ‘I can’t do it as I want to be on the touchline on Monday [against Newcastle].

‘I can’t lie and if I speak about it I will be suspended so I prefer not to. A beautiful game has been destroyed.’

Spurs manager Conte was quick to hit back. 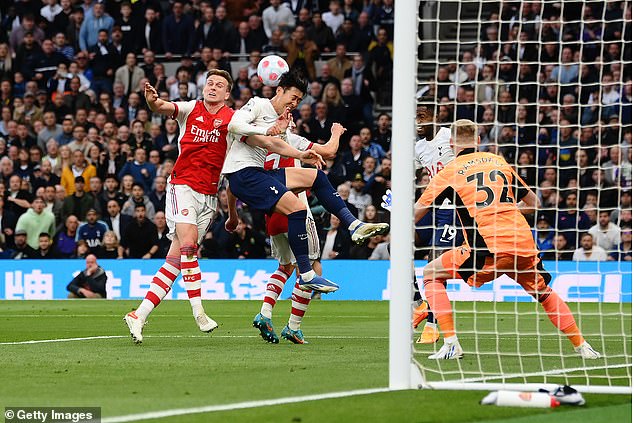 The Italian said: ‘Mikel Arteta is doing a really good job but I listened to him complain a lot.

‘I think he has to be focussed more on his team and not complaining.

‘The red card for me was clear. If we want to complain we could do it every game. This is my advice. If he wants to take my advice it’s up to him. I don’t care. In six months I have listened to him complaining a lot. It’s not good.’

This was a game that was postponed from earlier in the year at Arsenal’s request. Conte has always been unhappy about that. 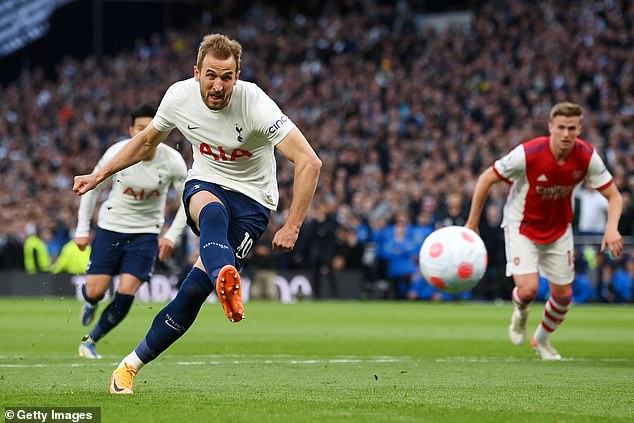 He added: ‘They had the game postponed because of Covid and they only had one player with Covid.

‘I haven’t forgotten that. I could complain about playing our next game at 12 o’clock on Sunday when Arsenal play on Monday night. They have more rest.’

Kane gave Spurs the lead from the penalty awarded in the 22nd minute and scored again seven minutes after the sending off.

Holding had already been booked and a running battle with Son that had been a theme of the first half came to a head when he appeared to push his elbow out to block a Son run on to a long ball. 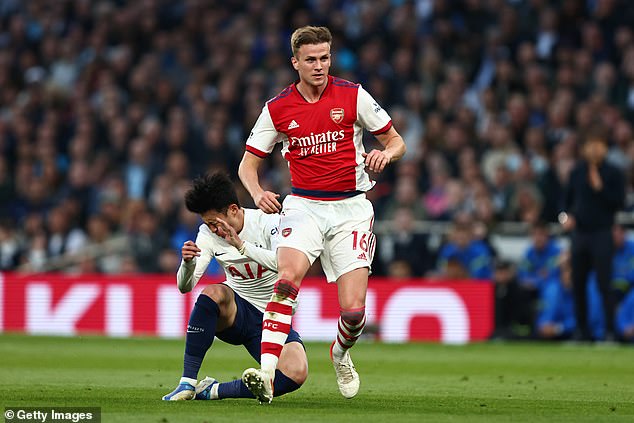 Rob Holding was sent off for two bookings, the second awarded after he clattered into Son

Son said afterwards: ‘I was running into space, but he just blocked the run.

‘Even if the ball isn’t coming, it’s a dangerous challenge. We have VAR so if there was no yellow card, then probably VAR would check it. For me it was a clear foul and a clear yellow card.’

Spurs’ win means that Arsenal must beat Newcastle on Monday and then Everton at home a week on Sunday to clinch a top four spot. Tottenham host Burnley on Sunday and then go to Norwich on the final day. 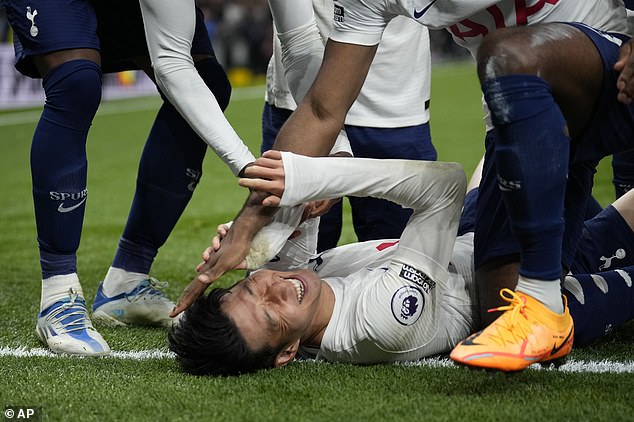 Labour activists are ordered to say nothing about Beergate... as BBC admits receiving complaints

Qatar 2022: Your guide to the World Cup’s eight stadiums

AHEAD OF THE GAME: Oldham under fire for selling merchandise promoting the Maxwell family