Streaker wearing nothing but star-spangled underwear shows off some impressive juke moves to send a security guard tumbling at the San Diego Padres game – before he is tackled to the ground and chucked out!

A streaker led security on a wild chase as they invaded the field during the San Diego Padres’s win against the Minnesota Twins Friday.

The Padres hit season highs in homers (five) and extra-base hits (seven) in a 10-1 home rout of the Minnesota Twins Friday.

One fan was clearly bored of the Padres’ blowout and decided to liven up the on-field action at Petco Park. 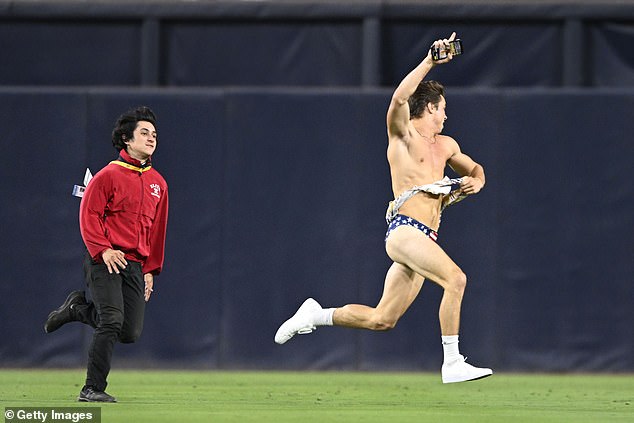 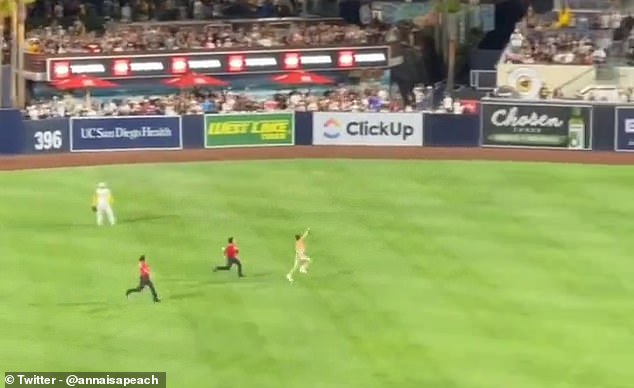 The shirtless fan, who wore nothing but stars-and-stripes underwear and white sneakers, decided to interrupt the 10-1 laugher by invading the open field.

His venture lasted about 20 seconds as he ran circles around the guards and even got one impressive juke, putting a guard onto the ground while dodging an outstretched arm.

The invader slipped a couple of times himself as he tried to evade the security personnel before four of them managed to tackle him to the ground.

The aftermath of the incident is unclear but it is unlikely the fan will be making a return trip to Petco Park anytime soon. 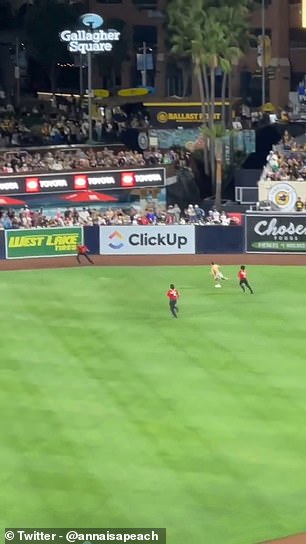 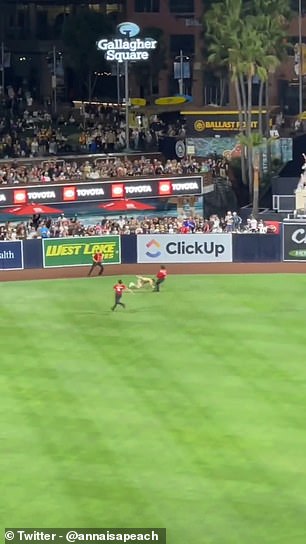 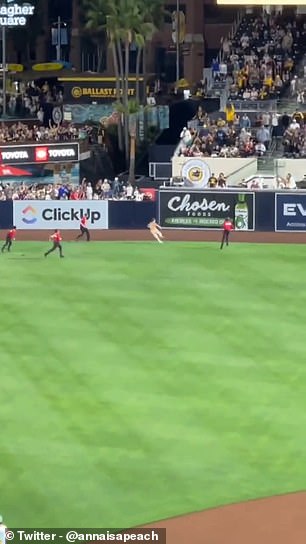 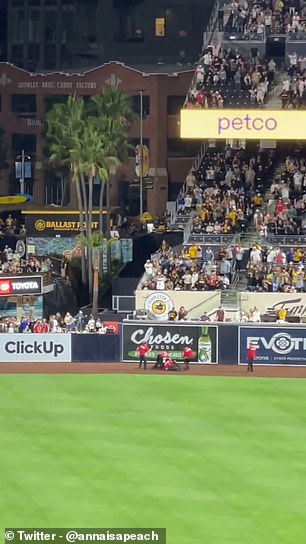 Padres manager Bob Melvin was hoping his team’s power surge was there to stay after San Diego followed two losses in a three-game series in Detroit with their most impressive slugging game of the season.

‘We needed it, and it proved we could do it,’ Melvin said after five different Padres homered on Friday.

‘You hope it carries over. We got two runs in the first on that towering home run (46-degree launch angle) by Luke Voit, which was big. And we kept slugging. Hopefully, this carries on for a while.’

However, the Padres could not maintain as they stumbled Saturday, losing 7-4 before bouncing back with a 3-2 win Sunday night. 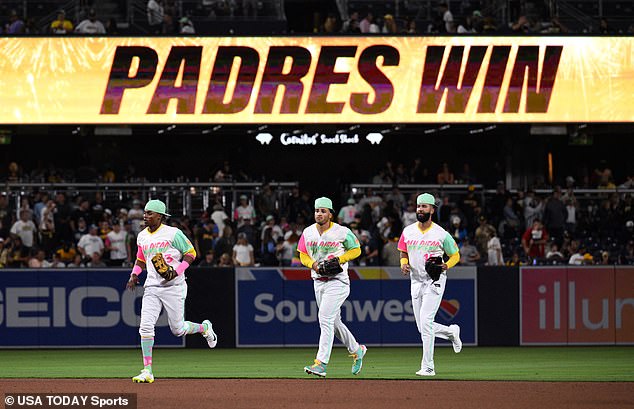 Tennis star Jordan Thompson opens up life off the court