Despite only having played eight seasons in the NFL, Aaron Donald had retirement rumors flying around him both before and after he lifted the Lombardi Trophy with the Los Angeles Rams.

Donald, the three time NFL Defensive Player of the Year, almost confirmed those rumors had some truth to them during an interview with NFL Network on Saturday.

When asked if he would have returned to play for the Rams if his head coach, Sean McVay, had left, Donald said that he wouldn’t have done so.

‘Not at all. Not at all,’ Donald told analysts at an interview during NFL Network’s ‘Training Camp: Back Together Saturday’. 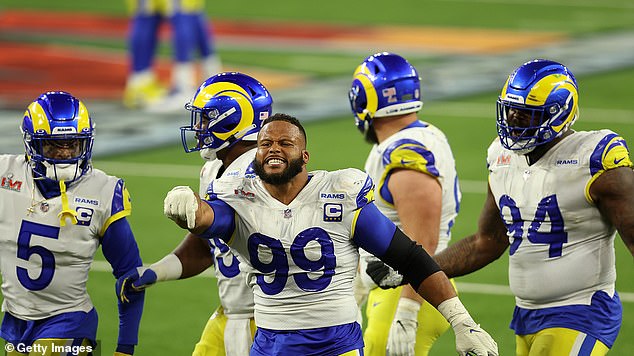 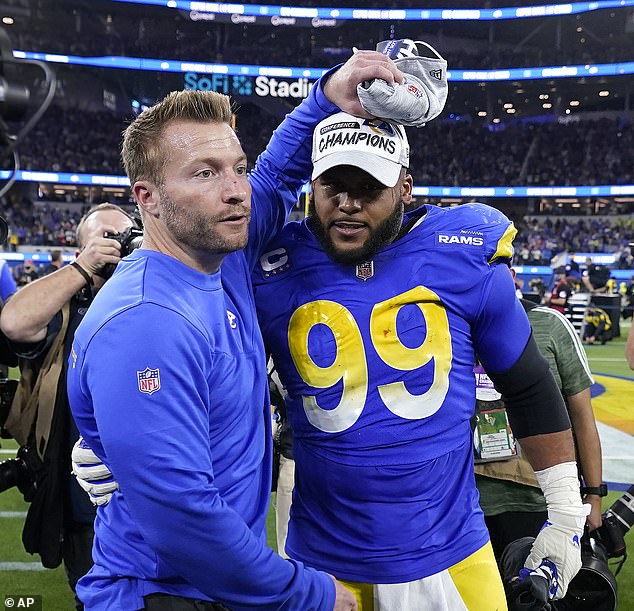 Donald and McVay have appeared in two Super Bowls together, finally winning one last season

‘If Sean ain’t here – I told Sean when he first got here. We came up with some things early and I first told him as long as he’s the head coach here, I want to continue to build my legacy with him.

‘As long as he’s here and I got the ability to still play at a high level, I’m going to be here. When he’s gone and it’s all said and done, that probably will be when I’m hanging it up, too.’

McVay also had rumors of retirement surrounding him as well, with the thought being the 36-year old could head to television.

Both Donald and McVay have worked wonders together in their years with the Rams. 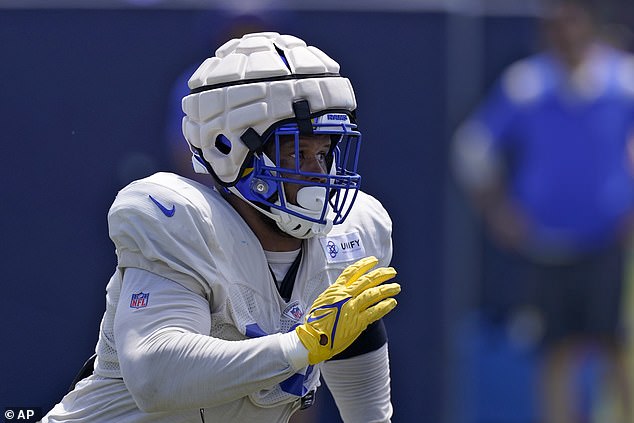 After considering retirement, Donald is back with the Rams for another season

Since being drafted 13th overall in 2014 out of the University of Pittsburgh, Donald has been rolling in accolades, earning eight Pro-Bowl appearances, three NFL Defensive Player of the Year awards, NFL Defensive Rookie of the Year, and named to seven NFL All-Pro first teams.

McVay became the youngest NFL head coach in the modern era when he was hired at the age of 30.

In the five seasons he’s been at the helm, the Rams have made four playoff appearances, including two Super Bowl berths.

The first appearance in Super Bowl LIII wasn’t nearly as joyful, when the Rams fell to the New England Patriots by a score of 13-3.

That Patriots team was helmed by then-quarterback Tom Brady, whose Tampa Bay Buccaneers team fell to the Rams this season in the NFC Divisional round.

Brady, who briefly retired and then unretired this offseason, quipped about Donald’s playing ability and workout videos.

‘I see Aaron Donald workout on my Instagram,’ the quarterback told the Dan Patrick Show. 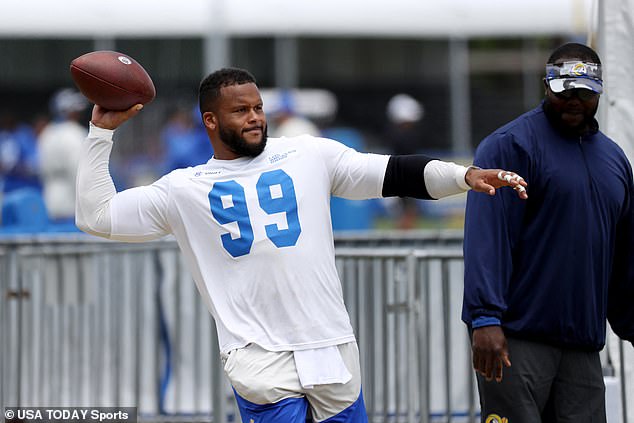 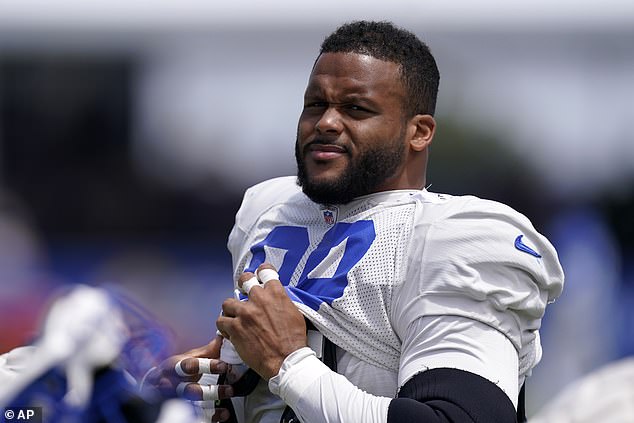 Ever since McVay took over in 2017, Donald has recorded at least 11 sacks each season