Swans legend Jude Bolton has shared a blunt message from former Sydney coach Paul Roos where he challenged the playing group to realise their collective potential.

Bolton, 42, who won two flags with the Bloods in 2005 and 2012, tweeted the blunt words where player accountability was key.

The ‘motivational’ speech in the form of a game review included Roos’ assessment that some players ‘didn’t know what to do’ in key moments or worse, were ‘choosing not to do it.’

They were urged to let the coach know ‘if the message wasn’t getting across.’

Roos wasn’t finished yet, declaring the ‘only reason we (coaching staff) exist is to make you (players) successful’ and that if ‘all 22 players buy into his philosophies, they will win.’ 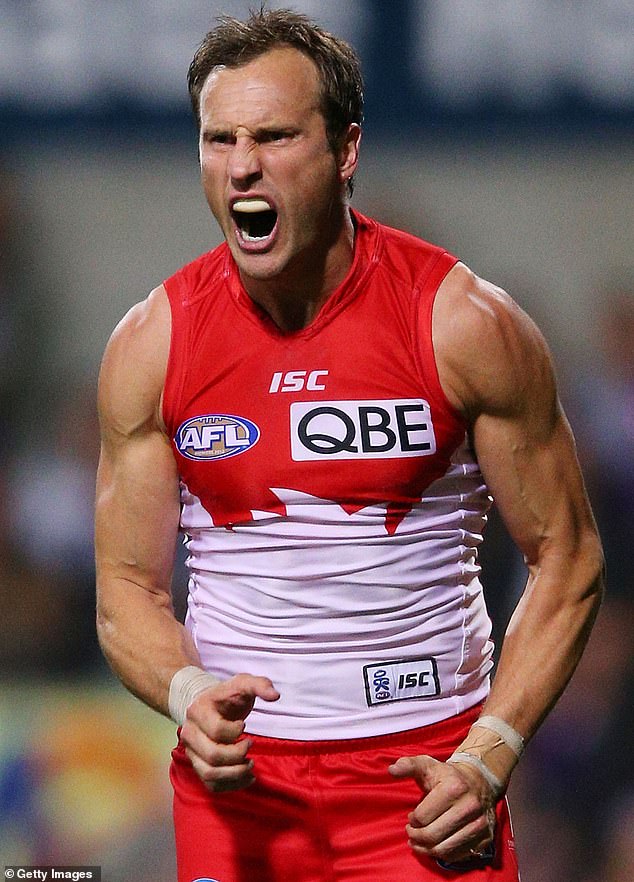 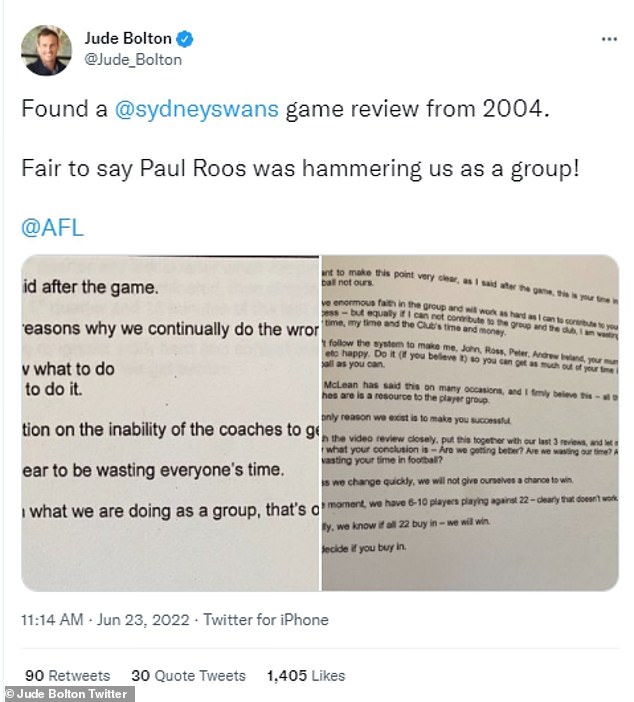 Bolton revealed to his 29,000 plus Twitter followers that coach Paul Roos ‘hammered the group’, who were struggling for form in 2004

The stirring words had the desired effect, with the Swans ending a 72-year premiership drought in 2005, beating West Coast by four points in a thriller at the MCG.

Bolton, who made 325 appearances for Sydney as a one-club man in what was a stellar career, shared the messages from Roos on Twitter on Wednesday – much to the delight of countless Swans tragics.

‘So good. Love this stuff, Jude. Superb insight,’ one wrote, while another supporter responded: ‘Love it Jude. Elite sport is for the very few who are prepared to do whatever it takes to be successful….and for those that ask the hard questions of themselves and others.’

Bolton also revealed Roos’ thought provoking words followed a defeat the hands of the Eagles in round eight of 2004.

It was Sydney’s fourth straight loss at the time, who then bounced back to win six of the next seven matches. 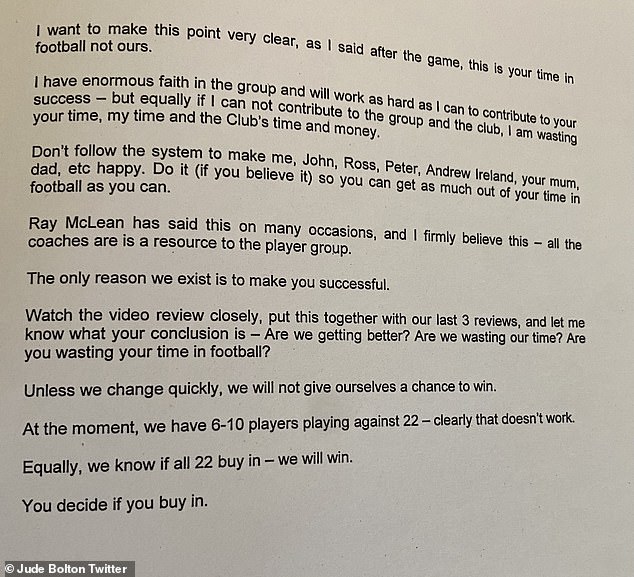 Roos went onto state if the Swans playing group ‘bought into his ideas, they will win’ 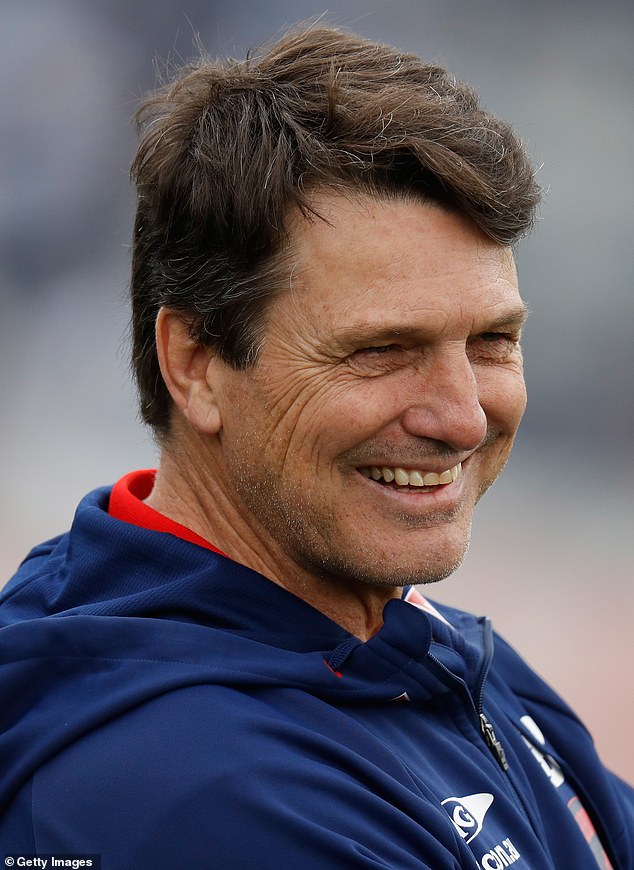 Roos proved to be on the money, with the Swans winning the 2005 AFL premiership

The champion midfielder said the rev-up from Roos delivered some home truths.

‘Shows we probably needed a reality check,’ he said.

‘We then cracked into gear together…even though 2004 wasn’t a successful year, it set the club on the right path.’

The married father of two hasn’t been lost to the game – these days he is often a boundary rider for AFL matches played in Sydney.