Could Buddy and Dusty be united at Sydney? Swans plan to re-sign Lance Franklin EARLY in a bid to create a powerhouse AFL combination with Dustin Martin

The Sydney Swans are in discussions to re-sign star Lance ‘Buddy’ Franklin to a cut-price deal that could see him united with Richmond star Dustin Martin in 2023.

Martin has been the subject of ongoing rumours linking him to the Harbour City where he spent time growing up and returned to during his personal leave from the AFL this year to mourn the death of his father Shane.

Now Swans supporters face the mouth-watering prospect of potentially seeing Franklin and Martin in the red and white strip in 2023. 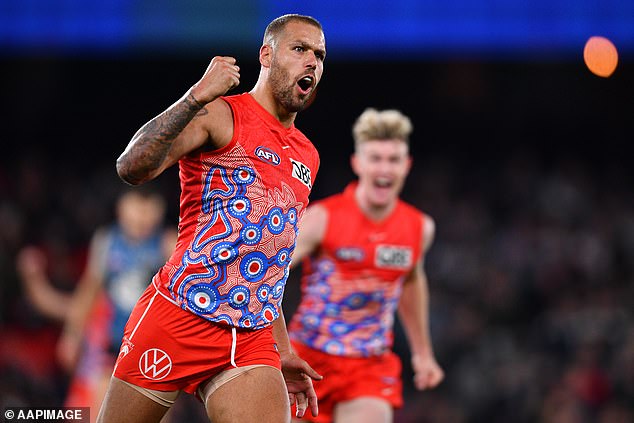 The Age has reported the Swans are keen to get the deal done sooner rather than later, even if Franklin gets injured after putting pen to paper.

He is currently on a modified training regime and was limited to just 10 games between 2019 and 2020 before his renaissance this season. That time on the sideline might have helped extend his career.

Franklin signed a nine-year, $10 million deal to link with Sydney from Hawthorn in 2013 and is now expected to play on after kicking his 1000th AFL goal in 2022 and showing signs there is still plenty of footy left in his 35-year-old legs. 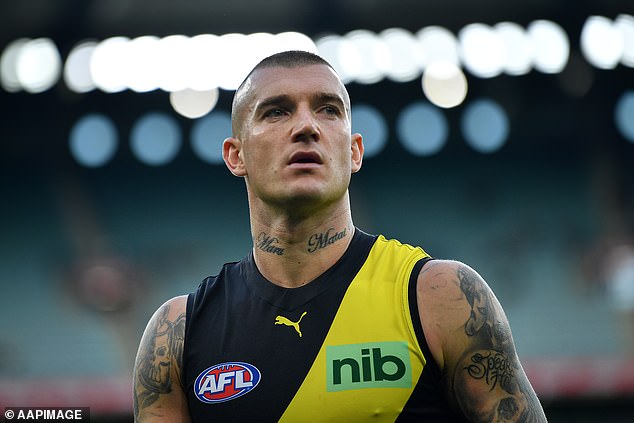 A rival list manager told The Age that Franklin would likely only command around $400,000 for a one-year extension – slightly above the average pay for an AFL player – because of his age and history of injuries.

While Franklin will not be able to attract nearly as much money as he did last time they were at the negotiation table, he is unlikely to sign for another club.

The star full forward is happily settled in Sydney with wife Jesinta Franklin and children Tullulah and Rocky.

Channel 7’s Mitch Cleary reported earlier this month that Swans CEO Tom Harley will lead the negotiations with Franklin for an extension.

‘It’s not a standard player contract, there’s so much more that goes into Lance Franklin in terms of the marketing and everything outside of the cap that he can offer,’ he said.

‘They are in discussions now over a one-year deal but just how much that is, it might be a little bit more than maybe your typical 36-year-old.’ 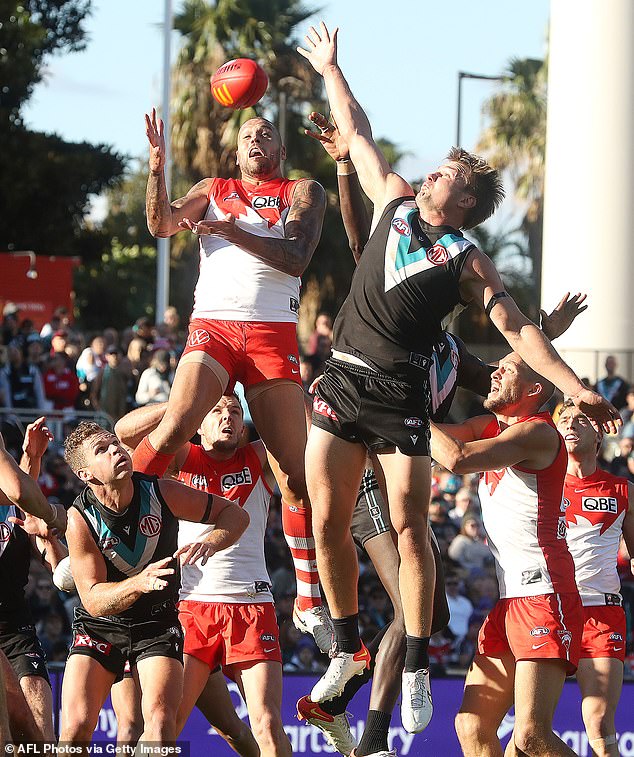 Meanwhile Martin will return from illness to take his place in the Tigers side for Saturday’s clash with Geelong amidst speculation he could be looking at moving to Sydney in 2023.

‘Talks are preliminary at this stage as there are lots of moving parts but there’s little doubt Dusty wants to live in Sydney,’ a source in Martin’s camp told the publication.

Tigers coach Damian Hardwick has also previously said that Martin can leave to play for a Sydney club ‘with his blessing’.

‘Whatever Dustin’s decision is moving forward is up to Dustin and, to be honest, he has my blessing,’ Hardwick said.

‘What he’s given me, us, our fans, he has been incredible and whatever we get from here on is a real bonus.’ 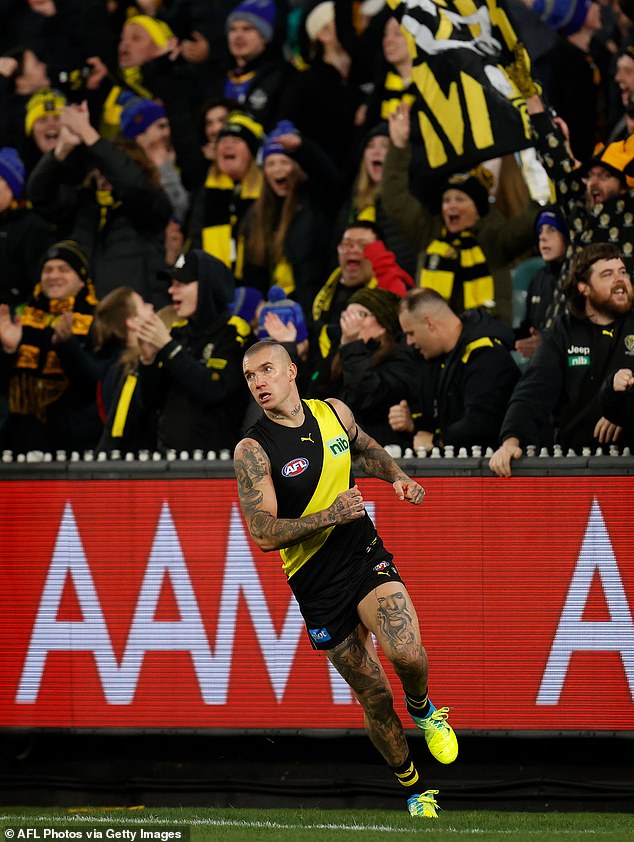 However Tigers president Peggy O’Neal said that Martin had assured her in May he was staying at Richmond.

‘We have him for two more years and I haven’t heard a word about that [Martin going to either the Swans or GWS],’ she said.

‘People change their minds but he has done so much for the club. For the next two years I am certain we will continue to see Dustin play for the Tigers.’

MARTIN SAMUEL: Arise, Sir Gareth? Why do a stupid thing like that!