Swim England face serious questions over their safeguarding policies after Britain’s former performance director said ‘all the coaches’ were aware of rumours around an alleged paedophile who trained some of the country’s leading athletes.

Bill Sweetenham has admitted to The Mail on Sunday he had heard unsettling speculation around the personal life of John Wright long before he took charge at Kingston Royals Swimming Club.

Sweetenham, who arrived in Britain from Australia several years after countryman Wright and had no role in his appointment in south London, said the toxic rumours were common knowledge among the coaching community in his homeland.

But the swimming fraternity was unable to act on them because no complaint was lodged against Wright at the time. He is now facing 29 charges of child sex abuse in Australia and, as The Mail on Sunday revealed, has been accused of systemic bullying at Kingston Royals.

Sweetenham knew Wright before the latter departed Australia to work in South Africa, which he left for Kingston. Sweetenham enquired about the speculation on a trip of his own to South Africa during this time but Wright’s associates gave him only positive references.

‘There were always rumours about [Wright] in Australia during his time there, but no proof,’ said Sweetenham, who enjoyed a hugely successful reign with the British team between 2000 and 2007. ‘Apart from being an accomplished coach, he hid in the shadows with his personal life.’

Sweetenham had approached Ken Wood, the late Australian Olympic coach and a friend of Wright’s, with concerns. ‘I often asked Ken about the rumours many years ago,’ he said. ‘Once again, it was a case of many rumours but no proof.’

Sweetenham said Wright’s marriage to the mother of a swimmer allayed the suspicions. ‘This delivered a temporary cessation of these rumours,’ he said. ‘Not one person came forward with an official complaint. All smoke and mirrors. Coaches gave him the benefit of doubt.’ 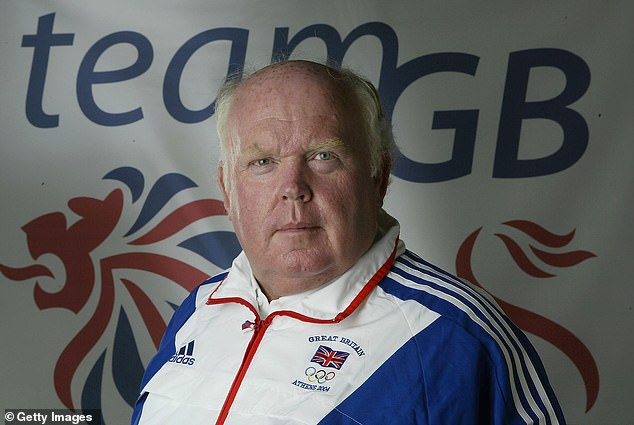 Safeguarding experts say the case raises issues about due diligence that took place on Wright, among both British swimming authorities and those in other countries where he worked. Sweetenham himself admitted ‘education and communication have not been the best down the years’ among national federations and they have ‘had to sharpen their approach to safeguarding’.

British swimming’s ruling bodies have also been criticised for failing to respond properly to the Wright case. British Swimming and Swim England have not released a public statement beyond telling this newspaper that anyone with a concern can approach them.

The Mail on Sunday can also reveal that Princess Charlene of Monaco, a former Olympic swimmer with South Africa, joined Kingston in 2001 specifically to train with Wright. Princess Charlene, then Charlene Wittstock, has not alleged Wright bullied her. No one at Kingston, where most of his swimmers were aged under 16, has said Wright sexually abused them.

Wright is awaiting trial in Brisbane after his arrest in October. Police acted after a documentary in Australia accused him of sexually abusing young male swimmers in his homeland. He was subsequently accused of sexually abusing male swimmers in South Africa. Wright left South Africa shortly before taking over at Kingston in the late 1990s, staying nine years. Sweetenham said: ‘On a trip to South Africa, I was aware he was there and on enquiring about him, all those associated with Wright afforded support, unconditionally. Again, there was no proof. As coaches we suspected issues, but this was based on rumour.’

The allegations around Wright have rocked Australian sport, where Wright trained some of the country’s most talented young swimmers. Whistleblowers included Olympian Shane Lewis; Colin Marshall, a former junior national champion, who described how Wright physically assaulted him as a 14-year-old; and Paul Shearer, who competed at state level. Shearer died in July 2020, with reports saying he took his life. Lewis died in February 2021 following a fatal prescription drug overdose at 47.

Wright took charge at Kingston despite his conviction for physically assaulting Cindy Wee, the daughter of Singapore’s then president Wee Kim Wee, and mother to Wright’s 13-year-old swimmer Su-Ling Ch’ng. He was released on a 18-month good behaviour bond. 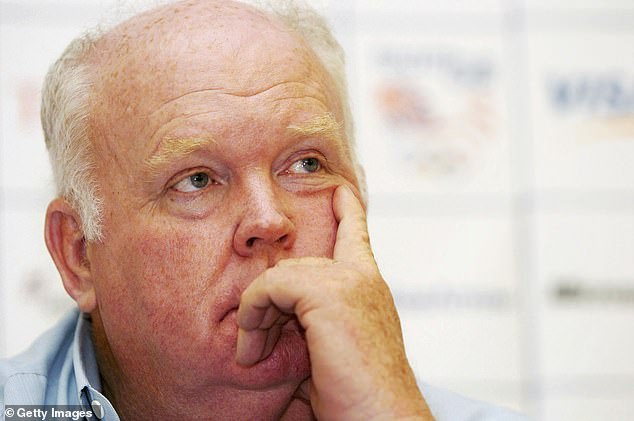 Kingston became the strongest club in southern England under his charge, with at least two swimmers going on to represent their country. That pair does not include Princess Charlene, who represented South Africa in the 100m and 200m backstroke at the 2000 Olympics. Her decision to head to Kingston was reported in February 2001, a year before she finished sixth in the 200m backstroke at the world championships. She married Albert II, Prince of Monaco, in 2011, having met him at a meet 11 years earlier.

The MoS revealed last week how former Kingston swimmers have set up a social-media support group to help deal with the aftermath of being coached by Wright. It is understood that Swim England, the body with jurisdiction over the amateur arm of the sport, have been told about the group and are aware of concerns about Wright. The authority have put two safeguarding officers on the case.

However, neither Swim England, British Swimming, who have overall authority for water sports, nor Kingston have made a public statement. Safeguarding experts have criticised them for not being proactive in reassuring any potential victims there is support available.

‘A sport governing body cannot deny responsibility by saying they did not receive a complaint,’ Payoshni Mitra, chief executive of the Global Observatory for Gender Equality & Sport, said.

‘Often governing bodies prioritise the reputation of the organisation over their duty towards an athlete who has been victimised. Turning a blind eye is not an answer.’

Dr Daniel Rhind, an academic at Loughborough University who has researched topics related to safeguarding in sport, said: ‘It has been illustrated by high-profile cases that others can come forward following such disclosures.’

Swim England said in a statement they ‘encourage any individual who has concerns relating to this or any other safeguarding matter to contact us’.

Kingston Royals did not respond to requests for comment. 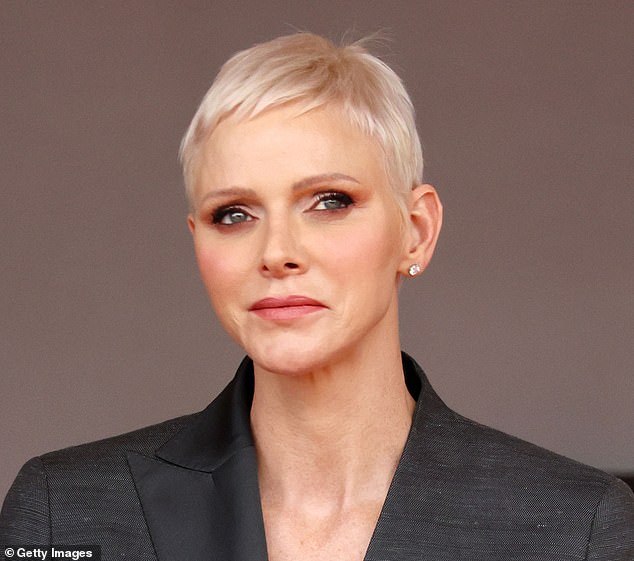 Princess Charlene, who was previously coached by Wright, hasn’t accused him of bullying her

Paddy Pimblett is ‘entertaining as f***’ but not good enough to be UFC champ, says Jorge Masvidal