The Sri Lankan team has asked its athletes and officials at the Commonwealth Games to turn in their passports after three members went missing.

The nation, which is experiencing a major economic crisis, confirmed late Wednesday that a wrestler, a judoka, and a judo coach have disappeared from one of the Commonwealth Games villages housing athletes and officials.

Sri Lankan team spokesperson Gobinath Sivarajah told The Telegraph in India that Birmingham police are investigating the absence of the three members.

‘We have asked all athletes and officials to submit their passports to our respective venue officials in all the villages after the incident,’ he said.

‘The police are investigating and the three cannot cross the UK borders. What has happened is really unfortunate.’

At the 2018 Games on Australia’s Gold Coast, almost one-third of the Cameroon team went missing after the event. Rwanda´s weightlifting coach also fled during a toilet break at the host stadium.

It was reported at least 230 athletes and officials lodged applications for protection visas in Australia after the event, but the majority were denied. 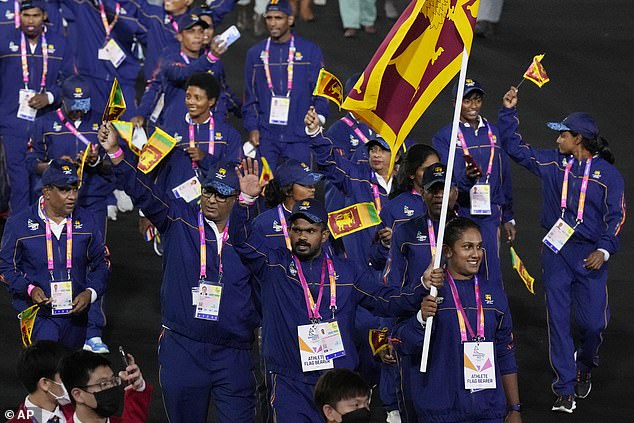