Trent Alexander-Arnold has revealed that he did not want to go Liverpool’s victory parade the day after their Champions League final loss to Real Madrid.

The right-back attended the British Grand Prix last month at Silverstone, won by Carlos Sainz, and revealed the details of his day spent in the paddock with the Red Bull team.

Alexander-Arnold told Red Bull in episode one of the We Go Again series that Jurgen Klopp was the influential figure in getting the players to enjoy their success at the end of the season despite the loss in Paris. 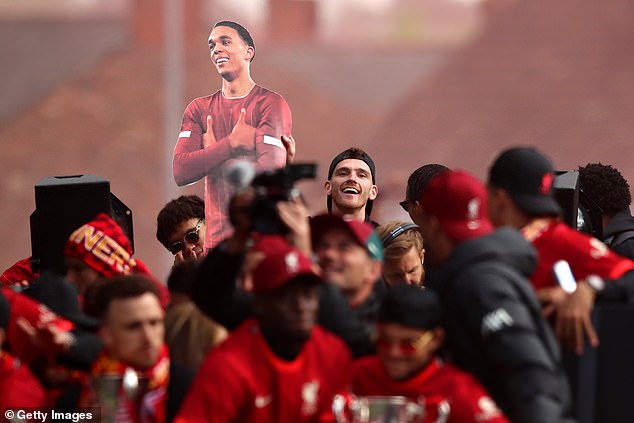 ‘We had a party that night [after the loss to Real Madrid]. At that point no one knows how to feel because it hasn’t quite sunk in yet,’ he said.

‘The manager in those situations parties because he’s like “it’s the end of the season, we might as well”. And he’s trying to encourage us to, giving us little words of motivation.

‘And everyone was like we can’t quite buy into that right now. How often do you lose a game and then go and party? Then add the fact that it’s the biggest game in club football.’ 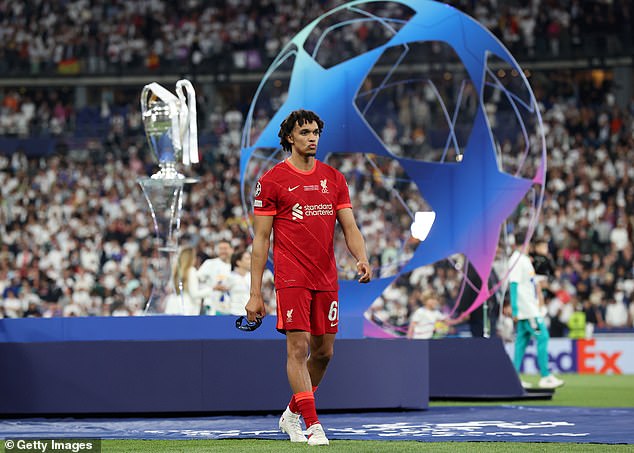 Alexander-Arnold then revealed that it hit the players when they woke up in Paris, with a few questioning whether they had to go on the parade back in Liverpool that day.

He said: ‘Alright, we never won. Do we actually need to go on this parade? I think every single player was thinking the same way: this is a bad idea. We won a trophy two weeks and three months ago. Can we start parading it round the city now?

‘Up until we started moving on the bus everybody was like, “this is the wrong idea”. And once it started mate…’ 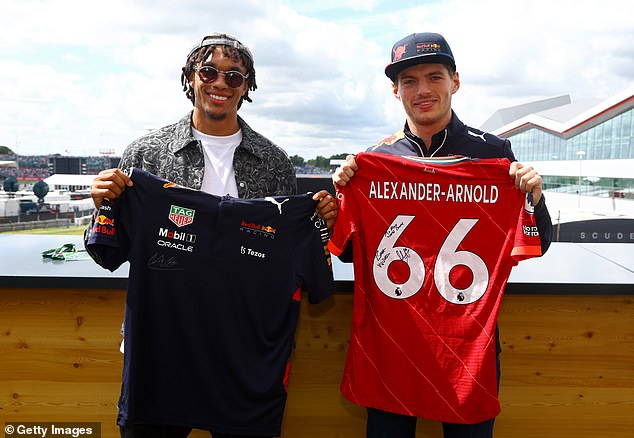 Meanwhile, Alexander-Arnold also revealed some of his conversation with Verstappen at Silverstone last month.

The England international said that the Dutchman told him he was kept up until the early hours inadvertently by Alexander-Arnold as he wanted to secure his ‘card’ on the computer game FIFA.

‘He told me: I was up at half one the other night on the PlayStation trying to get your new ultimate team card,’ he revealed.

Speaking about his day with Red Bull at Silverstone, Alexander-Arnold said it was one of the best days of his life to date.

‘That was, easily, top three days of my life. Easily,’ he said.

LIV GOLF INVITATIONAL SERIES Q&A: Why is the divisive Saudi tour controversial with its £180m pot