Tyron Woodley has got ‘I love Jake Paul’ tattooed on his finger as the former UFC fighter looks to secure a rematch in the ring with the YouTube star.

The pair fought in August, with Paul winning on points after the bout went the full eight rounds in Cleveland.

After the decision, Woodley called for a rematch and Paul agreed, but on the condition that the former UFC welterweight champion get the tattoo. 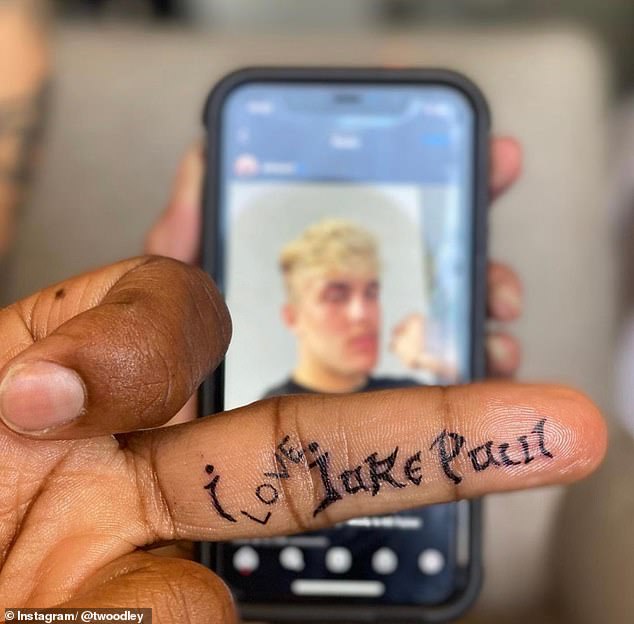 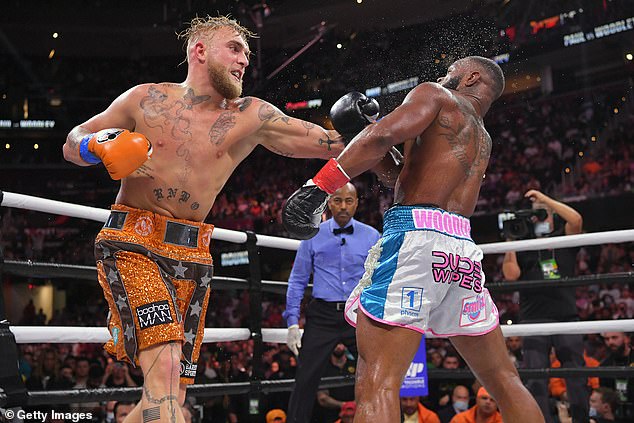 The 39-year-old has now revealed he has followed through on that, posting the image on his Instagram page and calling out Paul.

‘I love you son. Now come and get this ass whippin’ cause i heard you been talking back to your elders.’

However, earlier this month Paul seemed to dismiss the idea of a rematch, referencing Woodley’s refusal to get the tattoo immediately after the fight.

‘I’m leaving Tyron in the past. He didn’t live up to the bet; he didn’t get the tattoo. So, the rematch just doesn’t make sense anymore,’ Paul said. 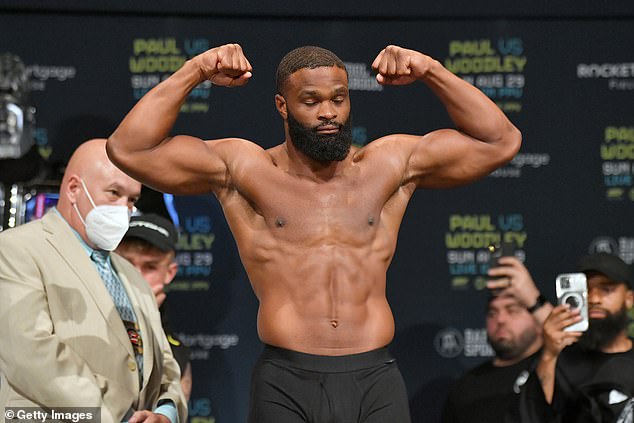 ‘And I would have been sort of forced to do it. I couldn’t really deny him then, because if he’s going to be a man of his word, then I have to be a man of my word.

‘So, he f***ed up. He missed out on another big payday because of his ego.’

A more likely opponent for Paul appears to by Tommy Fury, the unbeaten heavyweight who has regularly been touted as a future opponent.

Fury fought on the undercard of Paul’s fight with Woodley, defeating Anthony Taylor by unanimous decision to extend his record to 7-0. 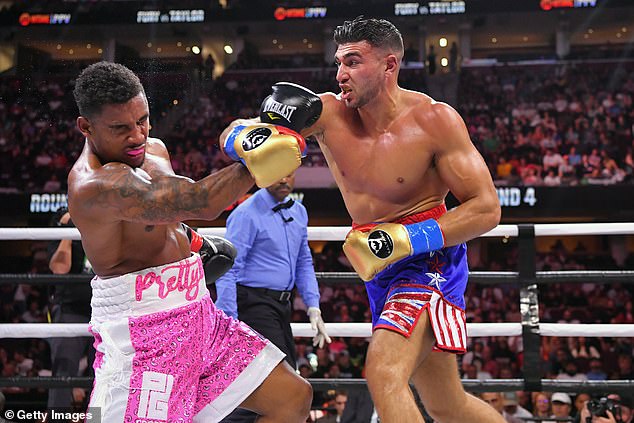 Paul appears more likely to fight Tommy Fury next, who featured on the undercard in August

Ashes: Jonny Bairstow and Zak Crawley should open for England at the MCG, says David Lloyd