‘I’m taking credit for it’: USMNT midfielder Brenden Aaronson LAUGHS as debut goal in 2-1 Leeds win is taken back…called an own goal off Wolves’ Aït-Nouri

One of the American arrivals for Leeds United thought his time in West Yorkshire was beginning in stunning fashion.

However, despite his insistence, Brenden Aaronson will not be credited for the game winning goal in Leeds’ 2-1 win over Wolverhampton Wanderers.

The low cross into the box from Patrick Bamford looked like it went off of Aaronson, but after review it was credited as an own goal by Wolves defender Rayan Aït-Nouri.

Aaronson was laughing in surprise when the news was broken to him. 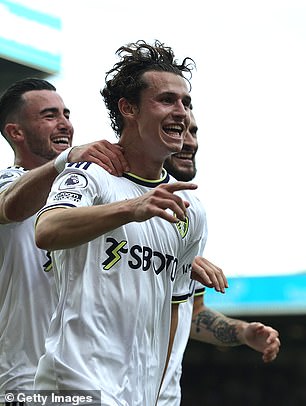 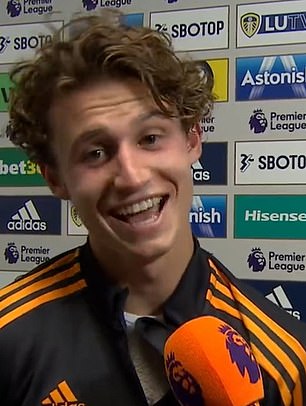 Brenden Aaronson thought he won the game, but laughed when finding it was an own goal

‘I touched it in there. I was in there and I thought it came off my shin somewhere in there, so I’m taking credit for it,’ Aaronson told reporters after the match.

Despite the goal being taken away from his tally, it was a solid debut for the New Jersey native.

‘Its always great to win you know? Winning at home at Elland Road for the first time,’ Aaronson remarked

‘What a wonderful experience for me and the team to get the win today. It’s a great start to the season.’

Alongside Aaronson, newly acquired USMNT midfielder Tyler Adams made his debut for the Peacocks.

Wolves struck first with a goal from Daniel Podence just six minutes into the match.

Leeds countered in the 24′ thanks to a goal from Rodrigo after Man of the Match Jack Harrison forced a turnover inside the Wolves 18-yard box.

A win to start the campaign bodes well for manager Jesse Marsch, who will prepare the squad for a trip south to play Southampton next Saturday.

After the match, Marsch was caught on camera in a heated exchange with Wolves boss Bruno Lage, that Marsch insisted was ‘nothing serious’. 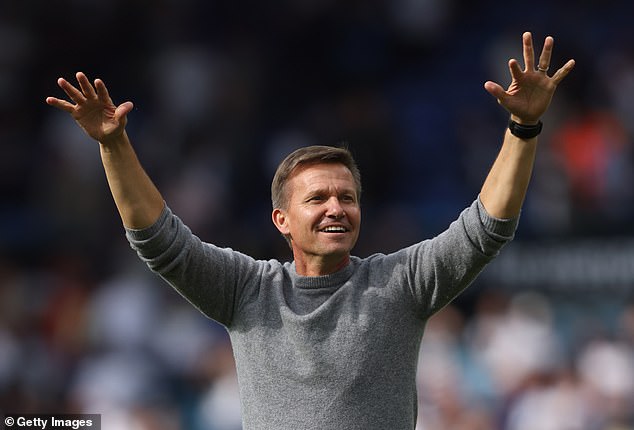